We Bleed the Same 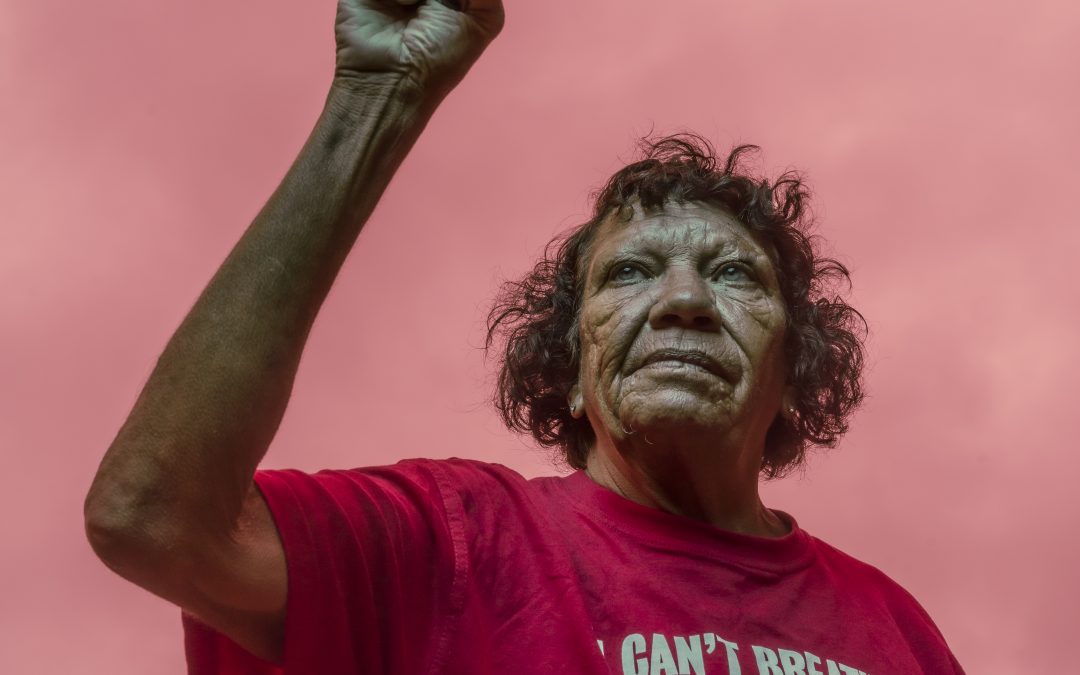 Inspired by the #RacismNOTWelcome campaign, journalist and film maker Liz Deep-Jones has joined forces with top Australian photographer Tim Bauer to present an exhibition exploring racism and diversity in Australia through the lens  of immigrants, refugees and First Nations people … questioning and demonstrating who we are as a nation.

39 people from varied backgrounds, religion and race feature in the exhibition in stunning portraits. They share their stories on film (some having fled persecution and war) about their diverse cultures and experiences with racism in their home Australia, ‘The Lucky Country’.

“Racism makes me feel like I’m less than human, makes me feel insignificant, like I’m not even there … Today, I know that we need to stand up and be proud of who we are on our country and that cannot be ignored.”

Larrakia man,Thomas Mayor – Signatory to the Uluru Statement from the Heart.

“I was kidnapped from my loving family and taken to a cruel boys home where I was abused. I wasn’t even allowed to use my name. I was called number 36. If I used my name I was beaten under a racist government policy trying to make us assimilate.”

“Do you speak English?”

These are some of the racist policies and remarks some of the people featured in this exhibition have been subjected to in Australia – their home.

Residents across Australia have also been invited to share their photographs reflecting their culture and lifestyle in Australia. These photographs will be displayed on an iconic Aussie symbol – the Hills Hoist and using the Red String of Fate Japanese Legend: (Bounding people together by fate). The ulnar artery which flows from the heart to the pinky extends past the tip of the finger into the form of an invisible red string which flows out and goes on to intertwine with the red strings of other people connecting your heart with theirs. We’re all connected despite our differences! This installation will grow like a tree with more pictures included from each venue at which we host our exhibition. 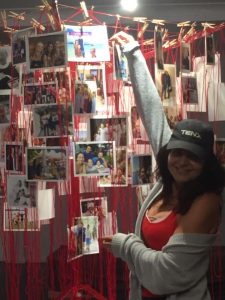 Liz Deep-Jones finding the red threads that unite us.

The exhibition opens on Tuesday June 15th and continues through to June 27th at the Stirrup Gallery inside the Addison Road Community Centre at 142 Addison Road, Marrickville.

On June 20th, at the Stirrup Gallery, Liz will also host ‘A Night In Conversation’ with two people featured in the show – recently released refugee Thanush Selvarasa and refugee advocate Craig Foster AM. 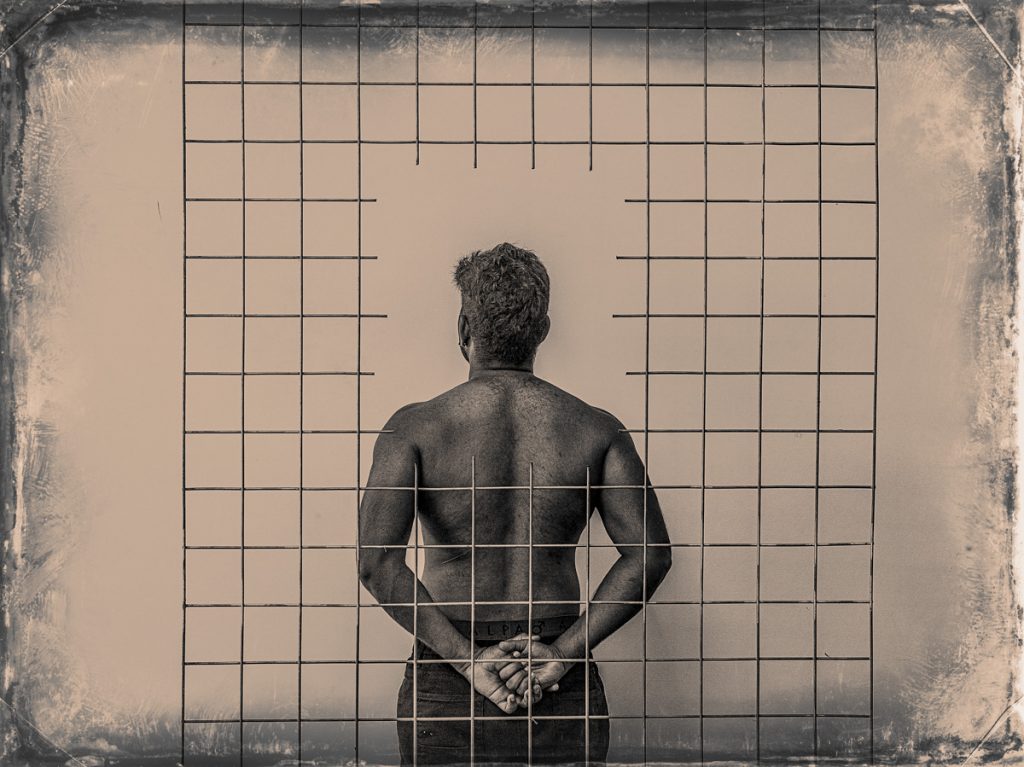 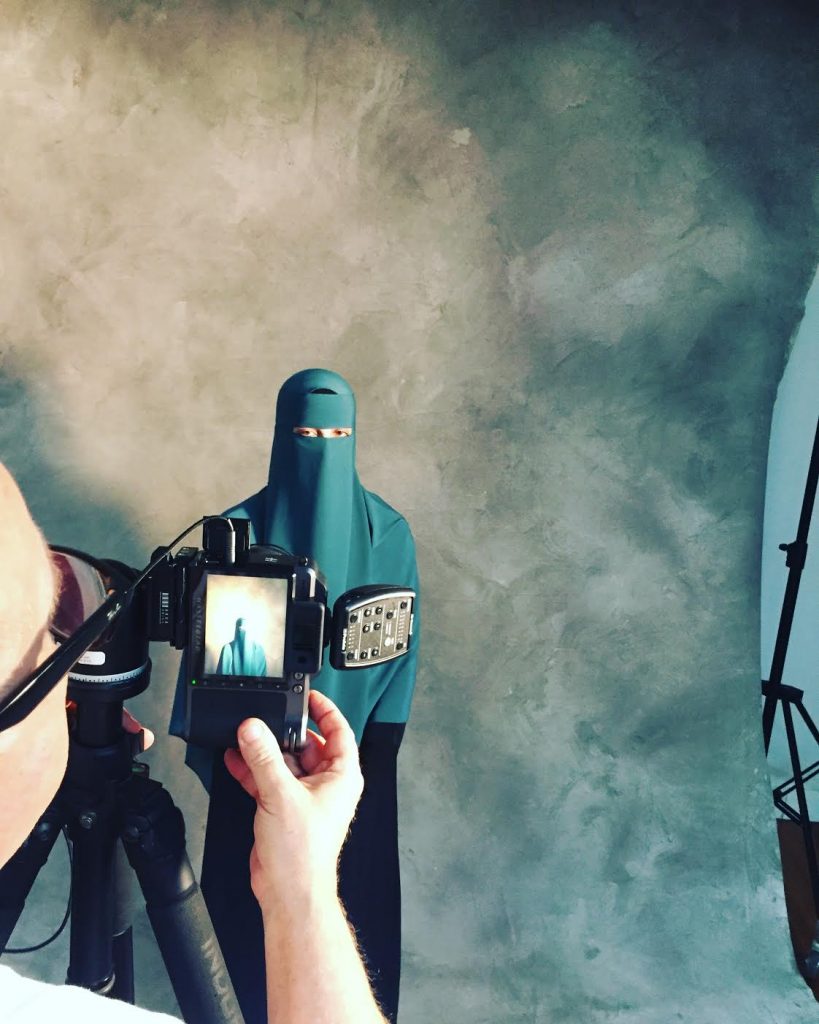 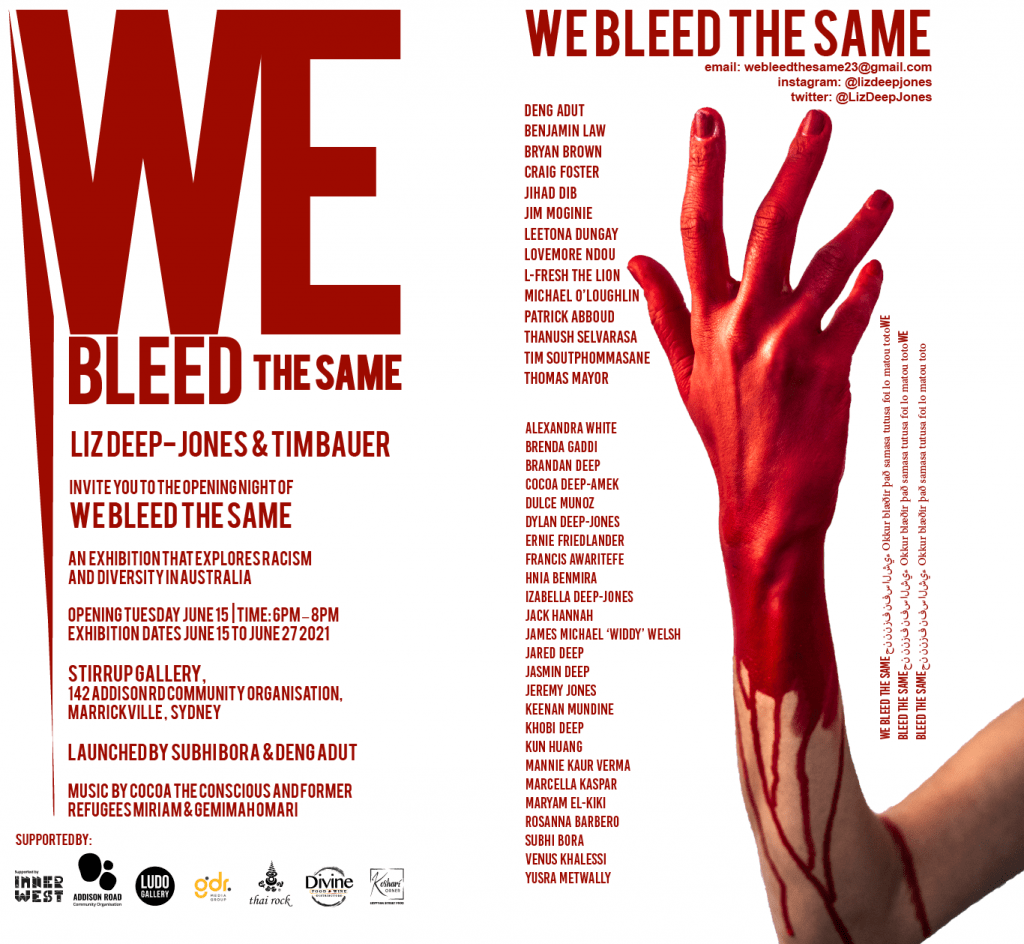