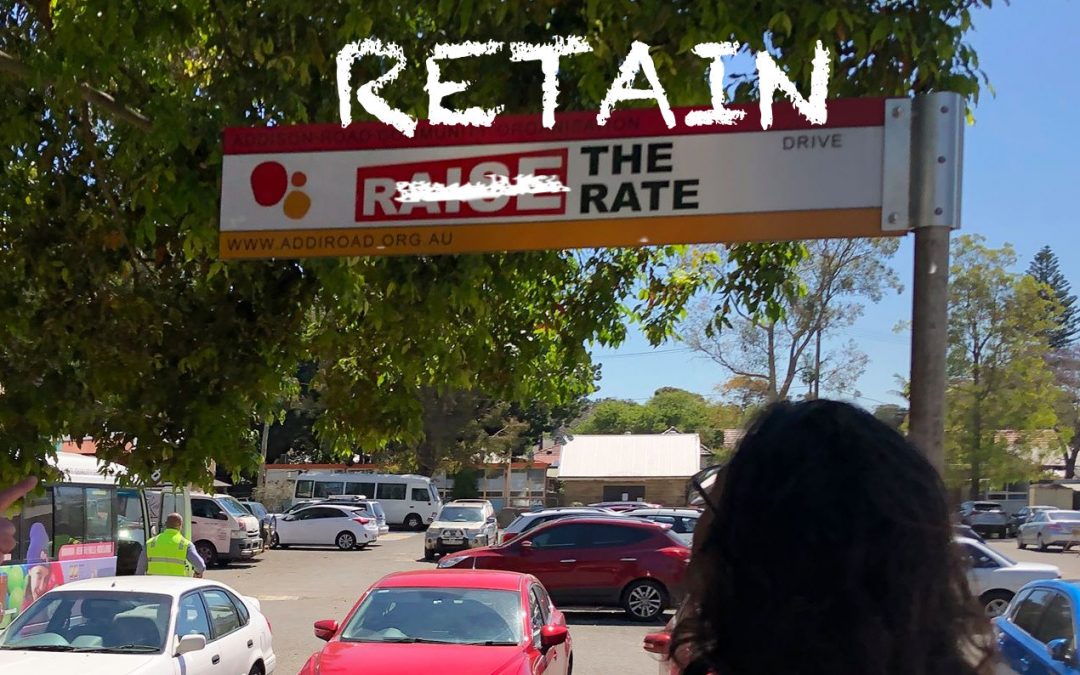 Addison Road Community Organisation has been working with ACOSS (Australian Council of Social Services) and the Inner West Raise The Rate Group on a campaign  to increase the rate of Newstart  for the last two years.

We also inputted into the Senate Committee’s Inquiry into the adequacy of Newstart and related payments and alternative mechanisms to determine the level of income support payments in Australia.

The Committee released its report last week and can be accessed on the committee’s website via the following link:

The report includes 27 recommendations about Newstart, and how to make the social security system a more dignified experience for people who need this support to survive, and thrive.

Critically the report recommends that the Government establish a poverty level in Australia, and ensure that social security payments be set at a level that means that people relying on this support do not live in poverty.

The Newstart rate (pre COVID) was set at approximately $40 a day, which placed recipients well below the poverty line, even with ‘add on’ benefits such as rent assistance.

At Addison Road we witnessed first hand how people on Newstart were struggling to put food on the table, after playing for rent, electricity and transport costs. Sadly we observed time and time again how food had become a discretionary item, and how many were living on one meal a day just to survive on the payment.

Our Food Pantry became a food shop of necessity, rather than choice, for many people in the Inner West relying on Newstart as their only source of income.

As part of its response to COVID the government increased Newstart (now called Jobseekers) by $550 per fortnight.

This ‘supplement’ has significantly improved the economic situation for people who were previously reliant on the Newstart rate.

People now talk about being able to shop at the major supermarkets for the first time in a long time, and about having some dignity and choice back in their lives.

The legislation that enabled the Jobseeker supplement only commits that payment (supplement)  up until the end of August, 2020.

There is growing concern and anxiety in the community that beyond this Jobseeker will revert back to the same level as Newstart previously.

We need to start campaigning as a community to make sure this doesn’t happen.

Some politicians are already putting pressure on the government to ‘wind back’ the economic support being provided at this time.

The Inner West Raise the Rate Group contends that if  the original unemployment benefit (Newstart) wasn’t sufficient to ensure people who were became unemployed due to COVID a fair and reasonable standard of living, then why do we expect others who remain unemployed to be able to survive on that amount?

Attached is a copy of a press release issued by ACOSS, in response to the release of the report.

Here is a recent article in support of maintaining an increase in Newstart which you might be interested in reading:

What you can do

If you would like to support the Inner West Raise The Rate Group you could contact your local Federal MP, as well as the following Senators in the Government to make your concerns known: