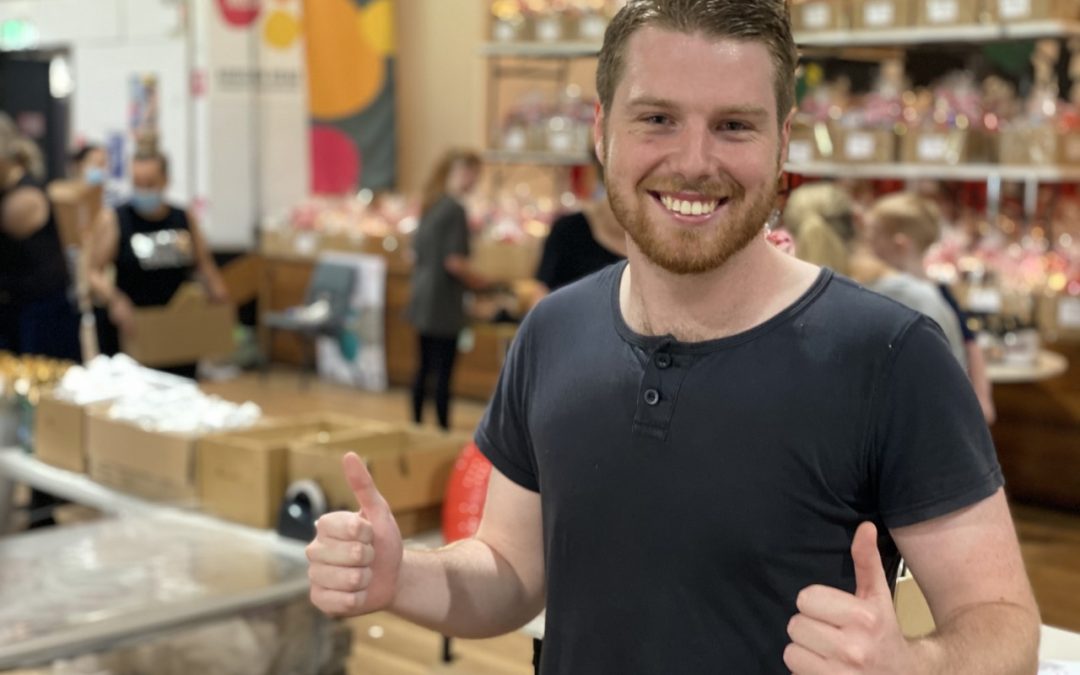 Red Frogs have come in to pick up some of Addi Road’s ‘Hampers of Hope’. As Justin explains, they basically do their best to “take care of drunk teenagers and youth at risk”. Red Frogs first made their presence felt at things like Schoolies on the Gold Coast. This was where their skateboarding founder Andy Gourley got the idea back in 1997 that groups of youths at the massive drinking parties needed at least one designated sober person to watch out for their friends on the big nights out.

Things have grown across the country and internationally for Red Frogs, which does whatever it can at everything from music festivals and sporting events to ventures out to skate parks and working with everyone from the police to schools and universities.

Justin of Red Frogs explains that big problems can come from simple fears and confusion. “You don’t want to tell the cops or your parents the whole story because you’re frightened you will get in to trouble or get your friends in to trouble. Maybe drugs have been involved as well as alcohol. All kinds of things might have happened. But we try to let them know it’s not going to be like that and the real concern is just everyone’s well-being.”

At music and sporting events and alike, Red Frogs will hand out things like water and sunscreen just to let people know who they are. A lot of it comes down to trust. And kids understanding they have another backstop, as well the chance to make some smarter decisions sooner.

Despite their origins in Citipointe Church in Brisbane, they try not push their Christian background and do their best to focus on the task at hand: helping young people in trouble straighten out in a messy situation and recover from the worst of whatever might have happened. Better still, they do their best to stop bad things happening – simple support activities like walking people safely home during Schoolies Week, as well as spreading harm minimisation messages that are practical and most likely to be adopted by young people.

Justin talks about how “the increase in technology has led to an increase in pressure. So there are greater needs than ever for support services for youth.” He says that “social media has its ups. And it has its real downs. One of the worst pressures is the comparisons being made all the time to one another.” 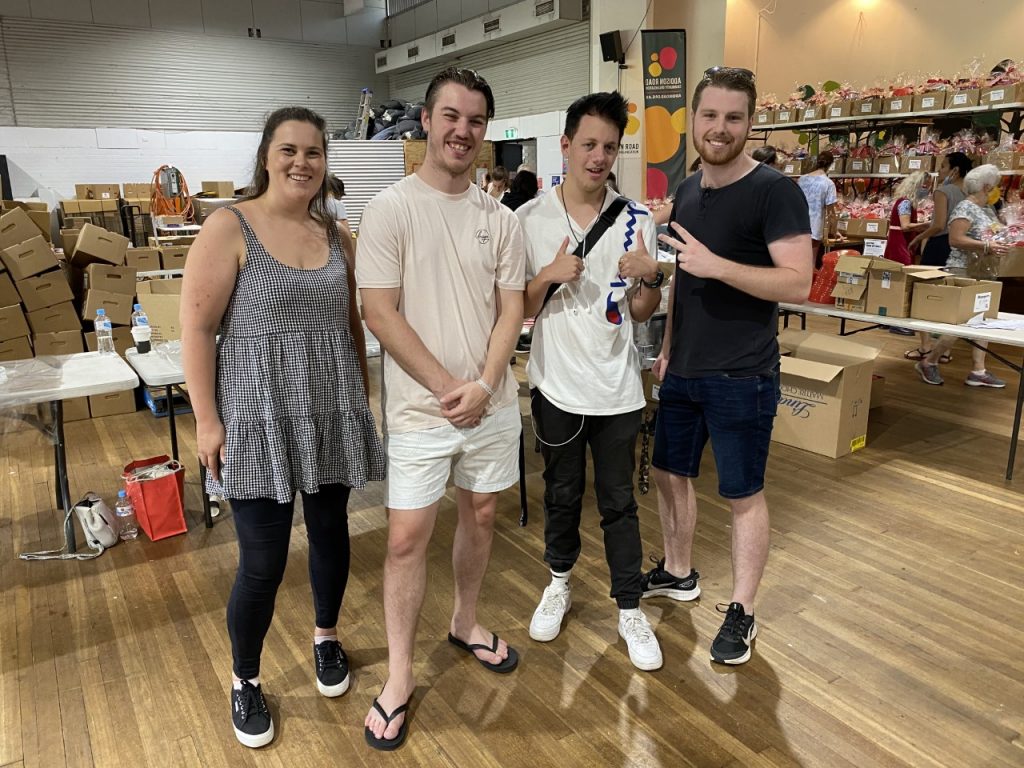 Alcohol and drug use are a way to not only let off steam; they can become a refuge for youth who can’t take that kind of relentless pressure in their day-to-day lives. Big events can encourage the most extreme behaviour of all as this pressure cooker blows. Angela from Red Frogs mentions a suicide that took place on the Gold Coast just last year at Schoolies Week while they were volunteering. Most of the Red Frogs are barely more than kids themselves, many of them in the early 20s and therefore best able to relate to their peers, some with background struggles that have led them to take an interest in the organisation and its work. “After that suicide happened, Lifeline came to see us to make sure we were all okay,” Angela says. “We’re well supported, but it can still be heavy.”

Today they’re here to collect a whole bunch of ‘Hampers of Hope’ from the Addison Road Community Organisation. Red Frogs are just one of the over 60 charity and community groups that are coming to get the hampers. Red Frogs volunteers will go out later today and tomorrow to meet young people who can use a bit of cheering up and who can bring the hampers home to their friends or family. They’ll do this at the skateparks and other places where youth gather and no one seems to be interested, or knows quite what is going on but the young people themselves. A little kindness like this can go a long way. And it’s a calling card too, so that youths know who Red Frogs are – and that they are there on good days; and will do their best to around if those days happen to turn bad.

To find out more get in touch at www.addiroad.org.au