Reach for the Sky 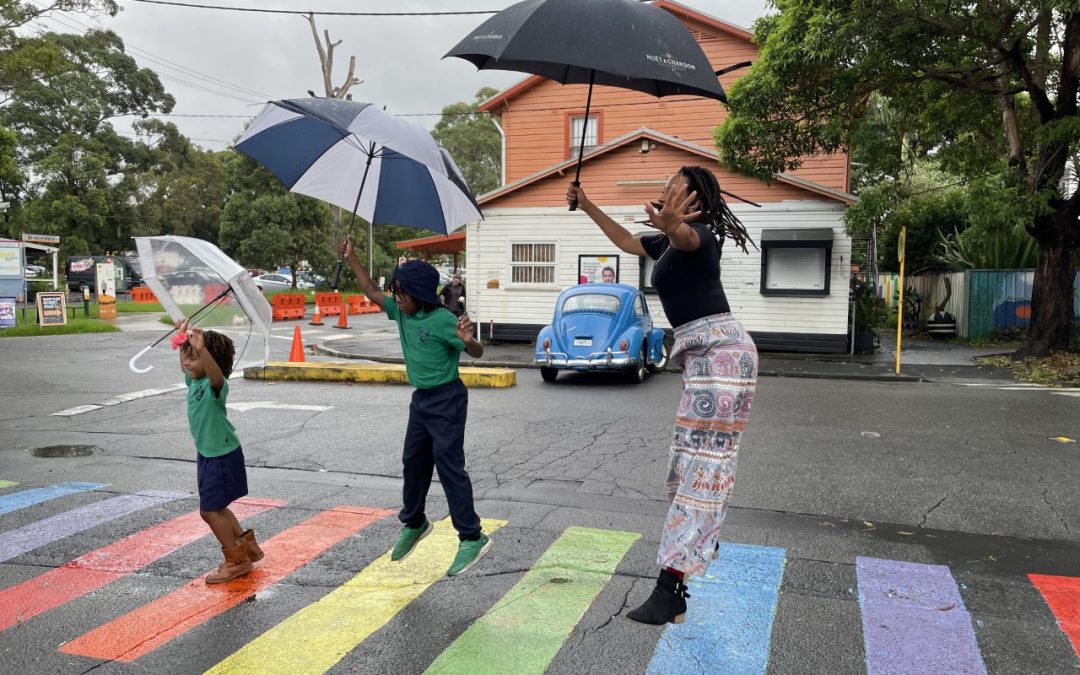 Another day, another dawn. Kween G has brought her daughter Yaa and her son Proffessah down to the ‘Addi Road meets Abbey Road’ photo shoot.

We’re preparing to mark International Women’s Day 2022 tomorrow with yet another play on our ‘Addi Road meets Abbey Road’ image-making. Our fourth fab female Beatle for the morning is AWOL, so photographer Dani Harte encourages Kween and her kids to have fun while we wait.

Women are everywhere with cameras, umbrellas, ladders, raincoats, all working on the morning shoot in patchy rain. It is quite some gathering and there is a lot of amusement as the weather mostly holds in our favour.

“We love the rain,” Kween says. So they don’t have to fake anything as it begins to sprinkle down again. Kween tries to explain to her kids what the photo shoot is all about, “a day celebrating women across the globe”.

She asks them questions, joshes them a little to reply. Her son Proffessah says he has heard “someone will put a love heart in the sky for International Women’s Day”. Yaa says she is pleased to have had a Nesquik treat for breakfast!

Kween laughs at her daughter’s breakfast drink angle on the day. “It’s just nice to be here and be into the rhythm of getting up and being around people,” Kween says. “I like taking my kids to things like this, especially at Addi Road, which is inclusive in realistic ways. There are not limits in having the kids around; they’re not treated like they are in the way. They can feel a part of it all.”

“Mothers do things,” Kween says. “They do things all the time. And they need to do them with their kids.” The rain begins to break a little more strongly. She bends down and hugs Yaa, then pulls Proffessah to her in a larger embrace. “We better get to school.”