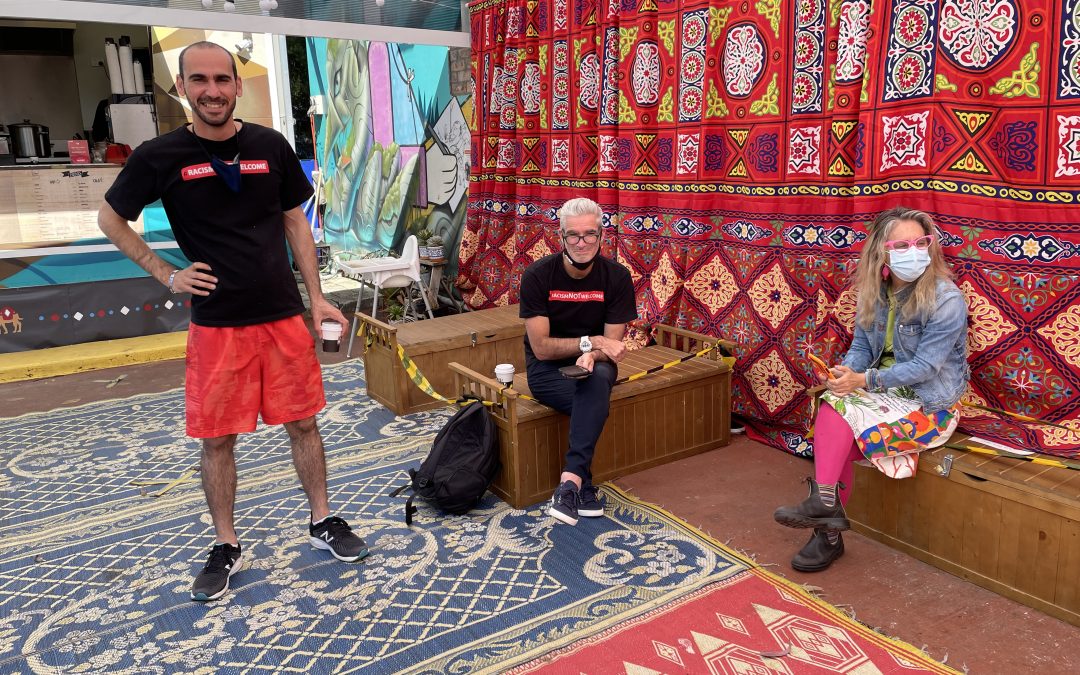 Moz has spent years in PNG sweating like a dog in the humid heat, told he is not wanted here. Craig has captained Australia in football and leads the way now off field, never giving an inch in his fight for refugees and a just country. Rosanna is the leader at Addison Road Community Organisation, envisioning and creating a place feeding a hungry city during lockdown, in-between rolling the fight up to any one keeping people poor and robbed of their basic human rights to be a part of society.

Craig is almost ready to start filming a video for social media about a donation from Hewlett-Packard (HP) of 60 computers and head-sets for refugee kids. Moz will film it. Moz has already helped another swathe of refugees, all women, get out of Afghanistan because he was able to read identity papers for us in Farsi. 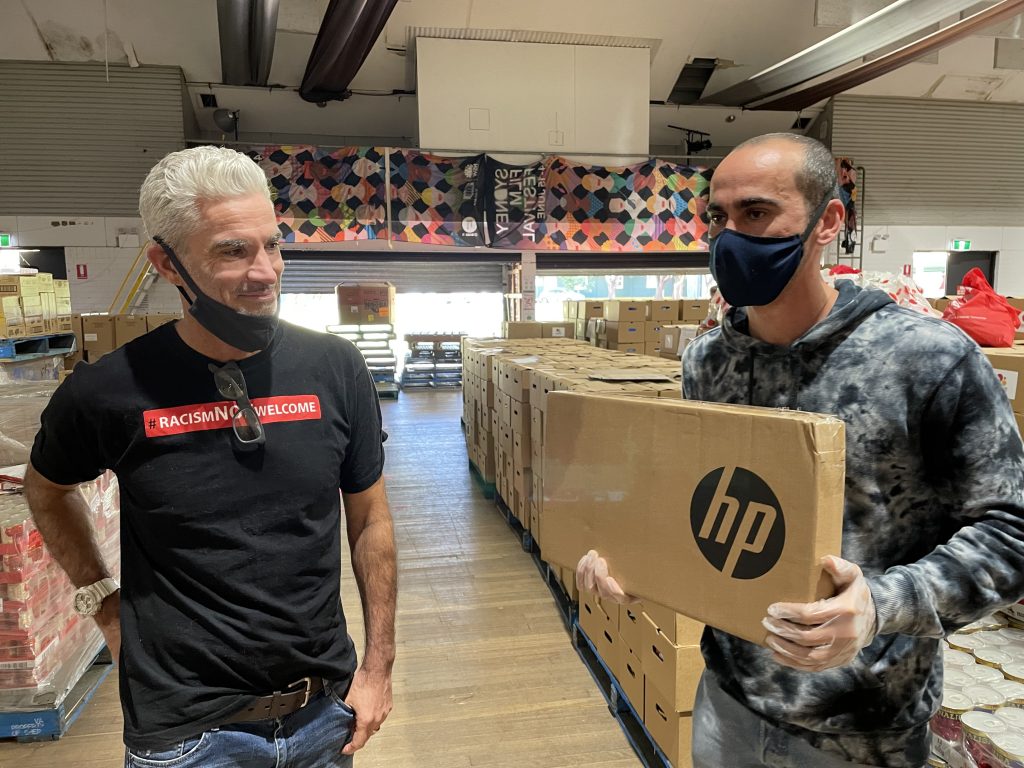 A Kurdish refugee himself, Moz spent seven years in the half-life of detention centres and alienated spaces before being set free in Australia this year. Moz now comes to Addi Road packing hampers every day for whoever needs them. Rosanna likes the way Moz does not say thank you for being here, but does so much and seeks to fight for what is right for anyone who needs a real friend in hard times.

Yeah, here they are, three people indebted to the 300 volunteers who keep this place humming. Everybody here has a history, a drama, a story. Everyone here, everyone here… that’s the mantra. They don’t need to advertise too much, other than to to want you make it all move on up and do even more. But then they do need to say a little, to get donations, to spread the word, to keep it happening.

Moz, Craig, Rosanna… A couple of cups of coffee, a couple of phones, a lot of friends, a big hall with a lot of great people behind them. Addi Road, Tuesday morning after the long weekend, a few thousand food relief hampers out this week, a bunch of great people and organisations hooking into the hub every day …