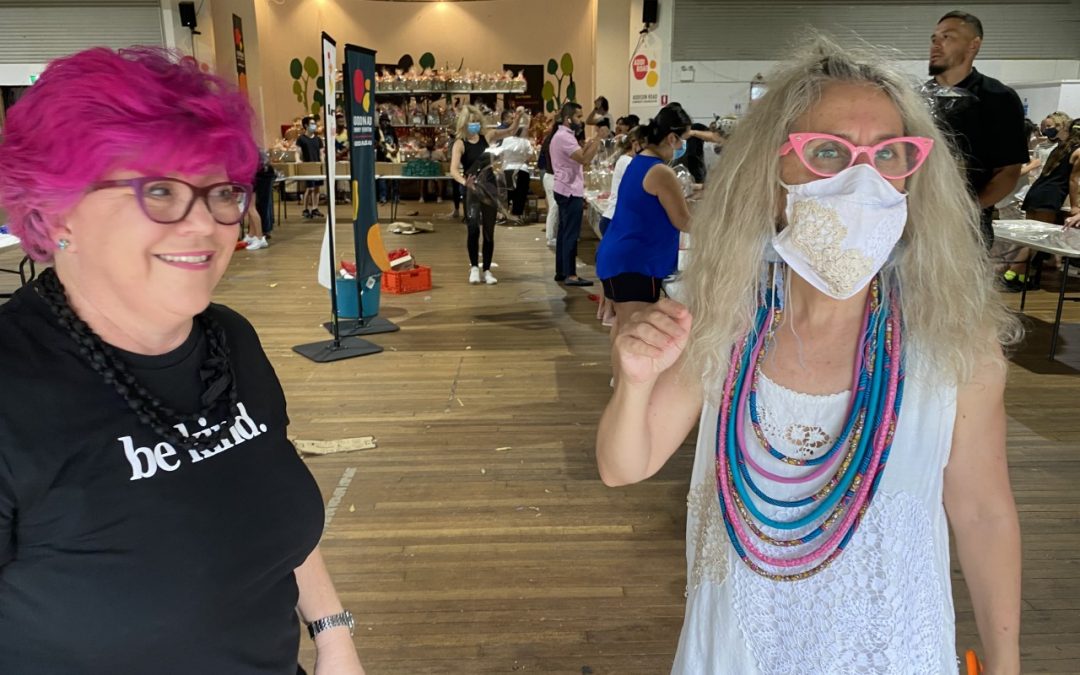 You want to use the word ‘dynamo’ when you see Sallianne McClelland in action. She seems to run on to the stage at Gumbramorra Hall in Marrickville like a gold medallist winning the race of a lifetime.

She’s been asked to speak to the volunteers who are packing our ‘Hampers of Hope’ for Christmas 2020. With her pink hair and equally bright forcefield of energy, Salianne galvanises everyone with her words, thanking Addison Road Community Organisation and all our donors and volunteers for making 1,000 special gift hampers for charity and community groups.

Sallieanne has hired a truck and has driven here to pick up 167 hampers on behalf of Mobilising for Mogo. As she talks, her hand forms a rousing fist, like a sports coach, and she tells everyone in the hall that the hampers are more than just a gift, more than momentary relief at the end of a very harsh year for the people of Mogo: “They prove that together as a community we can work to support each other and are working to support each other. They say to each person, you are seen and you are loved.”

She acknowledges the ‘Hampers of Hope’ and all that they contain … cooking oil, rice, biscuits, chocolates, makeup, sunblock, treats, small gifts and surprises … and speaks of Mogo and surrounding communities where so many lost their homes in the bushfires before having to contend with heavy rains and flooding, followed, of course, by the impact of Covid-19 for the rest of the year.

Any one of these crises would be enough to decimate a fragile regional community. But all three, one after the other? With the year almost over, many families are still living in tents.

In a quieter mood after her speech, Sallianne is under no illusions about the day-to-day struggles in Mogo. “People all around the area are putting on a brave face. But they have a lot to deal with,” she says. Then she waves her hand with weary disgust. “It’s all the usual problems. Not seeing any payout from insurance. Finding reputable builders that can be trusted. Dealing with long-term mental health issues, trauma. It’s been going on all year.”

“The hardest part,” she says, “is that the majority of people are still learning how to ask for help. Even after all this time it does not come naturally to them. It’s harder than people realise.”

Sallianne is actually a resident of the Hornsby and Ku-ring-gai region. She’s been a major force there behind the Hornsby Women’s Shelter. So much so that she was named Hornsby Woman of the Year in 2018. As soon as the bushfires hit and she saw what was happening 400km to the south in Mogo, she knew she could inspire her own community into helping. Intense bonds have been forged in spite of the great distance between Mogo and Hornsby. Now, thanks to Sallianne, Addi Road and Marrickville have become a part of that connection, too.

Remembering when she launched Mobilising for Mogo, Sallianne admits, “It was hard to know where to begin. Nobody had any real understanding of what it meant and how much people needed.” In many respects, the broader Australian community are still mostly oblivious to the damage done and the suffering that is still occurring as places like Mogo try to rebuild out of the ashes.

Describing herself informally as “a kind of caretaker” for Mogo Public School, she talks with pleasure about having secured iPads and backpacks for children at the school. Funding for a Men’s Shed. Boxed groceries. Beds. More recently, she went to about sixty pharmacists in Hornsby-Ku-ring-gai and got them to donate Ventolin inhalers for kids and adults coping with asthma.

Living in a tent for a year is no easy thing to do. “Homes and businesses were lost,” she says emphatically, alluding to an absence of infrastructure and opportunity that goes beyond putting a roof over people’s heads and keeping them healthy. The wounds run deep. She has initiated wellbeing courses to try and get people talking. She sees that the kids suffer a lot. “They are putting on a brave, resilient face like everyone else. But when you get the children on their own, when they are not around their peers, the cracks begin to show. They’re navigating it as best they can.”

She thinks back to how much damage the bushfires caused. And how slow and demanding the healing process is, on every level. There is no quick fix. “But it’s like when I set up watercolour painting classes for kids and adults for an afternoon. In that time their whole mental state changed. They felt a well-being in that time. And it made them stronger.”

As the Hampers of Hope are brought over to her truck, Sallianne gives directions for how to load them to avoid them being damaged on the long journey south to Mogo and other nearby communities along the way like Bermagui and Narooma. “It’s an act of kindness,” she says, looking at them all and closing the metal door on the vehicle with a slam. “Yes, it’s only a small thing in the larger picture. Yes, in and of itself, it won’t change anything. But it has a resounding impact. In giving these hampers to people, we are saying you are not forgotten.” 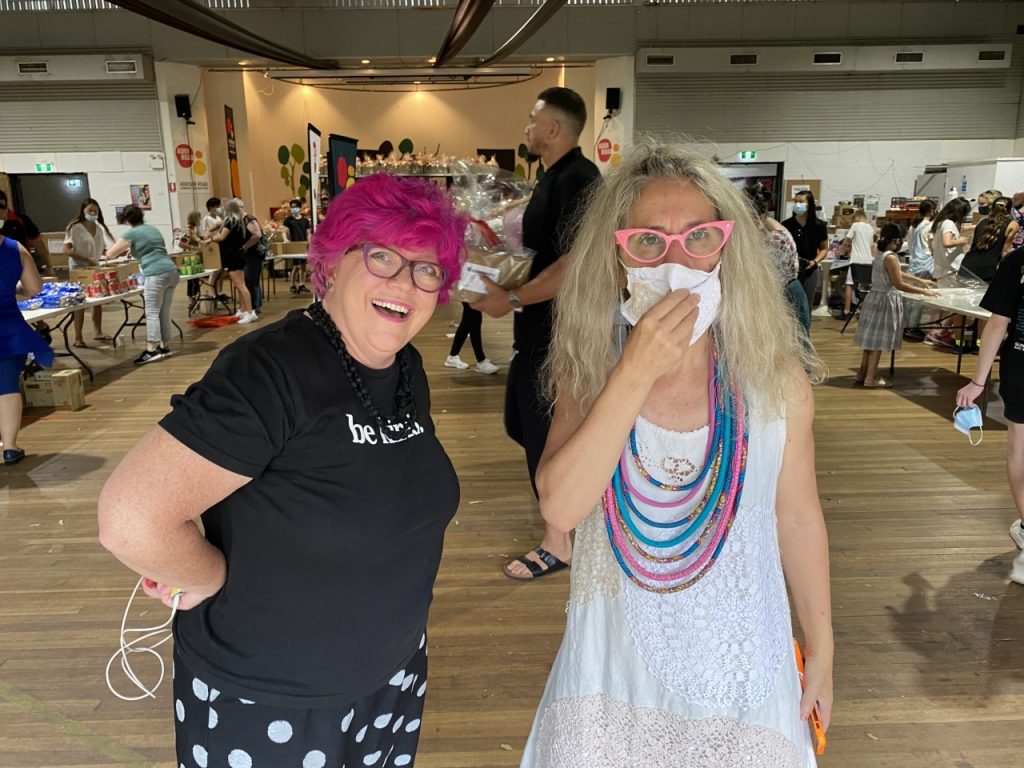 To find out more get in touch at www.addiroad.org.au