Not all ‘people smugglers’ are the same… 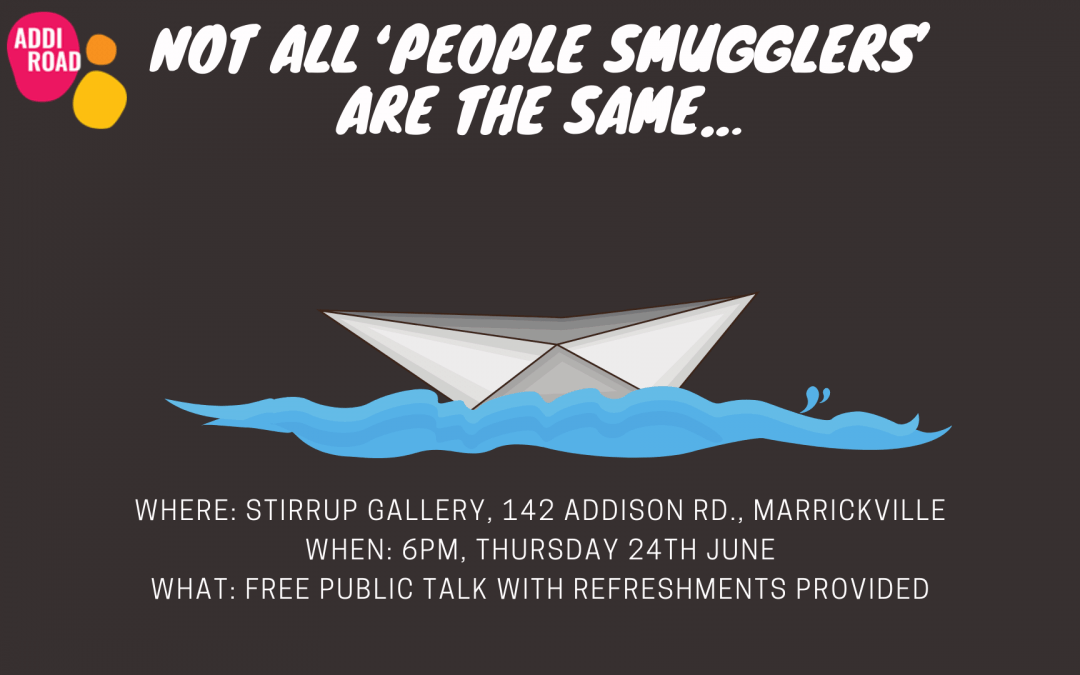 As part of our government’s ongoing attempt to deny refugees and asylum seekers a right to safety in Australia, politicians from both sides of politics have demonised so-called people smugglers. Many refugees don’t deserve our sympathy, the argument runs, because they were smuggled to our shores by criminal syndicates that traffic in human suffering. But there is more to this story.

Helping people leave their homelands because of war, persecution or natural disaster is nothing new in human history. From Jews escaping the Holocaust, ‘boat people’ fleeing communist Vietnam to families displaced by war in the Middle East, people smugglers have helped deliver countless people to safe havens.

In Refugee Week, it’s time to rescue the term ‘people smugglers’ from expedient and cynical use and to understand why they sometimes play a crucial role in rescuing refugees at their times of greatest need.

This Thursday, 24 June, join us as we discuss the fascinating story of people smuggling in Australia’s migration history, from the Second World War to the present, with special guests Ruth Balint and Carina Hoang, hosted by Minh Bui Jones.

Ruth Balint is an associate professor History at the University of New South Wales and co-author of Smuggled: An Illegal History of Journeys to Australia.

Carina Hoang is the author of Boat People, an actress and a Special Representative to Australia for the UNHCR. She came to Australia by boat when she was 16.

Minh Bui Jones is a former SBS producer, Sydney Morning Herald reporter and a child refugee. He is currently the editor of Mekong Review.

This is a free public event held at Addison Road Community Centre, a hub for multicultural advocacy and action form more than 40 years.

You can register for tickets here.