No Start At All 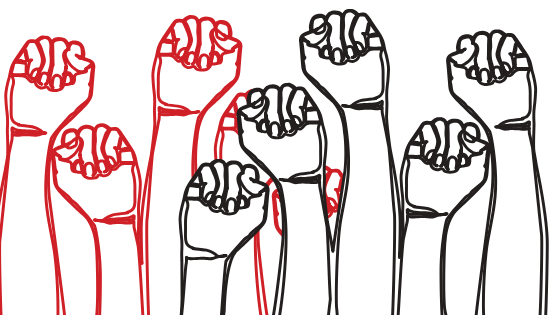 We used to be a society. Now we’re an economy.

Nowhere is this dehumanising and destructive reality more apparent than with Newstart payments, which have not seen a rise in real terms for quarter of a century. In a nation where just over 3 million people are living below the poverty line, Newstart is now the major contributing factor.

It’s extremely disappointing with the 2019 Federal Budget that the two major political parties have failed to offer any improvement on this situation (the Government), or can only talk vaguely, at best, of a ‘review’ (the Opposition) somewhere down the road. Sad days indeed when even a rabid economic rationalist like our former PM John Howard can meanwhile say “there is an argument” for raising the Newstart rate.

You may have noticed the cost of living going up over the last 25 years, the rents or mortgage rates you pay, the cost of fruit and vegetables, the price of a train ticket or a bus fare, your petrol, your bread… But one thing you will most definitely notice if you fall into the shadow-world of Newstart is this: your rapid descent into crippling poverty; the unwarranted bureaucratic harassment that you can’t seem to escape; and a culture of systemic oppression the likes of which will stun you.

Currently some 828,000 people are on Newstart and Youth Allowance. A single adult can get $278 a week to live on. 15% of those on Newstart have been on it for more than five years. Despite the ‘lifters vs leaners’ rhetoric that still underlines many people’s misinformed attitudes to those suffering through unemployment, the brutal reality is a welfare system that crushes those forced to enter into it. You fall down into this particular hole and it becomes very, very hard, if not impossible to crawl back out.

There are certain crimes that will make this oblivion more intense: losing your job and being over 50 anywhere in Australia; being young and living in regional towns where local industry and business has collapsed; and, of course, being a single mother. It would be much, much better if this was someone you were not. It won’t be long before you come to recognise this – and start to feel that it’s not having lost your job that is the problem; it’s who you are.

There will also be days when you wish to God you had the time to genuinely look for work, rather than feed a system so dysfunctional it hinders your efforts. In shape and execution, being on Newstart creates conditions where being unemployed is your full-time job; where you fight to make the time to find a real job while the system screams for you to accept its drone logic and box-ticking demands.

In a predominantly bi-partisan political culture where the Liberal Party espouses the primacy of ‘family values’ – and the Labor Party purports to guarantee food on the table and petrol in the tank for working people – a vast new underclass has formed around Newstart, many of them families. Families who are not valued at a very high price at all.

Despite political bragging about a low unemployment rate, we have an equally vast network of under-employed and unreliably employed, stitching their lives together as best they can. It will take only the slightest negative jolt to the economy to avalanche them back into an unemployment system they’ve long ago learnt to fear – and a Newstart payment they know is so dismal it debases your very existence. When that shake-down happens, the lies about our low unemployment rate will find their rawer, truer numbers in a visible and exponential suffering.

Structurally, we need to put a stake through the heart of the so-called ‘job providers’ who facilitate the bullying and inefficient culture that has been purpose-built to drive people off Newstart. Let’s be honest, the privatised job providers are second-rate enterprises that mostly dedicate themselves to farming the unemployed for their own profit while paying lip-service to ‘helping’ them.

The system does not work; everyone knows it. Everyone who has been through it understands it’s not meant to work either. Its real purpose is made apparent in the unpleasantness and the ugliness that defines it. Perhaps some of that horror might be bluntly accepted as ‘just how it is’, if you weren’t also forced to put up with having to pretend it’s all there to help you. Tick that box again: it really says, ‘we are here to make your life misery and move you along at any cost.’

Failing a complete structural review of this punitive culture and its profoundly negative outcomes, we need to fight for an immediate and substantial raise in the Newstart rate. People are hungry; they’re losing their ability to help themselves, and with that the very basis of their dignity as members of our society. This collapse in people’s lives is happening today, right now, in this very hour, to hundreds of thousands of people. Newstart is no start all. It’s a betrayal of what we can do and be as a country.