Living for the City 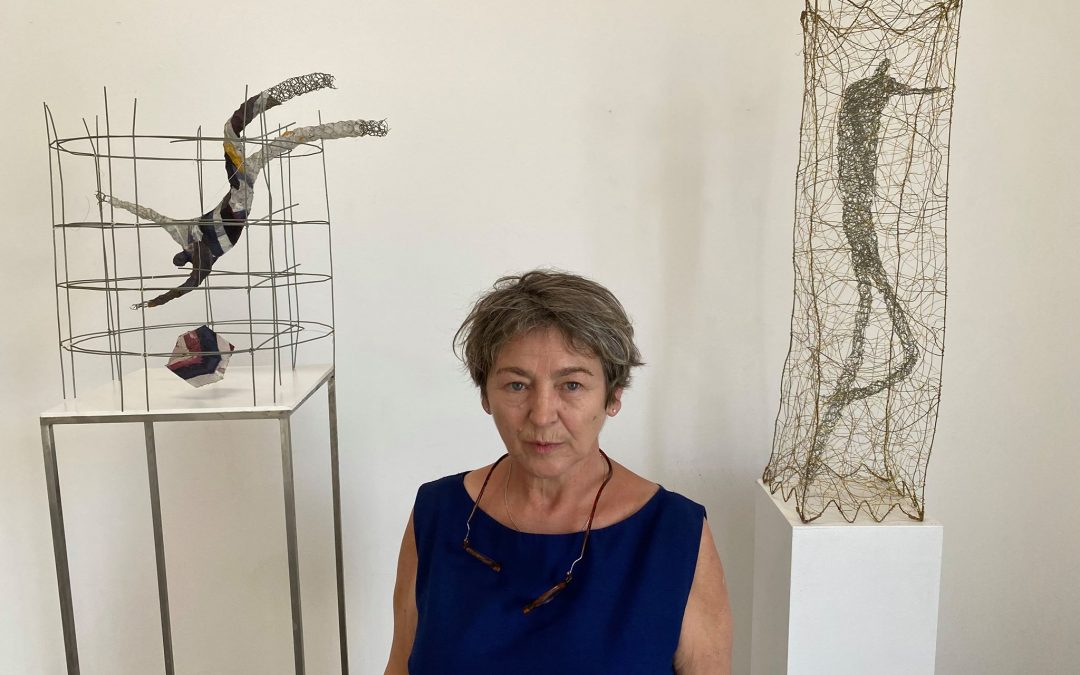 Polish-Australian artist Barbara Licha has opened her exhibition ‘In Progress’ at the Up Space Gallery, Hut 24, at the Addison Road Community Centre. Visitors will find themselves amid a world of floating figures, architectural cages, and strangely graceful urban visions that occupy the spaces between isolation and ecstasy.

Barbara says that her past work involved painting and graphic approaches to drawing that involved pen and ink. Out of the latter drawings she began to experiment in the studio with sculpture, initiating the process of creating figures with chicken wire. She soon realised, she says, “that the figures did not need clay or plaster”. And something more interesting was happening, “a sense of three dimensions with the lines. It’s like placing a drawing into the space.”

Parallels to the sculptures of Giacometti might appear as a reference, but although Barbara admires him as an artist she does not see him as an inspiration or a relevant comparison. “How can I say it? He is sad all the time. He is trying to deal with very different feelings to me.”

For Barbara, it is the German choreographer Pina Bausch who is one of the the most powerful influences on her vision, and the nature of modern dance more generally that catches her eye. A sense of movement from the figures she creates is certainly visible. At times they almost seem to float. Barbara smiles. And sees this idea of floating as something literal to our natures. “We do float. We do it all the time.” 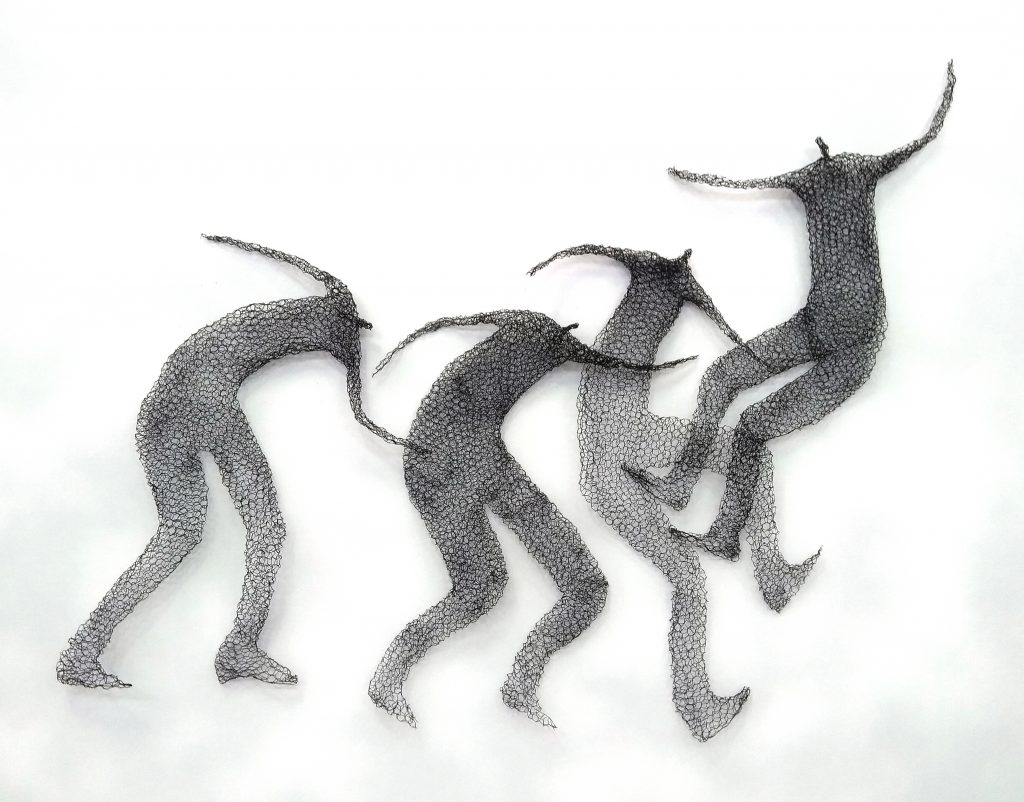 She continues to speak of her figures with great affection, even joy. “I love the figures, I love how they come their mass. They really respond to my feelings as I am making them. None can be the same.”

Barbara plans to keep making figures and structures during the time the exhibition runs, so people can witness her process and see how her individual works then come together and grow into a larger relationship.

On at least one level she is creating her own ‘inner’ city, combining forms and structures into a larger landscape that she tellingly refers to as “the silk webs”.

Mixing a greater mixture of different wires with other materials, she sees her practice advancing and deepening. There are cityscapes composed of buildings and ‘cubic’ structures that suggest apartments or homes. “I’m interested i human behaviour. And I admire what architects do with buildings,” she says.

“I love construction. But with the human involved in it, how we are searching for the emotional and finding out ways of belonging to each other. It’s a fundamental of human behaviour to be this way. To need our own space, our individuality, but to seek that connection to one another and with ourselves.

“We live together. In the end it doesn’t matter about our cubic situation, we have our space, we need our space, but we are close to one another too. We are city people after all.”

Barbara Licha, ‘In Progress’, 3pm-8pm every day from 24th February till 29th February. 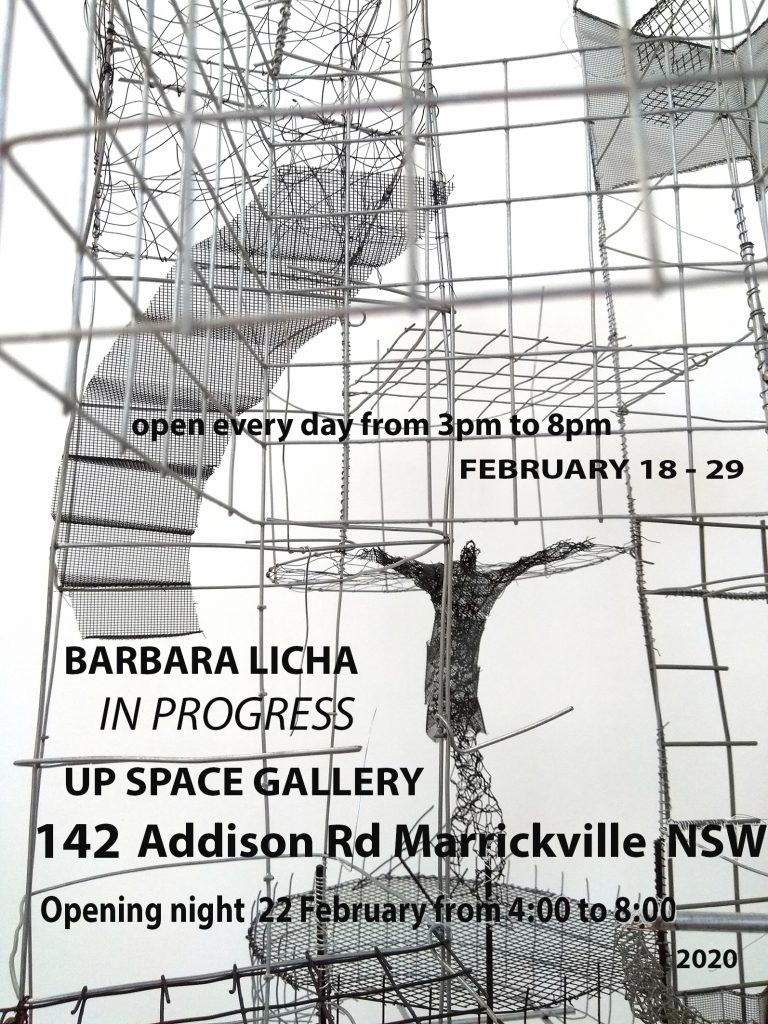