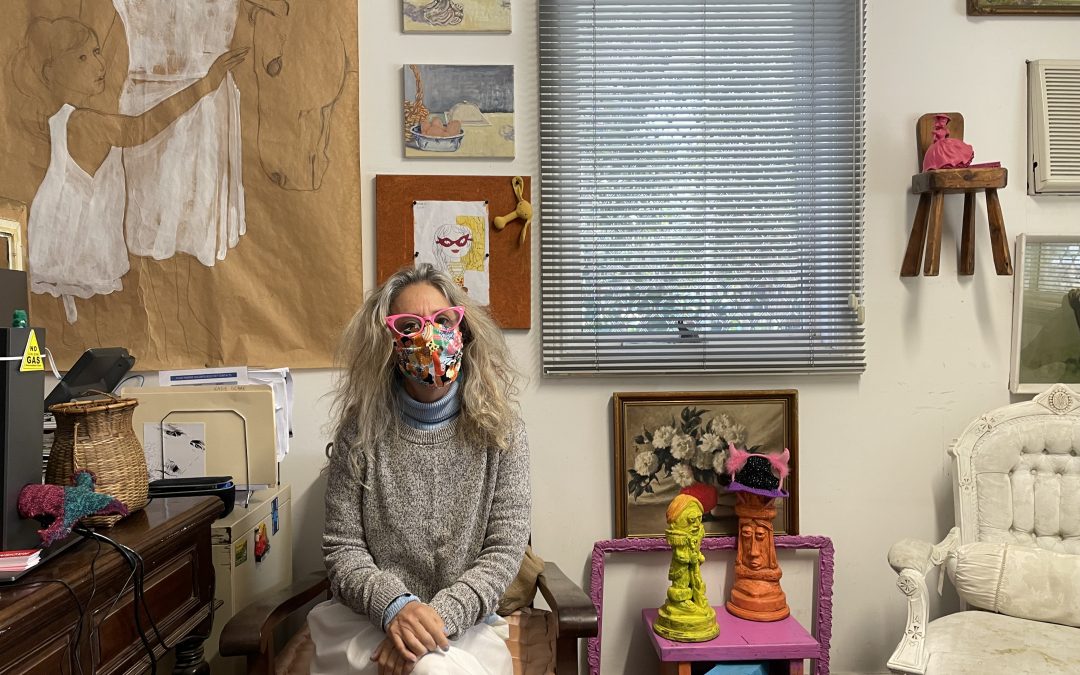 So how are things going, Rosanna? Is there a new philosophy or vision emerging beneath everything happening now? Big questions. Maybe they don’t have an answer.

Rosanna is slow and quiet, at first, in response. It’s mid-afternoon in Marrickville for the CEO of the Addison Road Community Organisation and her energy levels seem to have subsided with the day.

She has been powering the rapid expansion of the Addi Road Food Relief Hub across twelve weeks of lockdown in Sydney, providing over 2000 hampers a week and feeding some 8000 people across the city. Along with south-west Sydney, there’s a spike in outbreaks in Glebe, Redfern and Waterloo. Addi Road volunteers have also done emergency runs to Walgett and Goodooga, way out of our usual territory, but the call for help came in and we’re not usually ones to say no.

Need is growing. Need that has an almost frightening edge. What kind of vision could be an antidote to this urgency?

Rosanna leans forward, her weariness lifting and a force-field of energy kicking in as she starts to think and speak. “We need to have a more humane society,” she says, a blunt yet complete answer.

Then she begins to explain herself. “People have been saying that for a while, of course. But people are saying it now in a more fundamental way. It’s like we were delusional, then we were shell-shocked by what was happening. Now, we are not so shell-shocked. People have woken up. I am absolutely convinced of this.”

“We’ve had a wake-up call,” Rosanna says. “Our systems and our infrastructure, meant to be there for public benefit, have failed us.”

“I have been back in Australia ten years, working here at Addi Road, and I have not seen or felt or heard people wanting change as they do now. Which means people will start to put a lot more energy into bringing about that change. I really believe that is what is beginning to happen.”

“I can feel there is a ground swell. Enough concern about our fellow human beings to want to develop a rebuilding of society from the ground up. I have always focussed on that. I do believe in the local – and in the collective of the local that’s then national. And international.”

While Rosanna’s day-to-day persona might appear tougher and more pragmatic than such idealistic hopes suggest, her office is crowded with creative bric-a-brac that shows another soul: a portrait of her on the wall drawn by a ten-year-old girl called Jordan; strange, almost grotesque figurative sculptures; brightly coloured paintings of horses that suggest an obsession; a small chair attached to the wall with a cake-pink statuette of a woman dancing across the seat. It’s an inner sanctum for imagining another reality. 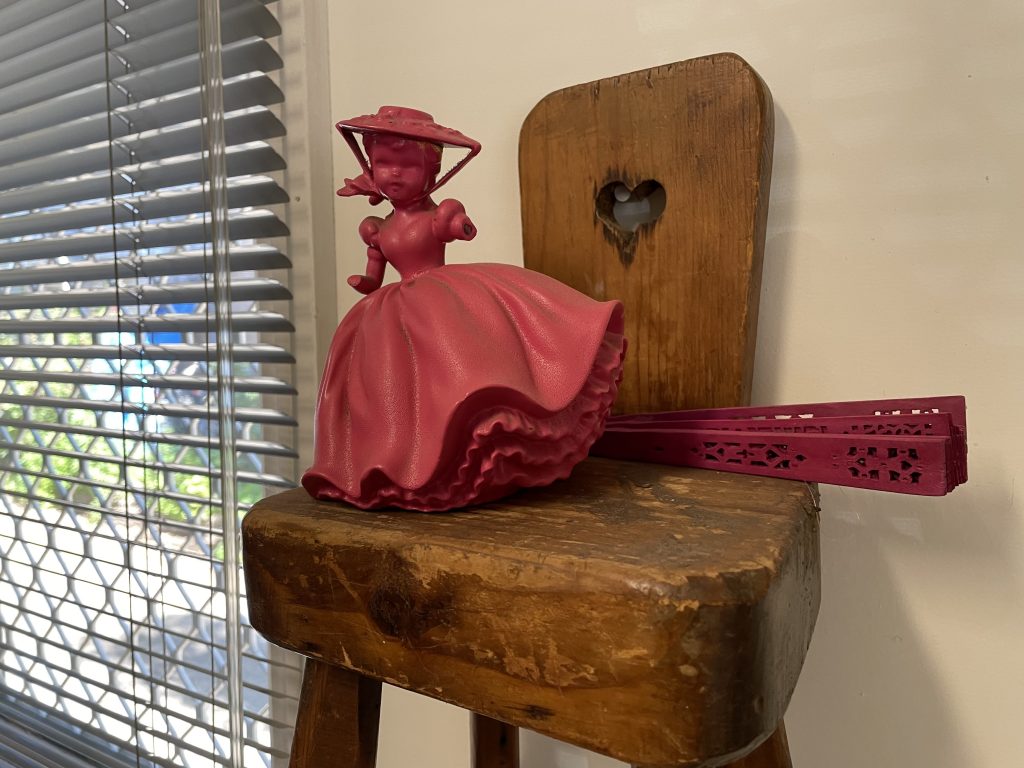 “We’ve had a wake-up call,” Rosanna says. “Our systems and our infrastructure, meant to be there for public benefit, have failed us. Health, education, our communications, our resources, the environment, our emergency services … all of them undermined. People were saying we weren’t going to be ready if something came along. ‘Oh, they’re just whinging.’ Nobody really believed the warnings because it was never tested.”

“But now we are all witnesses to a situation that is completely eroded. Now we can see that the system can’t cope. And it can’t cope with just the slightest effects of the pandemic so far. Imagine if we were in the same situation as Europe.”

“And we have seen an unveiling of gross inequality with all that. We see people in casual, insecure jobs, with low wages. All the people at work in the precariat. The problem has been that the people who talk in society, the people who have been making policy or having conversations in the media, are the people who didn’t see it. Now it’s unveiled, stark naked. And a box of food is not going to fix it.”

“I can see people’s concern about why a box of food should be needed,” she says. “The why is there now for everyone to view. The virus’ impact is different depending on your class – and your health status, which is also often dependent on class – but the response to the virus, people’s whole way of looking at it, is also dependent on their class.

This seems like a bleak revelation from someone running one of the most critical food relief hubs in Sydney. But Rosanna does see the light in the darkness. Her argument essentially points to the old wisdom that a light becomes ever sharper and clearer because of the darkness it is surrounded by.

“And that’s why I am so big on culturally appropriate food for the hampers. Because it tells people; we know your food at this time is important. We know that it matters that you recognise it and get some joy out of it.”

“If you’re from a low socioeconomic background, you can’t afford organic food and going to the gym and chiropractors and massage and all the things that maintain your health. You can’t afford to eat in a way that is nutritious. You can’t afford the time and choices necessary for good physical and mental health.”

“Household debt is so high. I call it the chain around the neck. It’s worse than just poverty. Being poor is almost neutral, whatever you get is yours to work with. But debt … it’s the poverty plus the chain. It wakes you up at night. You don’t see how you will get out of this, ever. Even if you have a job, the job only allows you to survive week to week.” 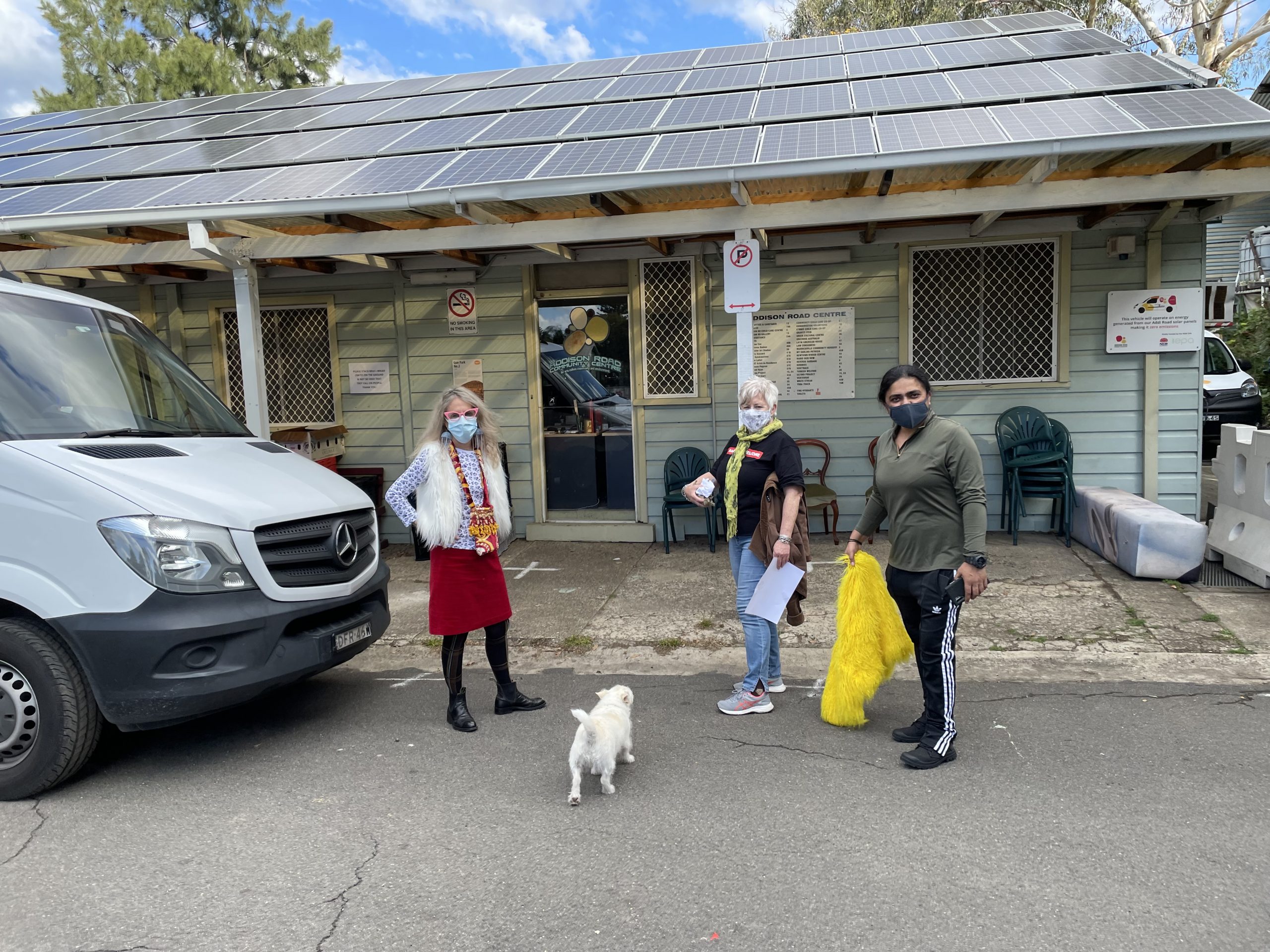