International Day for the Elimination of Racial Discrimination @ Addi Road 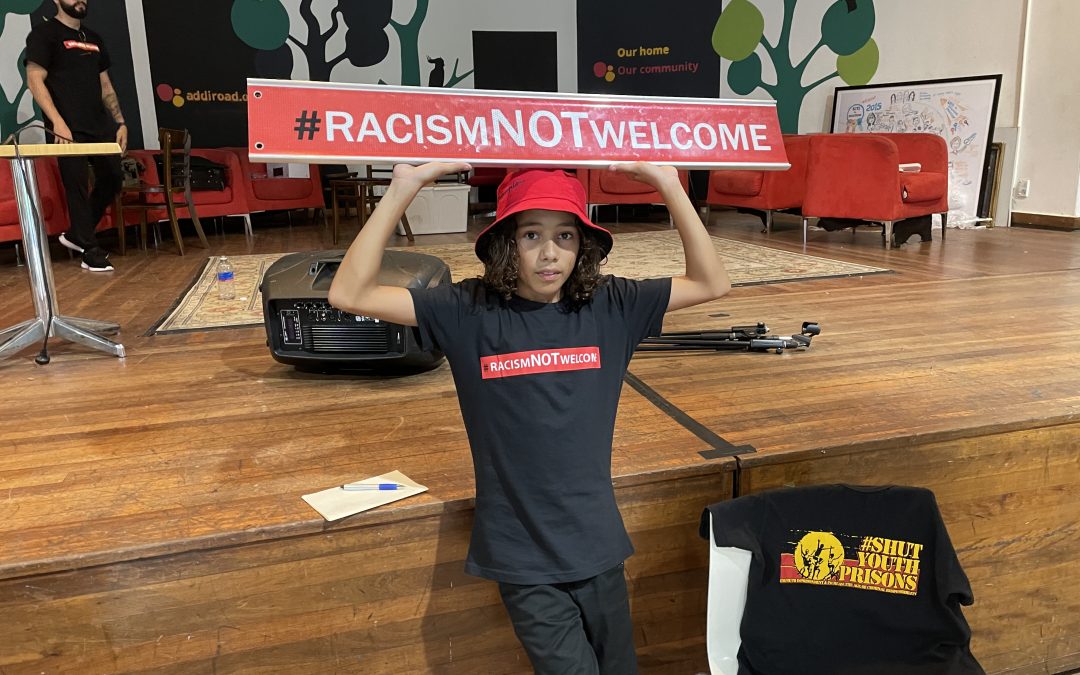 We came together at Addi Road recently to acknowledge the International Day for the Elimination of Racial Discrimination on March 21st. Wild weather had forced us to delay the event by a week, but that only intensified the feeling; an energy that’s absolutely present in the video of you can see here now.

With racism both endemic and rising – and with Australia’s rebranding of the United Nation’s International Day for the Elimination of Racial Discrimination as ‘Harmony Day’, smudging over its real purpose – it seemed all the more important to recall the true nature of the day and how it is acknowledged everywhere else in the world.

Addison Road Community Organisation has this year been working with the Inner West Multicultural Network on an anti-racism campaign that kicked off with the erection of ‘RacismNOTWelcome’ street signs around Sydney’s Inner West back in February. Other local councils and schools have now begun installing these signs too in the hope of sparking genuine conversations, affirming positive community values and alerting people to anti-Asian abuse and attacks in the wake of Covid-19, as well as our historic failure to recognise and work with First Nations Australians.

That sad history was highlighted this past weekend by large gatherings in every capital city to mark the fact it has been 30 years since the Royal Commission into Aboriginal Deaths in Custody. 30 years of failure and neglect stained by the deaths in custody of 474 First Nations people since the publication of the Royal Commission’s recommendations. Five have died since the beginning of March.

What happened here at Addi Road was altogether inspiring, which is how the truth often works on us when we face it together. Please take a look at the video below and share …

We thank the Inner West Council for supporting us on the day.