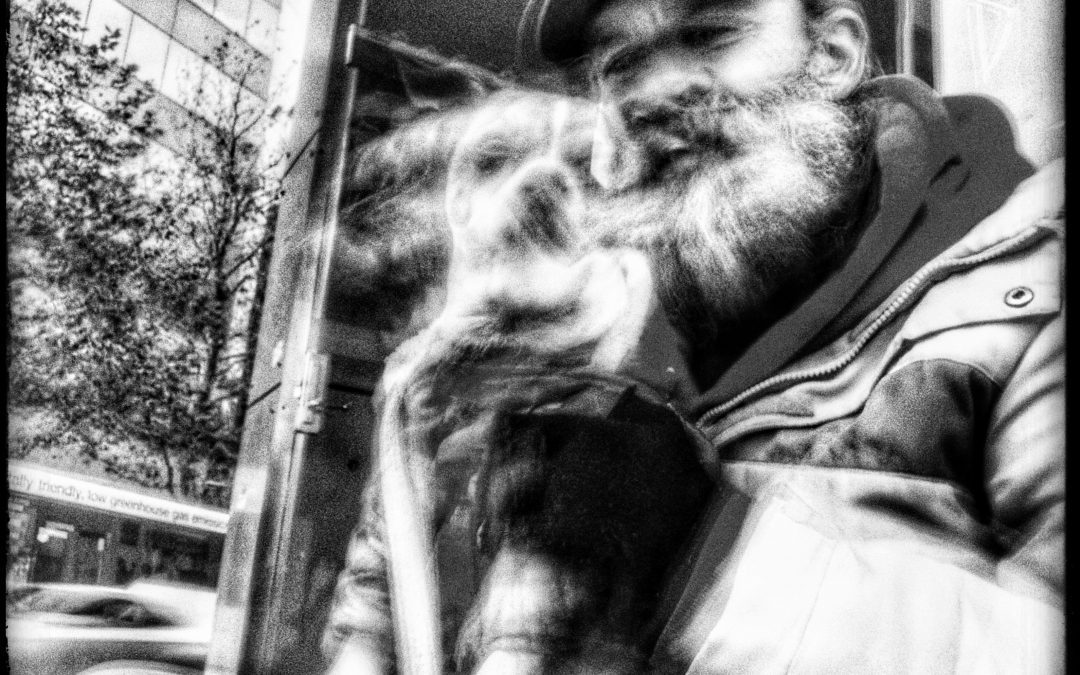 Photographer Johnny Barker describes his exhibition ‘How Many Roads’ as “a collection of time-lapse shots of men I’ve been taking around Central Station for years now.”

“The title obviously refers to Dylan’s Blowin’ in the Wind, and the roads these men may have chosen on their journey (or the roads that chose them) to call themselves “a man” – and what that even means these days compared to when they were younger, when they were required to “man up” and “be a man”, and their whole identity was wrapped up in work and masculinity.

“Now, there’s a frailty and fragility to them that called to mind the Yeats poem:

‘I heard the old, old men say,
“All that’s beautiful drifts away…”

“But if you flip that, it’s not ‘all that’s beautiful’ that drifts away, but the men themselves, who fail to reconnect with the beauty in their lives. These are the lost men, more like T.S. Eliot’s The Hollow Men, or the men from Tom Waits’ ‘On The Nickel’:

‘What becomes of the little boys,
Who never comb their hair?’

“Perry Keyes has agreed to play at the opening. Some of his songs off The Last Ghost Train Home – ‘Matthew Talbot’s Blanket’ and ‘In Ancient Rome’ in particular – work well in the context of the images.

“The photos will be for sale, but not sure how many people want lonely, out-of-focus men hanging on their walls! Once costs are covered, I’m happy to donate 50% of the profits (if there are any) to Addi Road Food Pantry.

“I’m also playing around with the concept that all roads lead home, and that is what we all search for – the concept of home, of total acceptance, of peace with one’s self and the world. And that the men in the photos appear the furthest from home, still searching, lost and immobile with their thoughts, while the traffic and people swirl around them.

“The key quote comes from Dylan’s ‘Ballad of Frankie Lee and Judas Priest’ – “When you see your neighbour carryin’ something/Help him with his load/And don’t go mistaking Paradise/For that home across the road.”