Enough with the Apps! 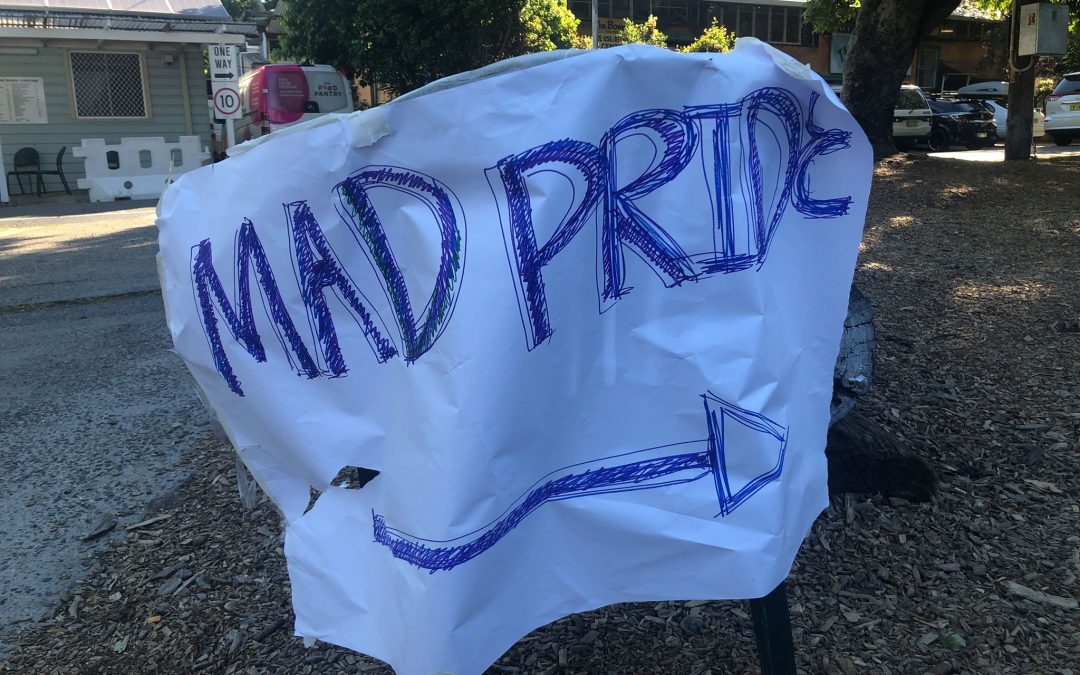 You walk into a hall and you don’t know what to expect. A panel is running. Soon enough you appreciate that a bold, intelligent, funny group of people are looking at not only themselves – but their world and how it functions. Hosted during Mental Health Month, Mad Pride brings the entire community together to celebrate the creative achievements of young people while smashing the stigma often associated with mental health experiences.

The panel happening today is a Youth Expert Panel – and it’s a revelation to hear people in command of their lives. The audience in the hall hear that they “all need to be activist therapists, activist survivors”. Headspace turns away 40% of people who turn up there seeking help. In simple terms “supply is not up to demand.” A young women asks for “fewer new apps” and more action. “There is so much research. We actually know what works.”

Mad Pride is the creation of Weave.

Weave Youth & Community Services is a non-profit community organisation that has been providing a way up and a way forward for children, young people, women, families and communities facing complex social situations. It began over 40 years ago, when a group of local Aboriginal parents concerned for the welfare of their children on the streets late at night pushed for the creation of a local youth service. Since then, “we have grown and evolved in response to what the community needs, providing responsive, collaborative and consistent support in ways that really matter. Over the years we’ve made a difference to four generations of families. While we’re proud to have come this far, we also understand there is still so much work to be done.”

On today’s Youth Expert Panel, the environmental and structural disadvantages are emphasised in the conversation on mental health – rather than individual and medicalised solutions. A young man speaks of being young and going into a clinic at age 16. There were no other young people there. “It made me feel scared, like I would always be this way.” Again and again, people speak of how hard it is to access counselling and support. Awareness of the cross-over between this lack of social justice and mental health issues was vital, from its influence as a causal factor for many problems right through to lack of treatment that only made everything worse.

Mental health workers in the audience raised their hand to ask questions and admitted times when it feels like the system is against them and everything they are trying to do. But they also spoke of how today – and their work more generally – has to be about listening to people. And that the more they – and everybody – listened their clients, the better the system could be.

And so it had begun. The Mad Pride Festival with its Youth Expert Panel. A simple, open conversation. And all these people listening. Seafood and vegetarian meals were being turned over outside in giant woks. The DJ was getting ready. A youth photography exhibition was on display along with other communal art projects and messages across the walls. Music was beginning to surge. A band was going to play. 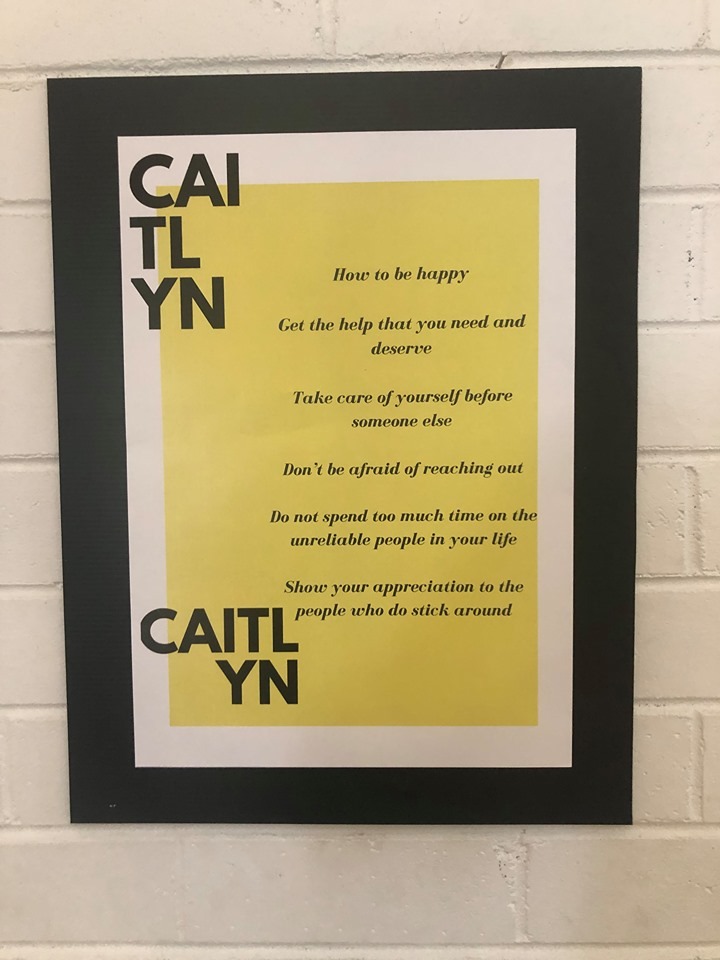 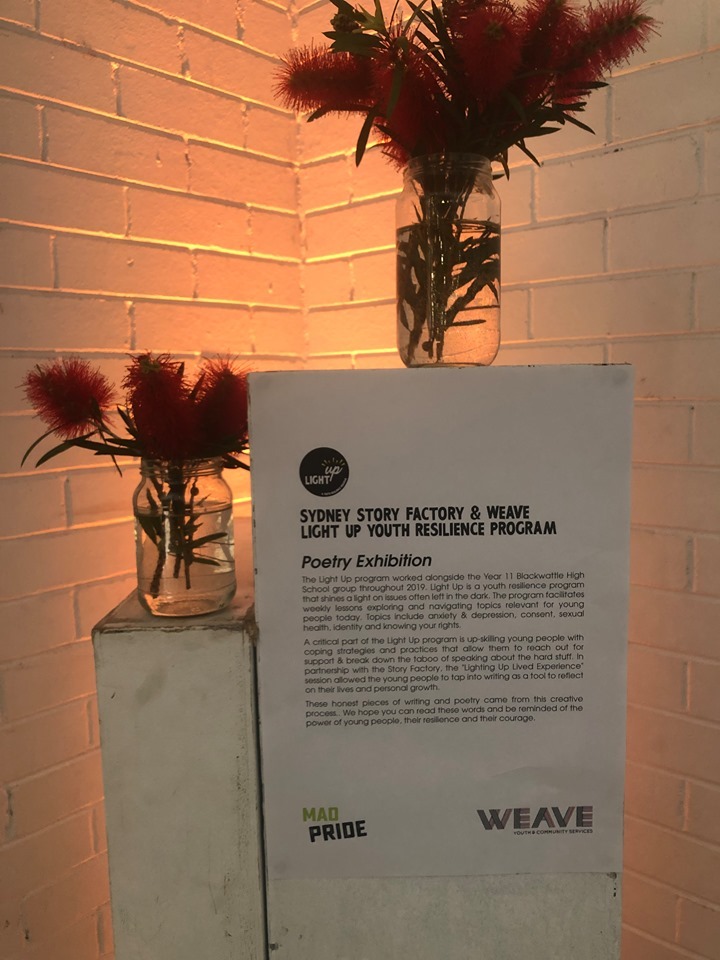 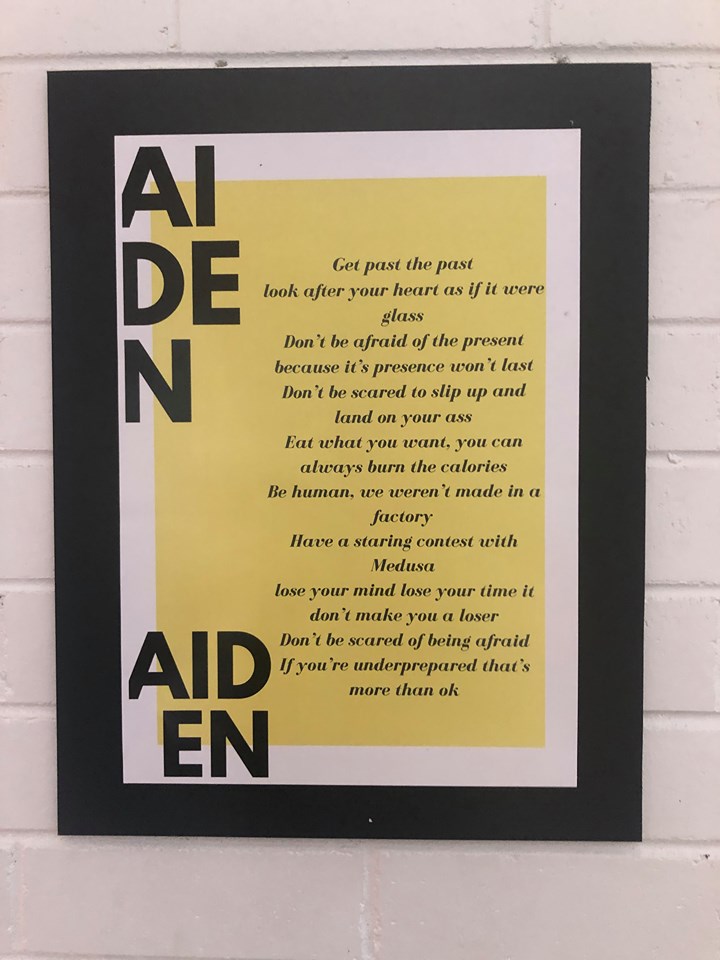 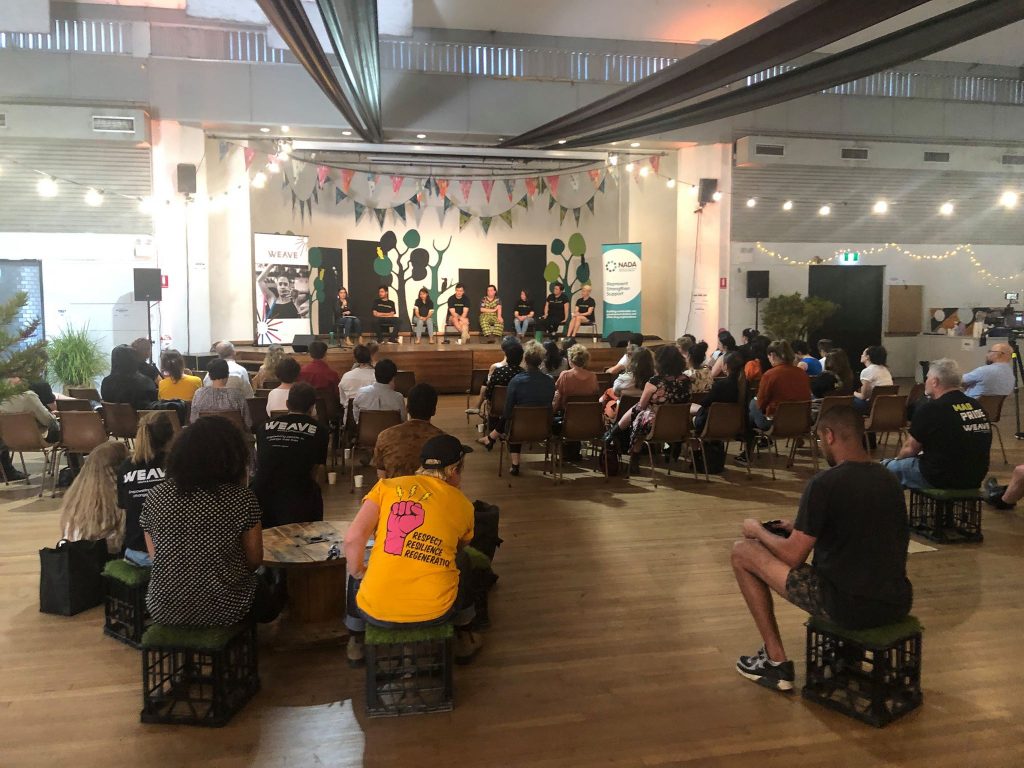 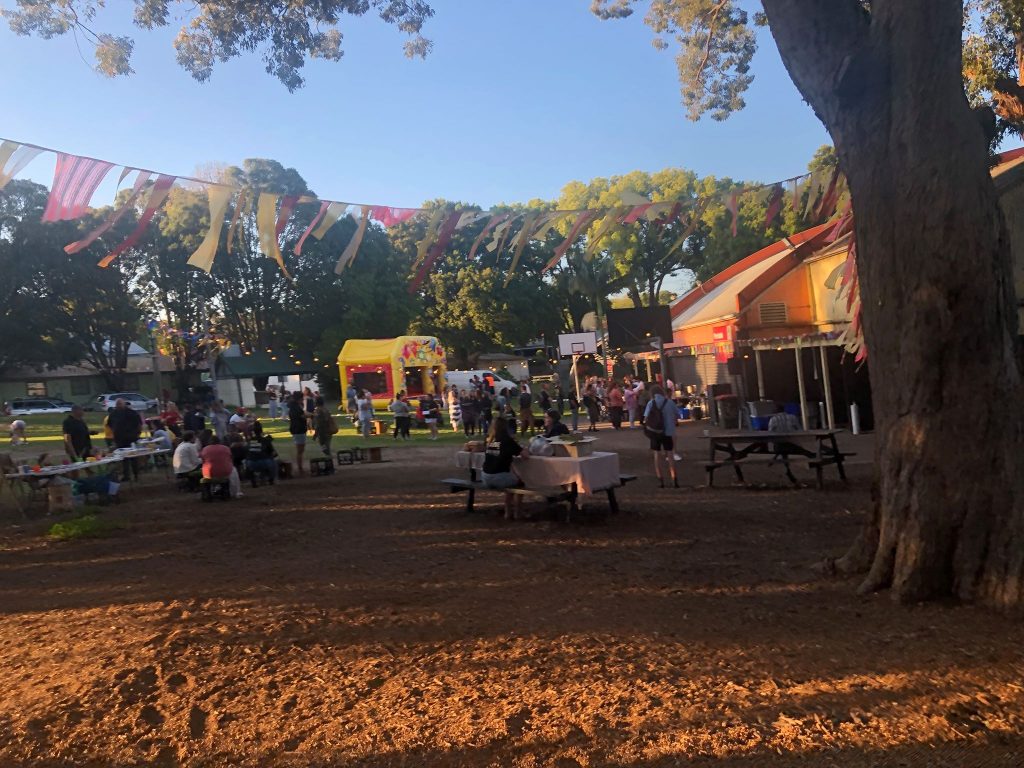 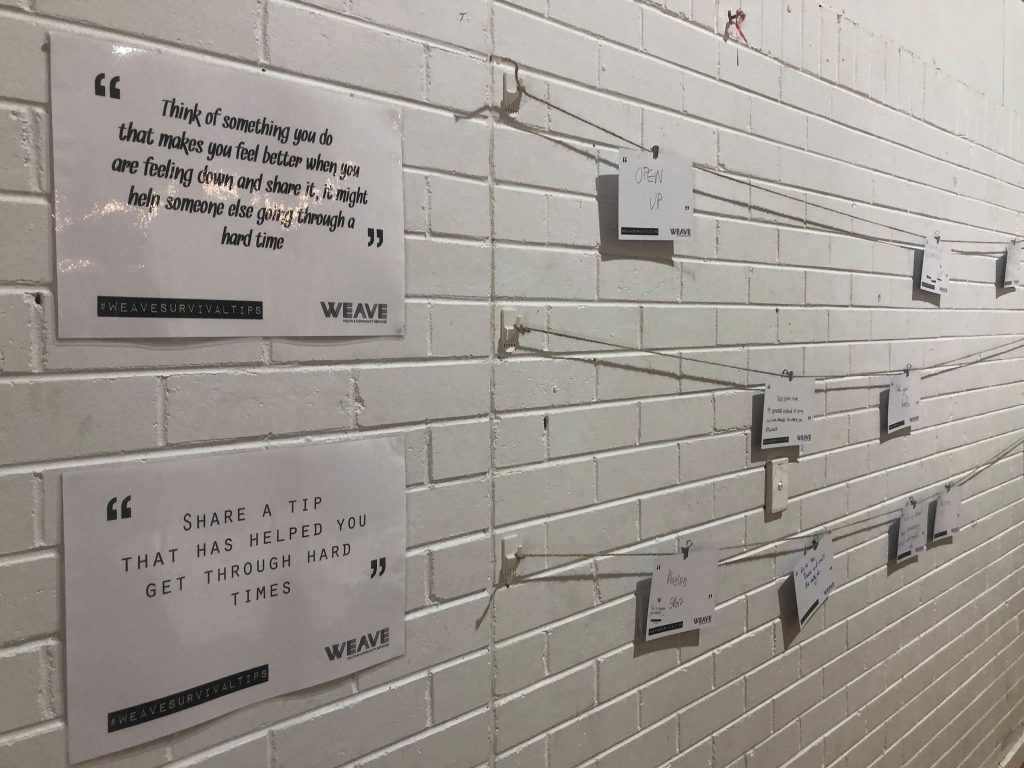 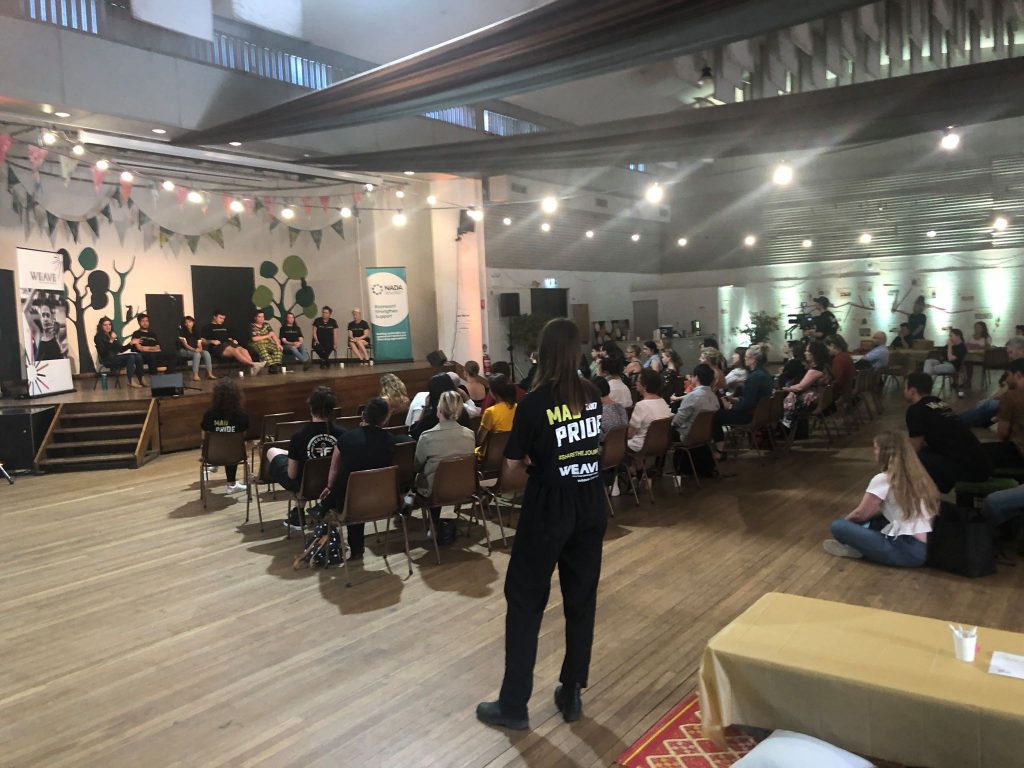 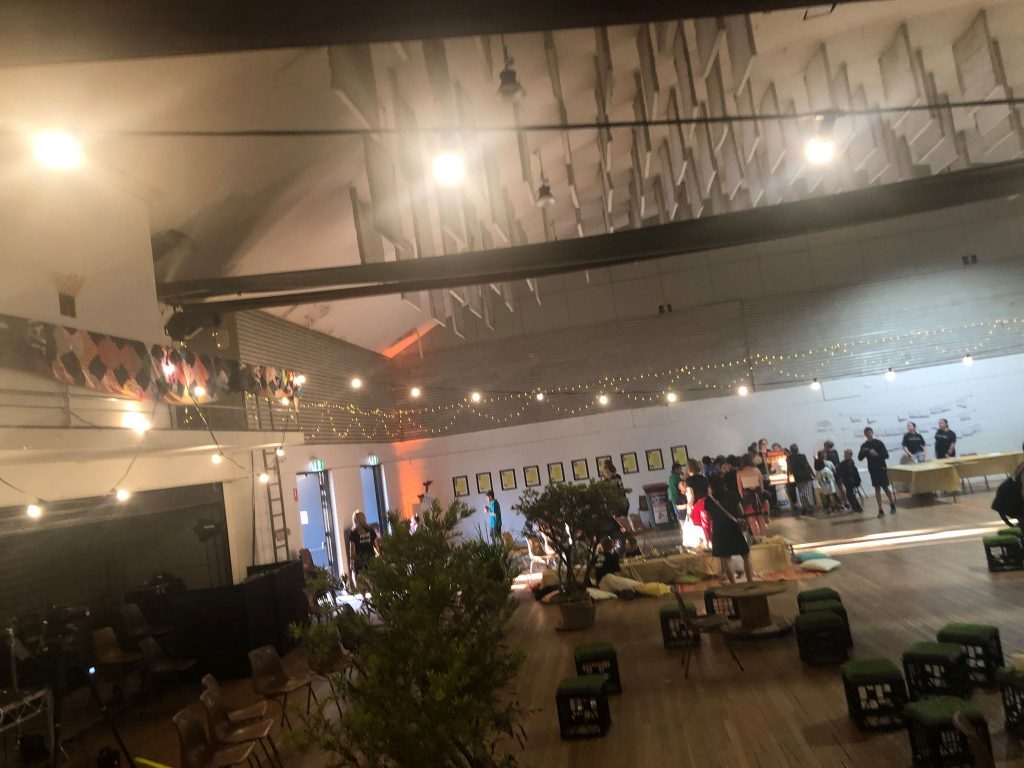 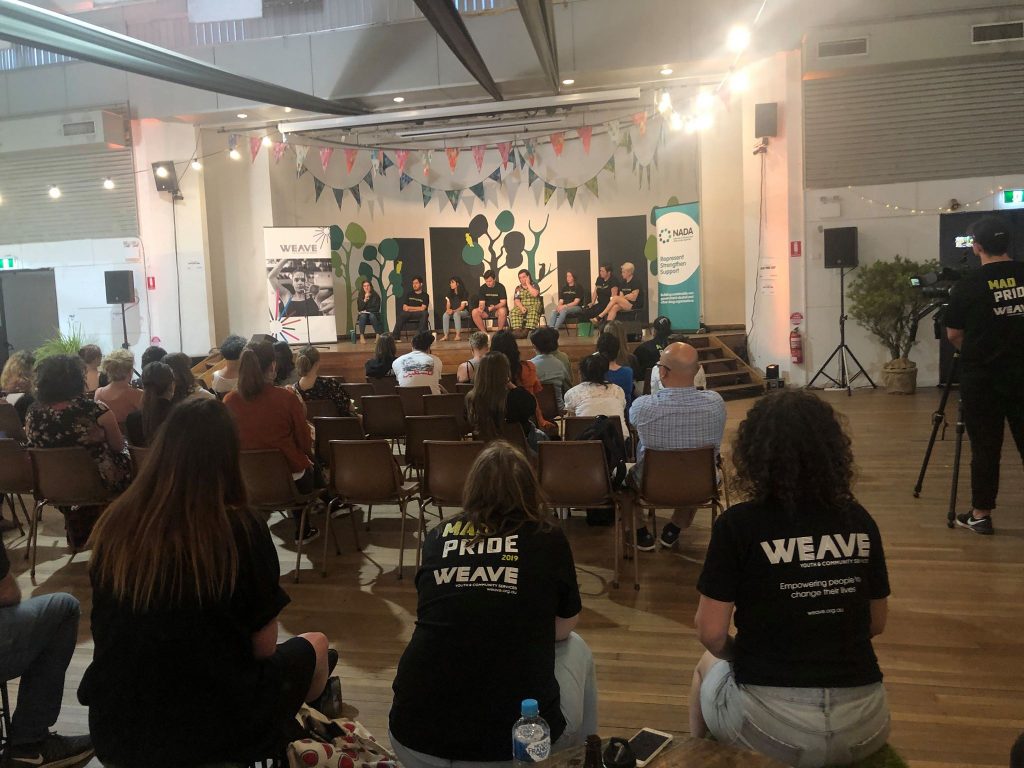 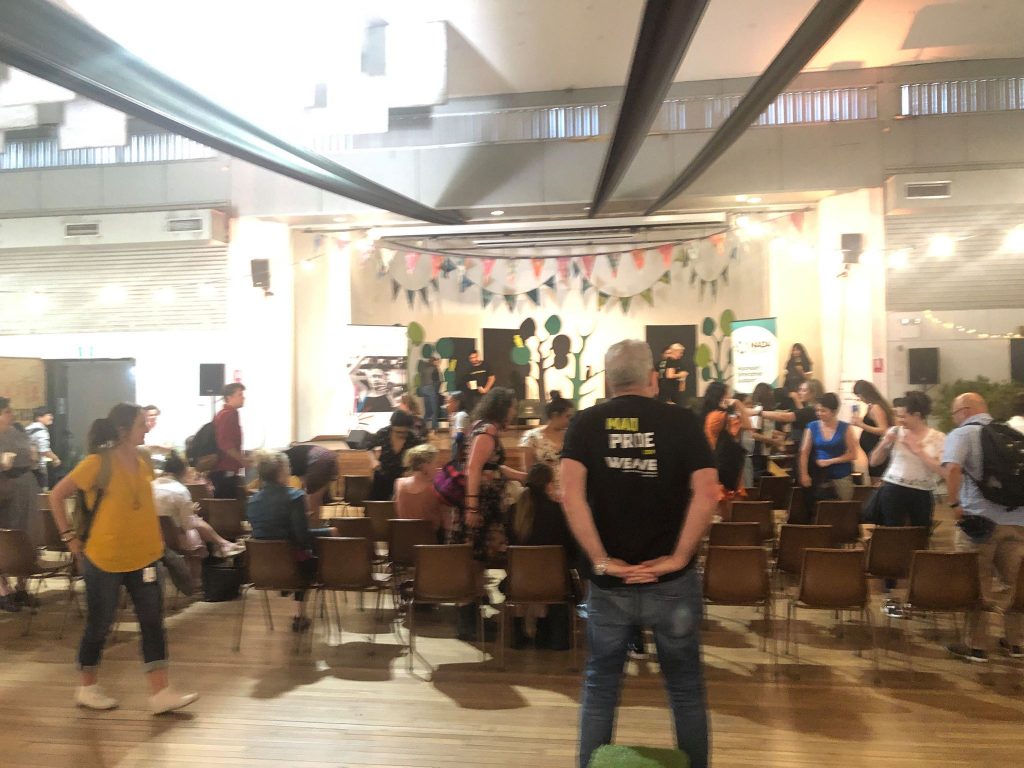 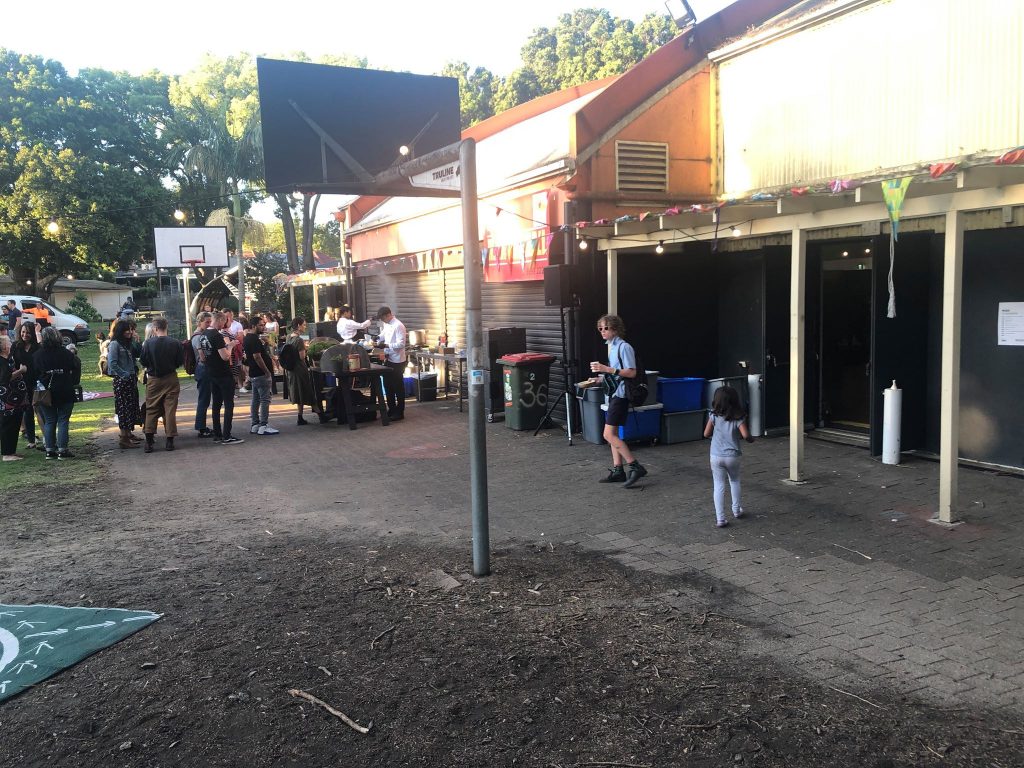 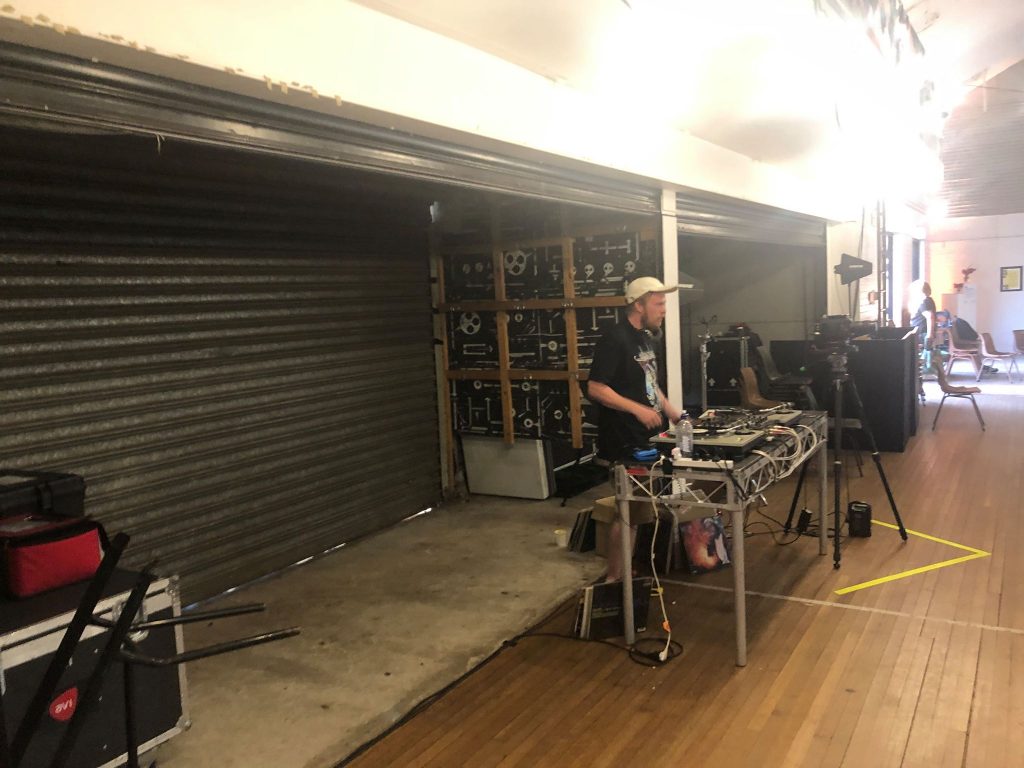 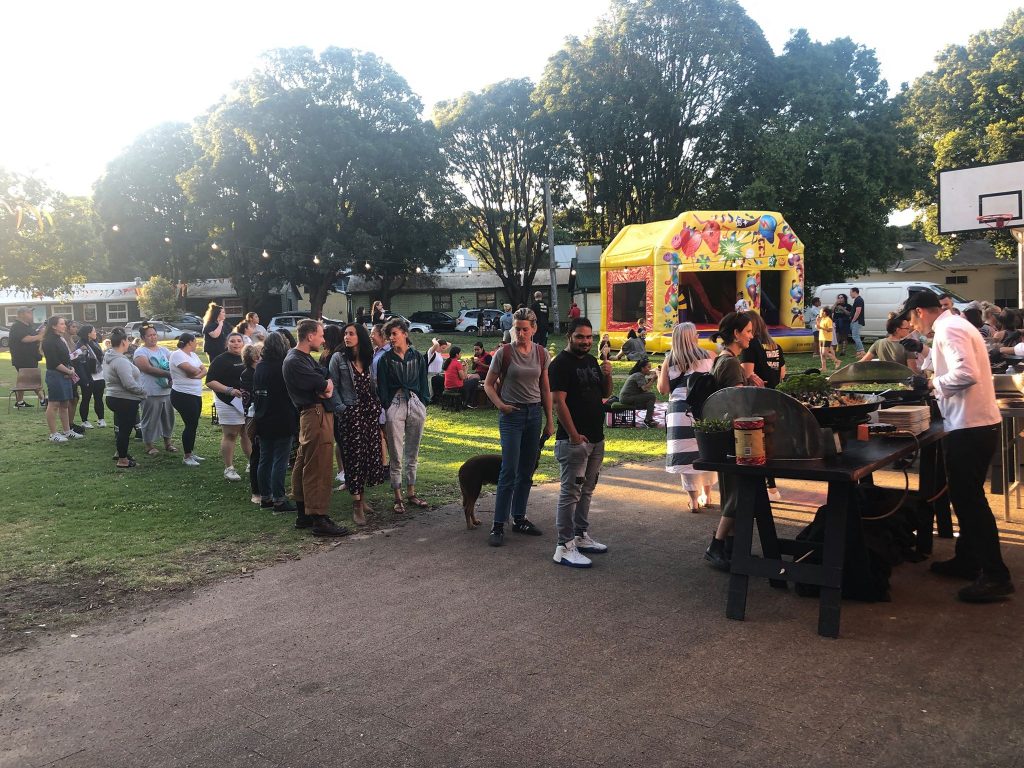