Djokovic is out. Now let the Refugees go. 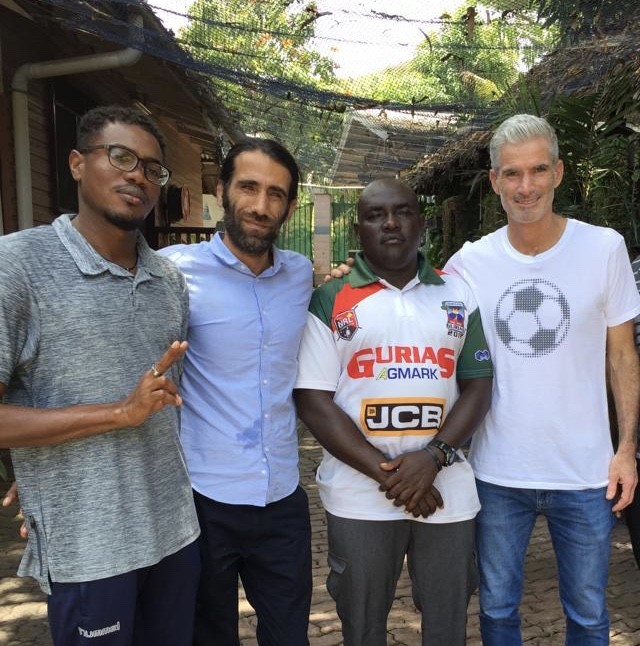 Following Novak Djokovic’s successful appeal against the revocation of his visa, let us not forget the 33 refugees who for a brief few days came alive in the light reflected into the Park Hotel where they’re imprisoned in their 9th year.

It’s vitally important because for a short period, the number one tennis player in the world was caught in the system that mistreats so many innocent people, kills them in fact and if nothing else, that alone shows what we’ve allowed ourselves to become. Year by year, amendment by amendment, Act by Act and decade by decade a privatised detention system has emerged that would have seemed impossible not that long ago.

There was never any need to lock Djokovic up pending legal argumentation. It’s utterly absurd. But disturbingly consistent. And Government rhetoric that he could leave at any time, despite being subject to a 3 year ban that would adversely affect his professional career is chillingly familiar to refugees, for whom the penalty is even greater.

The concept that the world’s number one tennis player had to be detained, belongings taken, denied visitation on Orthodox Christmas would be comical if it wasn’t so symptomatic of our addiction to mandatory, even indefinite detention. Think about that for a moment.

Refugees, Indigenous kids as young as 10, the Biloela family who also had a right to legal appeal and yet have been tortured in lieu, and whistle-blowers. In a cage, on an island, in a room, it’s all the same. Little surprise, then, that we’re not outraged at the torment of an ailing Julian Assange, one of our countrymen, when we do it ourselves.

It gives politicians a false sense of strength, provides a diversion but real strength is holding to a vision of fair and humane treatment for all. One where refugees aren’t locked up for 9 years, Sri Lankan-Australian families stretched beyond breaking point or Indigenous Australians incarcerated at a world-leading rate.

Only those who represent a threat to community should ever be detained but since mandatory detention was introduced way back in 1992, we have learnt to rationalise enormous pain, torment and even loss of life. They’re after our jobs. They’re criminals, welfare cases. They came the wrong way. All lies, but if told often enough, they seem like justification enough. And not even refugees setting themselves alight, or catatonic young children on Nauru can wake us from their nightmare.

You may not even know that new arrivals without any security risks used to stay in community hostels while their status was determined. Today, we jail them at catastrophic human and financial cost, often for up to a decade or more.

I believe in equal standards for all, including of course athletes, but the point is that our standards are abominably low. Lethal, in fact. 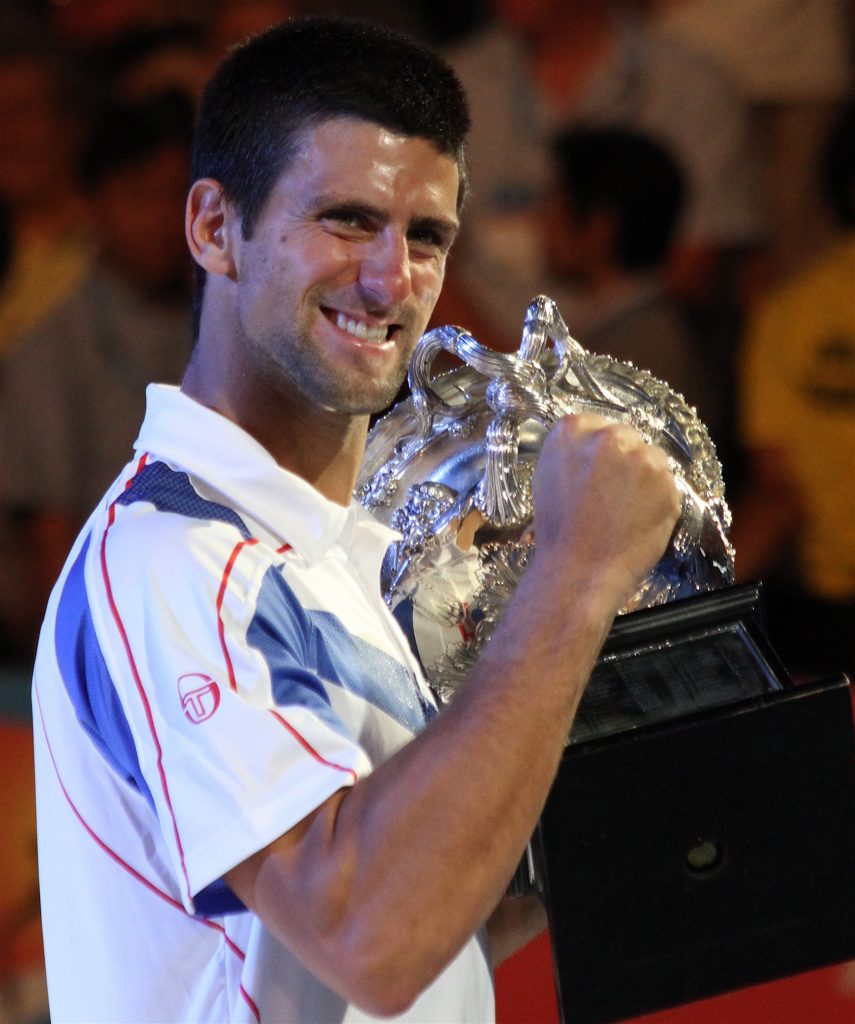 Djokovic needed to be locked up no more than the 33 refugees in his now infamous hotel, the Park Hotel in Swanston St, Carlton, Victoria where the owners, like the Mantra in Preston, Kangaroo Point Central Hotel in Brisbane and Darwin Airport before them, are profiting from human misery and suffering.

Once we went down this path this was inevitable because, in attempts to be seen to apply the same standards the Australian Government inadvertently exposed the horrific standards that, actually, apply.

The key difference is that whereas many innocent refugees wait years for a hearing, Djokovic’s privilege meant he needed only wait days.

Use of the terms ‘border security’ and ‘strong borders’ are too often euphemisms for scapegoating groups of innocent people to secure votes. We should shudder every time a politician weaponizes them. Enforcing immigration laws does not have to equate to long term suffering, demonisation and physical and psychological breakdown. And we have legislated away so many of our obligations under the Refugee Convention that it’s risible even to call ourselves a signatory.

At least Djokovic brought attention to the Park Hotel 33. But the real attention should be on the privatised system that profits from treating people like animals, and on why too few of us are outraged at how we routinely destroy innocent lives.

Djokovic is not a hero or freedom fighter for discouraging community immunisation. He is a famous athlete who doesn’t believe in vaccines and sought to gain an exemption. I strongly disagree with his views on the pandemic and support a vaccine mandate to play in the Aust Open but, so too, any person’s right to a legitimate exemption.

The Serbian-Australian community are rightly outraged, as is Serbia itself, and so too should our Iranian, Kurdish, Sudanese, Bangladeshi and Rohingyan communities, to name a few, as we torture their family and community members for a decade or more.

Please separate the highly charged issues of vaccines or exemptions distract from the treatment he received because it is vital that we all understand that locking people up and denying them basic rights has become so normalised that even the world’s number one tennis player is not immune.

If Djokovic is held, though he is no threat, imagine the torment and torture that voiceless asylum seekers and refugees face every minute of every day. They don’t have media interest, legal teams or Presidents of countries advocating for them.

Scott Morrison is nothing if not an opportunist and merely the latest Prime Minister to seek political advantage through the threat of ‘borders,’ a skill he honed as Immigration Minister to trigger what I hope is a diminishing sector of the Australian community in a cycle that has been continuing since Federation.

I do hope that Djokovic is emotionally moved to use what is a very brief denial of his freedom to speak out for those who’ve suffered for 9 years, and who lack his profile and voice. If indeed he competes, he might carry their names with him and prolong their tiny window to capitalise on his celebrity.

The privatised, mandatory detention system we have created here and offshore is cruel, oppressive, costly, capricious and unfair, endemically politicised and unnecessary.

The fact that Djokovic was detained in it, opens a critical opportunity to consider the system itself.

Many innocent people are literally rotting from the inside out, and in the very heart of our cities. You saw it with your own eyes, this week.

Djokovic is out. Now let the refugees go. 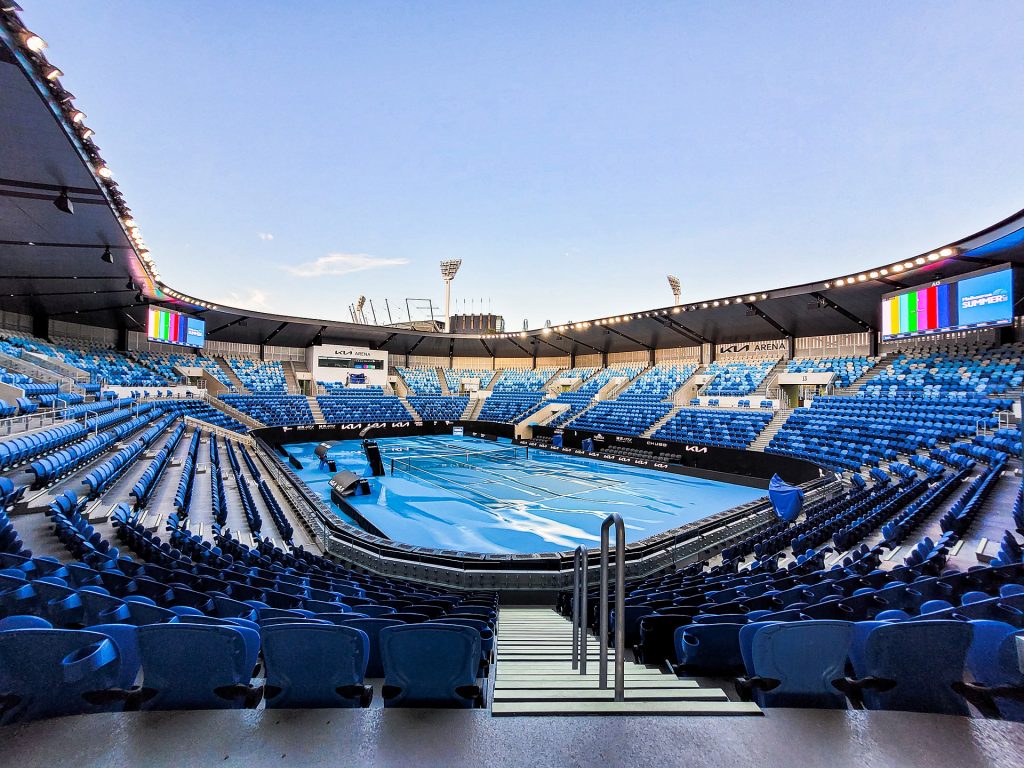