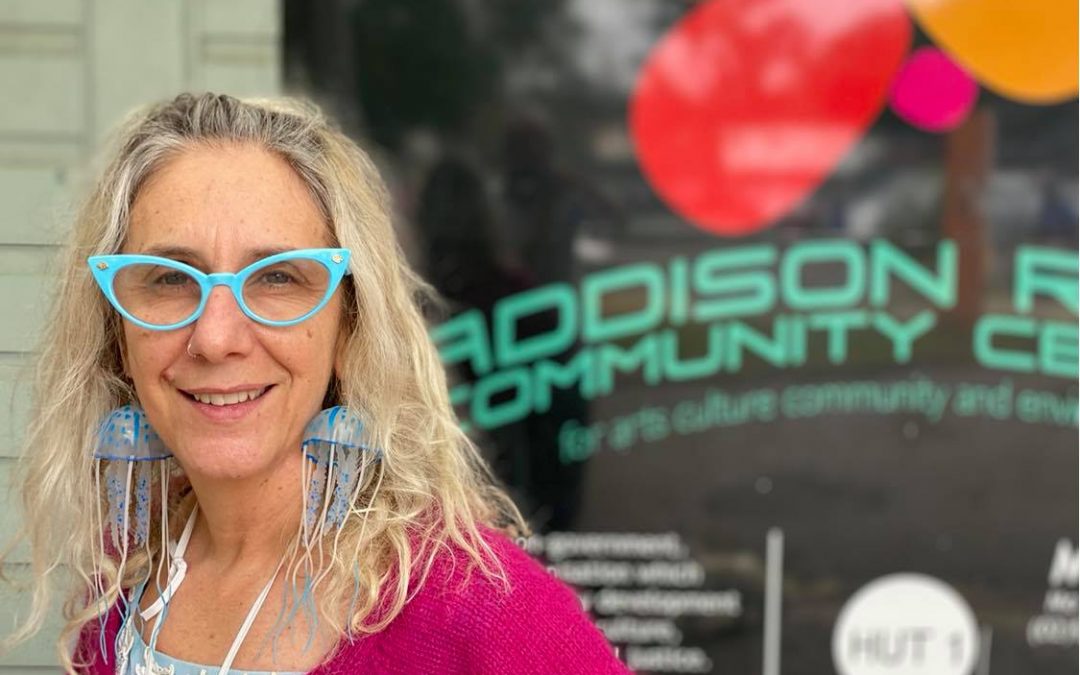 On Saturday of March 21st, we ask you to join us at the inaugural Inner West March and Festival for the Elimination of Racial Discrimination.

Addi Road is really the birthplace of multiculturalism in Australia. In 1976, the grounds were handed over to us to manage for the community, thanks largely to the ethnic welfare groups who campaigned for a common space.

As an active member and co-convenor of the Inner West Multicultural Network, Addison Road Community Organisation is taking the lead today in organising the inaugural ‘Inner West March and Festival for the Elimination of Racial Discrimination’.

We come together in the belief that we must challenge harmful forces that are growing in our society. We believe that a unified and diverse community, speaking up and taking action, shows the best way forward at this critical time.

All over the world, March 21st is known as ‘International Day for the Elimination of Racial Discrimination’. Only in Australia has it been rebranded as ‘Harmony Day’, diluting its relevance.

It’s meaningless to do this, especially given our history and the treatment of indigenous Australians.

So, while the rest of the world is talking about racism and discrimination, in Australia the message is be ‘harmonious’, to keep your head in the sand and don’t make waves.

The march and festival begins at Enmore Park at 10am on the Saturday of March 21st.

After an Acknowledgement of Country and words from local Indigenous Elders, the crowd will march along Addison Road, with flags, banners, percussion and music.

Large numbers are expected – and the street will be partially closed for the morning.

This means the march can travel in the style of the multicultural street parades held in Marrickville in the 1970s and 80s. It will be a visible expression of the diversity of our community.

Once the march reaches Addison Road Community Centre, festivities will begin at 11am.

There will also be music, dance and other entertainment, as well as an Open Mic for poets and performers. Workshops and food stalls will reflect the multicultural and community spirit.

This is easily one of the biggest and most important events we have ever been involved in.

Our slogan for the day is ‘NO HARMONY IN RACISM’.

Please spread the word and share news of this event in any way you can. Your support and involvement is not just appreciated. It’s important. 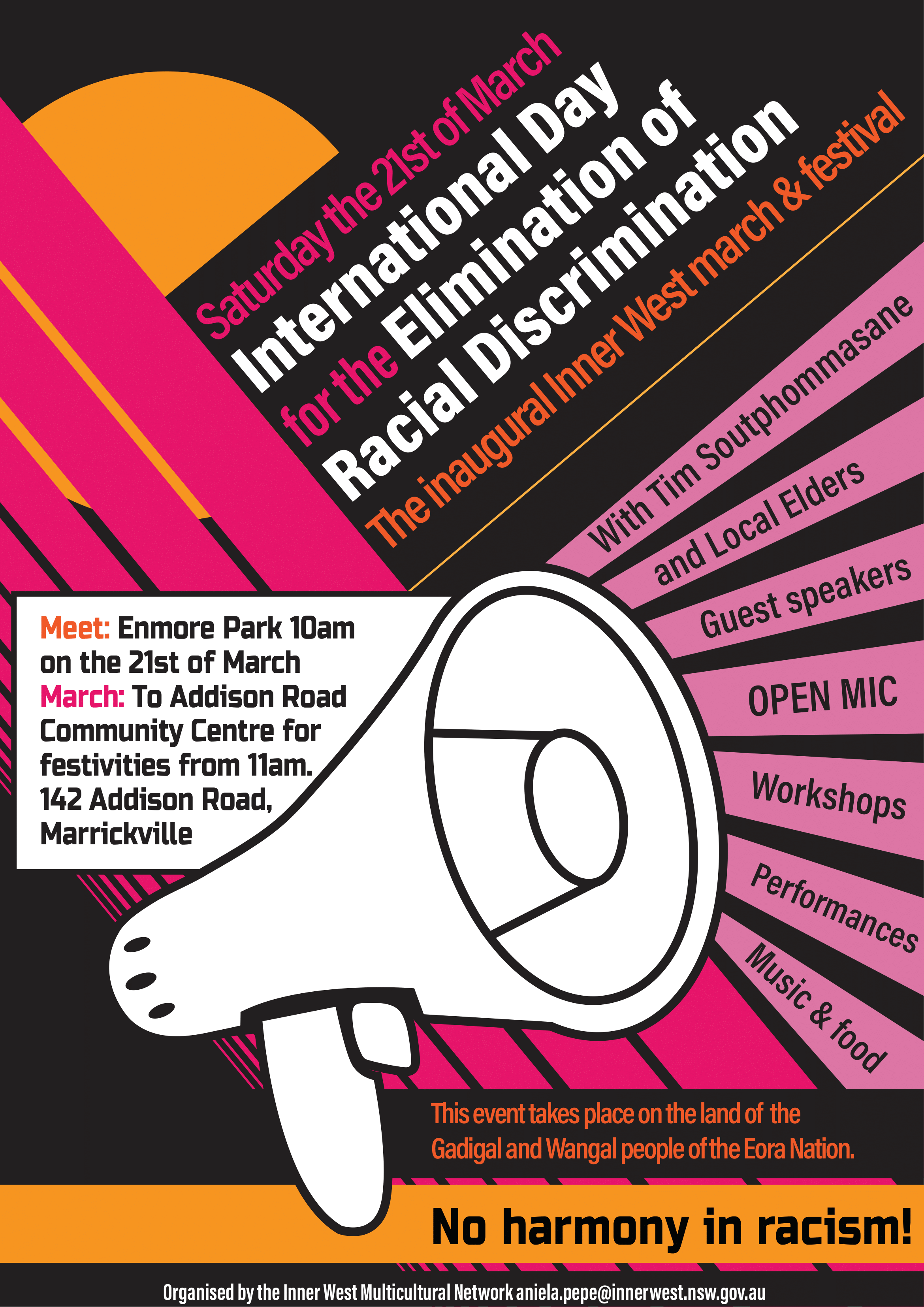 Due to public health concerns the inaugural Inner West March and Festival for the Elimination of Racial Discrimination has been postponed. More news to come on alternative actions…