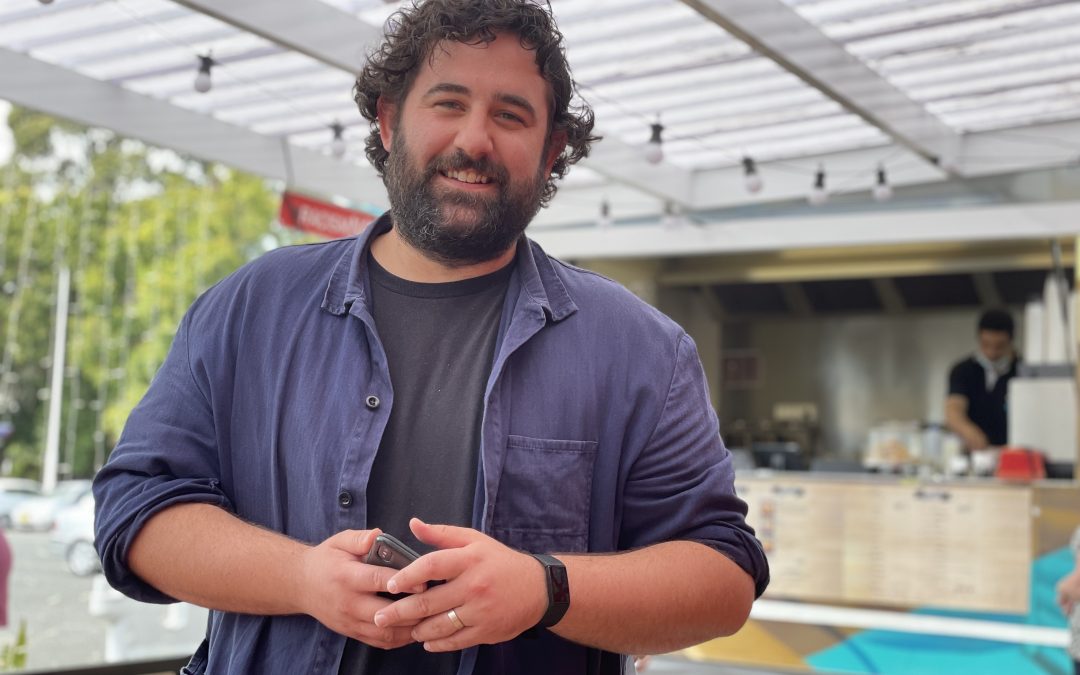 Mike Williams has kept returning to Addi Road. The Radio National journalist and podcaster first came here “to capture a specific moment in time,” he says.

“With the pandemic, things are changing so fast. I wanted to get an insight into the work that was going on and what people’s situations were right now. It seemed very important to do that – and everything I heard about Addi Road made me feel it was the place where I could achieve it.”

Now his half-hour documentary, ‘The Dignity Business’, is about to be broadcast on Radio National’s Earshot program.

Capturing ‘the moment’ turned into days and then weeks as Mike explored everything from the Addi Road Food Relief Hub and Food Pantry, to our office set-up and social justice vision. Mike also hit the road with the organisations we were working with, groups and individuals distributing our emergency hampers to those in need all over the city.

It has inspired Mike to start volunteering here himself, packing hampers inside our Food Relief Hub. This morning, Mike even brought his brother along to help. That’s quite some commitment to a story.

Mike’s early interest in radio journalism began in a way that has guided his mission ever since. As a uni student, he says, he wanted to be a psychologist, but he encountered an approach that was “all stats and science. You have this idea that you should be connecting to people and it’s what you wish to do, but it turns out to not necessarily be like that.”

He laughs and admits “I also wasn’t that good at study. I was more interested in music. I started doing a radio elective and that was so perfect for me. It involved talking to people and combining that with the creative elements of music and sound. It came to me very easily. If you give me a microphone,” he says, gesturing around himself at Addi Road today, “I love talking to anyone, the chance to ask anything and really connect.” 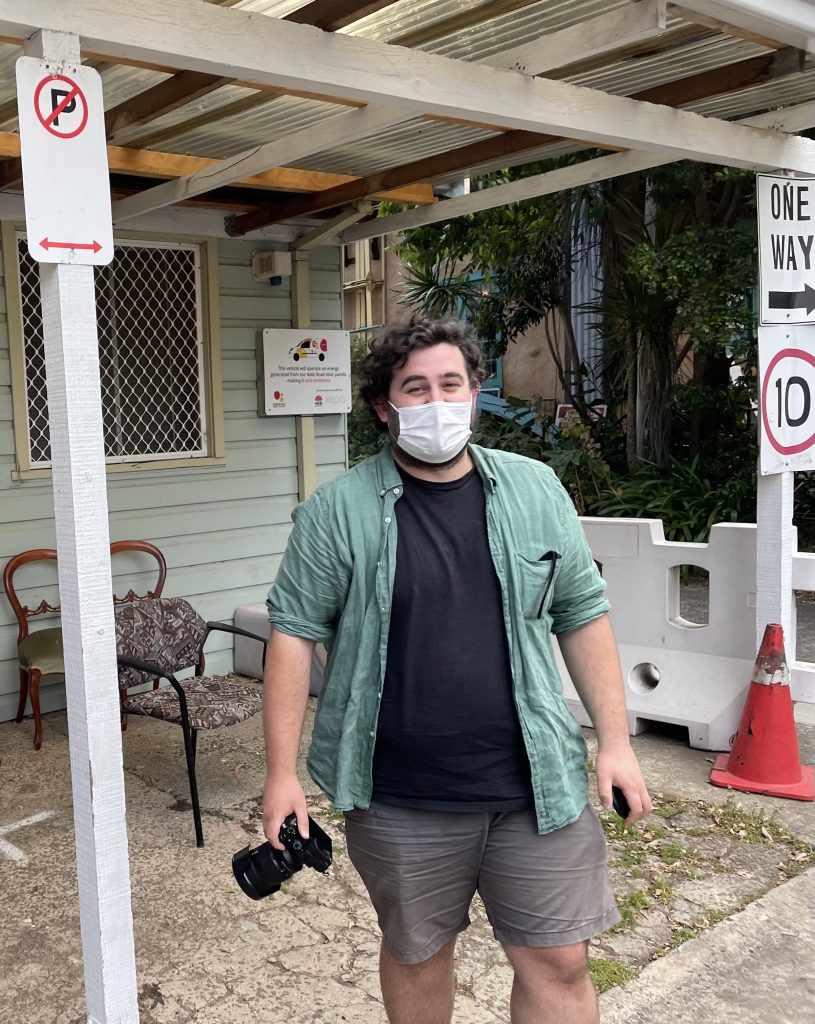 Mike William’s ‘The Dignity Business’ goes to air on Radio National’s Earshot program, Saturday, 30 October, at 2pm. It is replayed on Monday, 1 November, at 11am.