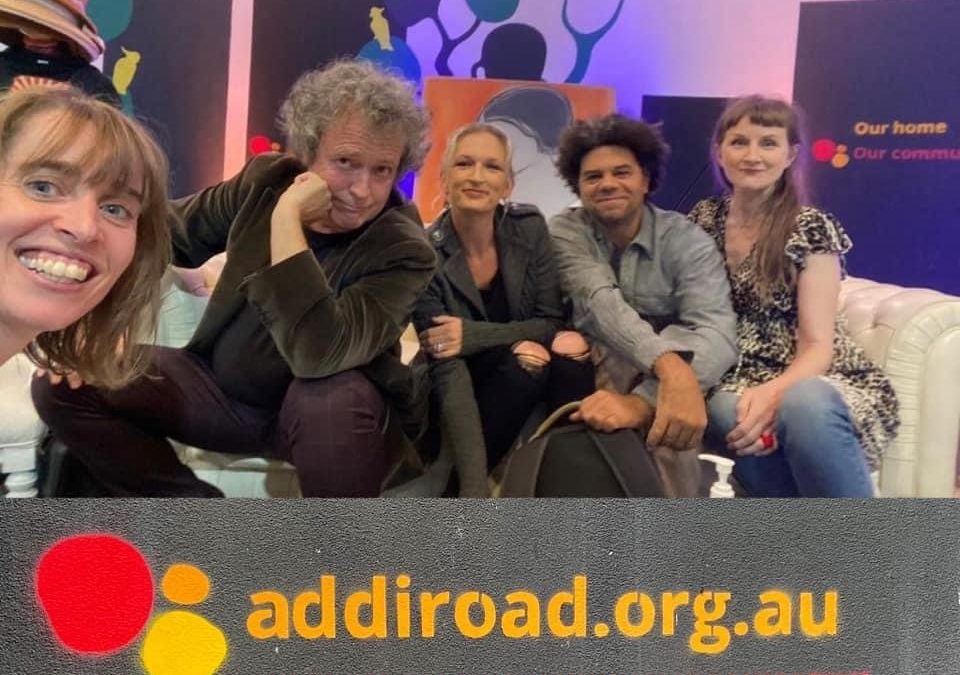 The inaugural Addi Road Writers’ Festival announced itself as ‘An Unruly Idea’. Our slogan captured an undercurrent of idealistic disruption that charged the day with energy, marking out the nature of what will now be an annual event.

Festival t-shirts sold like hot cakes, flagging our unruly manifesto beneath the artist Satyr’s image of a raised fist clutching a microphone. Speak up, take your time, make something happen … people seemed to love what this suggested about a new literary and storytelling festival taking shape.

From conception to ‘happening’, it had come to life in less than three weeks. Entry was free; participants likewise offered up their music, poetry, thoughts and words entirely gratis for the day. Addi Road staff, volunteers and friends added to the community energy by pitching in everywhere from setting-up the hall to operating the bar and our t-shirt stall.

We always knew we were up against it from a fast-burning timeline to our decision to launch the occasion beside the Sydney Writers’ Festival on a Saturday. At its peak, we had around 120 people spilling from Gumbramorra Hall to the Green outside, listening to the panels and performances on a perfect sunny day.

It may be Australia is too small to sustain enough alternative and counter-culture avenues. We see a narrowness in our political debate, in a media controlled by monopolies, and in structures that limit the options available to artists. But it seems vital, nonetheless, to kick open doors for a more dynamic environment wherever we can. Thus ‘an unruly idea’ …. 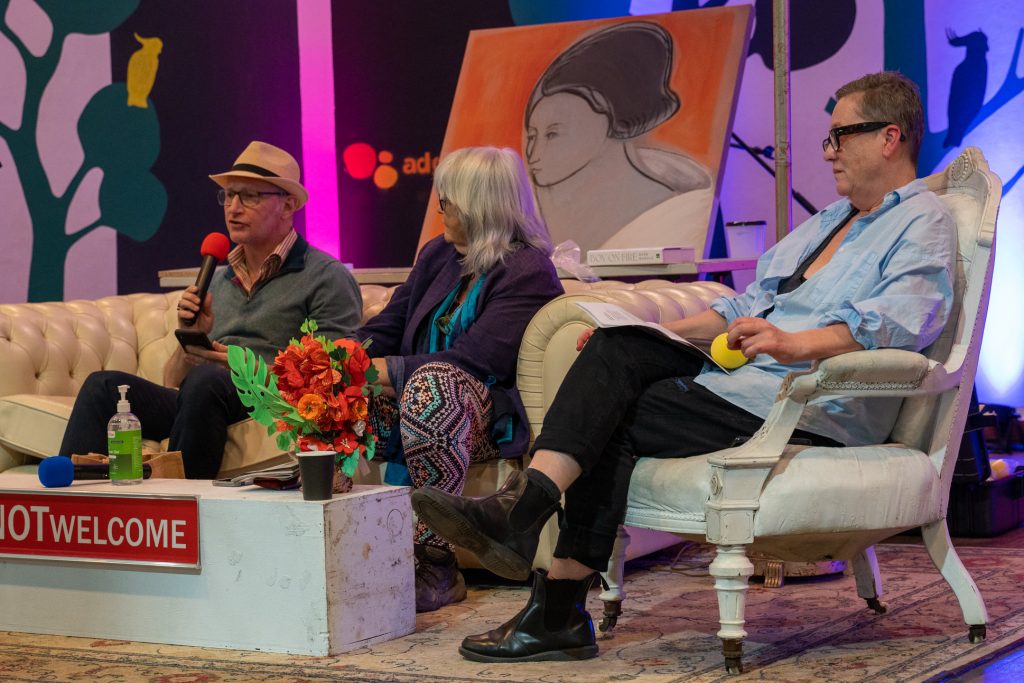 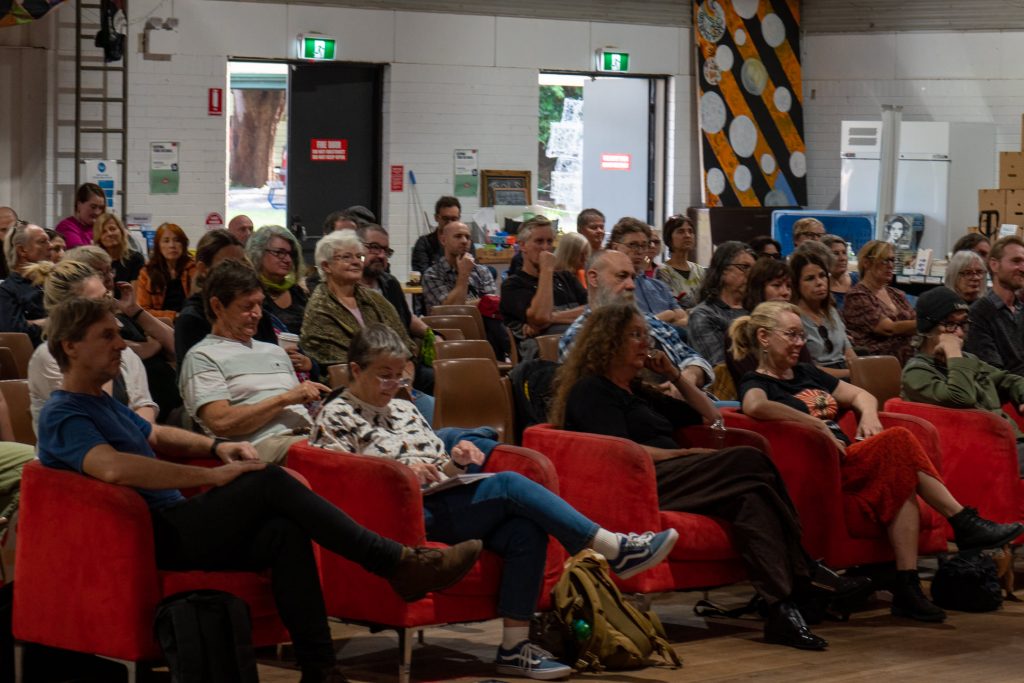 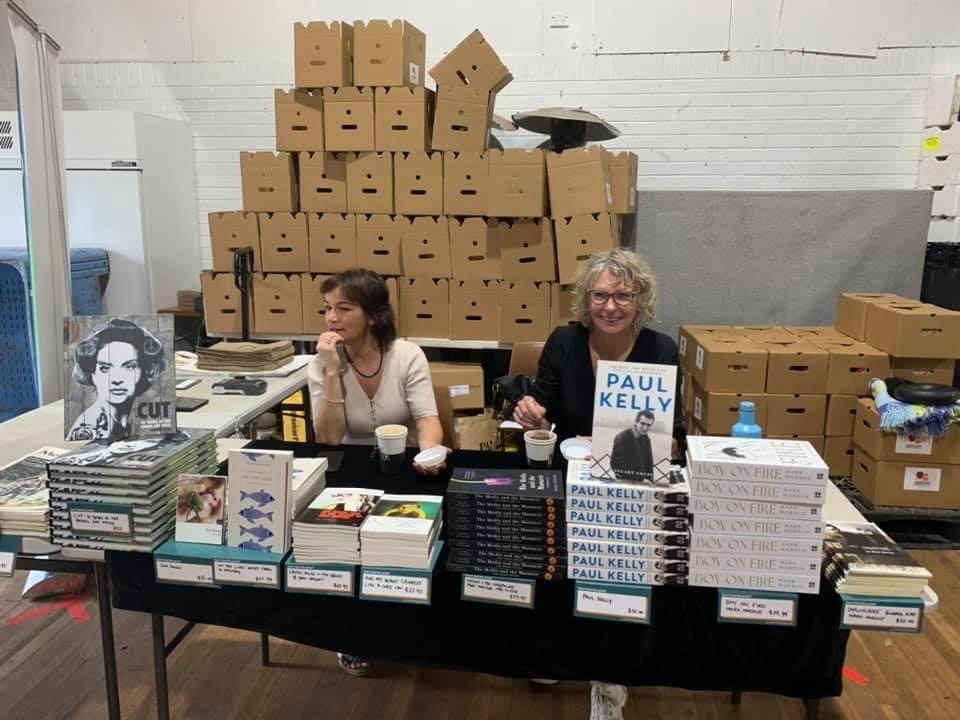 Better Read Than Dead, thoughtful and amused, with a table full of writers’ books for the day.

It’s in this spirit Addi Road Writers’ Festival 2021 took life as a feisty and unofficial fringe to the Sydney Writers’ Festival. Almost as soon as it was announced, supporters came to us. A big thank you to Sedition Festival, The Grifter Brewing Company, Better Read Than Dead, Poetica and City Hub / Inner West Independent for recognising this as the start of something bigger.

We felt the event could reveal the work we do here at Addi Road, operating in the crosswires between social justice, community and cultural action. Simply hosting a writers’ festival in a hall repurposed as a Food Relief Hub (supplying hampers to some 70 + charity and community groups in the wake of Covid-19 across the last year) was visible evidence of that. In creating Addi Road Writers’ Festival we also wanted to showcase our history as that rare thing: an open and alternative creative space in the community.

So it was our audience sat surrounded by palettes of food in a frontline warehouse environment to hear Eliza Jean Scott weaving intimate cathedrals of looped voices and music in between panels on translation and transformation, rock ‘n’ roll biography, music as a healing force in prisons, the state of the media, and the relevance of poetry of today.

From Wendy Bacon’s advocacy for training a new cohort of citizen journalists, to a hall switched into darkness so the audience could swim inside the recorded words of Samuel Watson – absent in Brisbane – it was special and unruly day. Descending from Munanjali and Germanic heritage, Watson describes himself as an “an (Ab)original ghost writer”: “Living in a wheelchair and with paralysis I just added metal to my character. Poetry is a facet of creativity that exists everywhere … If I have barriers, then there are more walls to write upon.”

Video footage of all panels at Addi Road Writers’ Festival 2021 runs below, with special thanks to Jake Lloyd Jones … 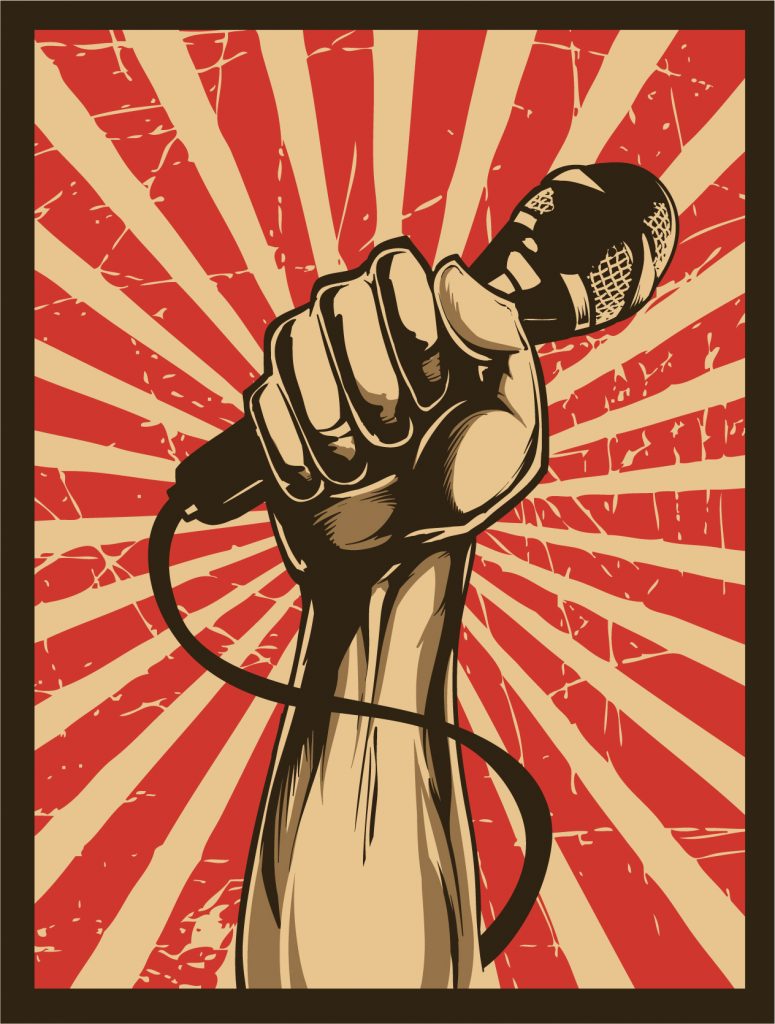