Another Level – The truth about poverty in Australia 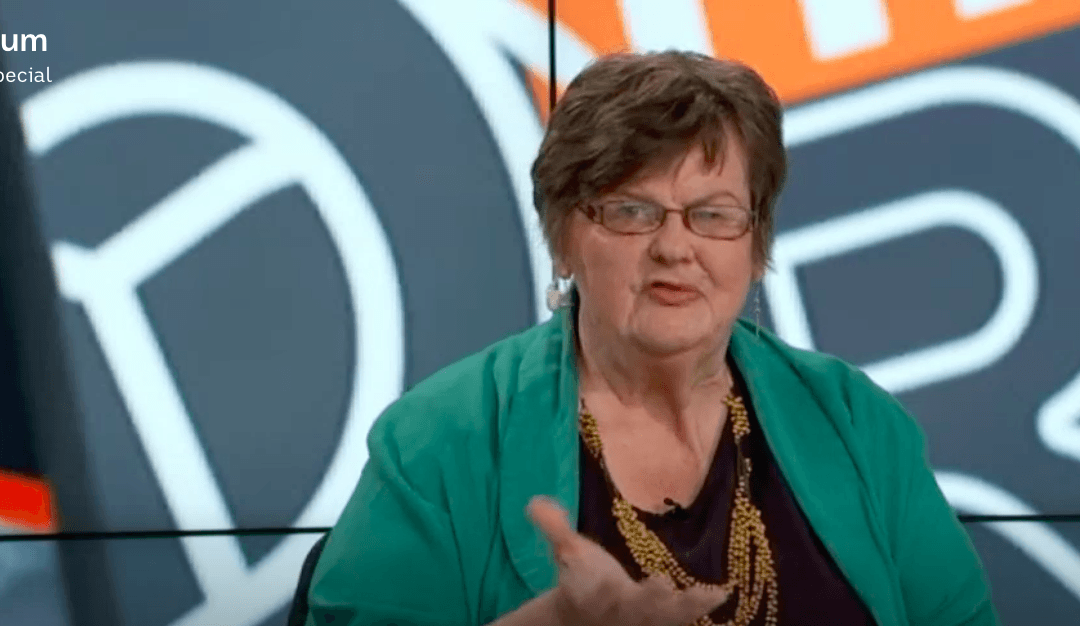 Ricci Bartels, Board Member for Addison Road Community Organisation, was invited to take part in a ‘Poverty Special’ panel discussion on ABC-TV’s The Drum last week.

Host Ellen Fanning introduced Ricci by referring to her earlier and much discussed appearance on Q&A, when Ricci spoke about her experience on Newstart and went on to address the Prime Minister, Scott Morrison, directly.

In the replayed Q&A footage, Ricci was seen saying,

“It was the worst time of my life. The loss of dignity. The loss of friends because you can’t go out, you can’t socialise. Not eating proper foods even though I suffer various ailments. Looking for a job, applying for a job, not getting a job… I’m a very skilled person. I’ve been a manager for Settlement Services for quite a long time. So for me it was the worst time of my life… What do you suggest people like me, at my age, or at a young age for that matter, how do they ‘have a go to get a go’? This is so important: ‘have a go; get a go’. It’s so divisive.”

After watching the segment, The Drum’s Ellen Fanning turned to Ricci Bartels and asked, “You don’t believe with all the experience you had, that if you had a go you’d get a go in this country at your age?”

Ricci told her, “Not just at my age. I referred to young people as well.” She joked “I had a go on the program.” But Ricci felt that only a couple of people on Q&A really understood what she was getting at. She spoke to Fanning about her concerns with the language and phrases thrown around those dealing with Newstart and poverty. “The ‘hands out, not a hand up’. The ‘not a leaner but a lifter’. The good old-fashioned ‘dole bludger’. The ‘job snob’. When you hear that and you’re unemployed and you try – not just myself but 720,000 + people on Newstart – another million under-employed trying to get a job that earns them the income they need to survive as a single person or as a person with family, or as a single mother with family – to not understand what that really means to the individual is exclusionary. It speaks to social exclusion rather than inclusion. It speaks to blaming the individual for their lamentable situation of finding themselves in sudden distress and poverty.”

Along with host Ellen Fanning, Ricci Bartels was joined on The Drum panel by award-winning author, Melissa Lucashenko; Rick Morton, a senior journalist for The Saturday Paper; and former Family and Community Services Minister, Amanda Vanstone. The questions being asked by The Drum were simple but profound: Why are 3 million Australians are living below the poverty line? How effective is our welfare system? Is there really a level playing field?