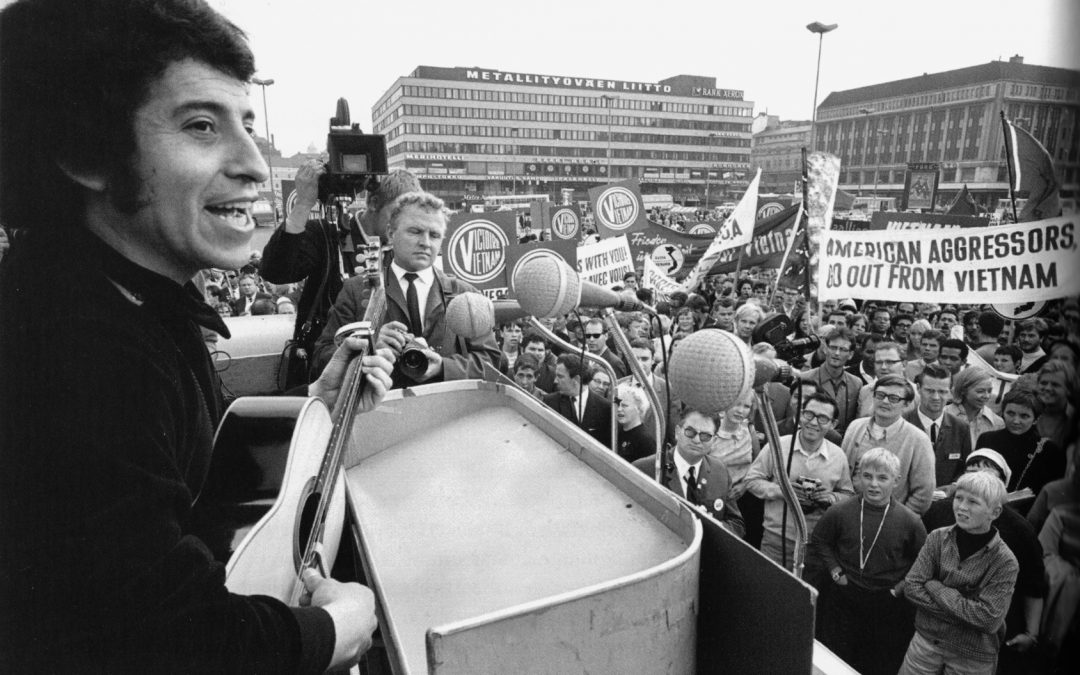 The week past began on Monday with the International Day of Peace, a day that passed with little fanfare or official attention. Unlike the days that mark Australia’s commitment to World War One more than 100 years ago (ANZAC Day) and Australia Day (controversially celebrated on the day the First Fleet planted a Union Jack in Sydney Cove, not the date of Federation), the International Day of Peace is not widely celebrated.
Sadly, this year World Peace Day coincided with Australia’s decision to formalise its “partnership” with America by agreeing to buy its nuclear-powered submarines, a move that is likely to isolate us from broader multilateral forums for diplomatic resolution of future conflict.
Sure, World Peace Day is a fairly new occasion, only designated by the United Nations in 1981 and lacking in local participation, but even so, why doesn’t it get more traction, given that the vast majority of people longs for and works for peace?
Most of us want safety, basic comforts and equal opportunities to learn, grow, flourish or just be ourselves and we want the same for others. Many millions have dedicated their lives, made great sacrifices, and even died in their efforts to achieve peace.
Perhaps if we remembered the various individuals and the wide variety of actions that contribute to building peaceful communities more often, peace would gain more meaning in our public life. 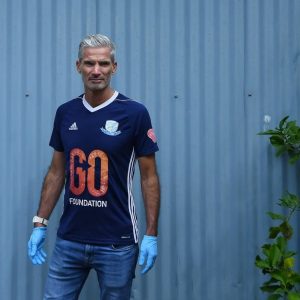 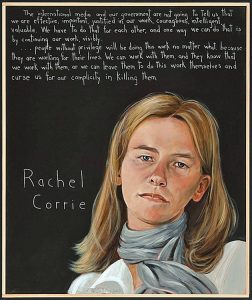 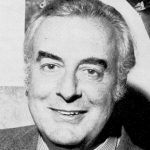 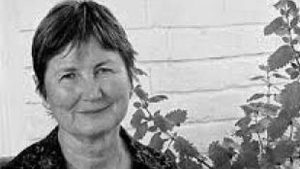 Think of the people you know who work for peace at the ground level. Sometimes they are the quiet achievers, reaching out to others in their times of need or taking time to listen, understand and comfort. Sometimes unsung peace heroes are the most difficult people, the ones who make a fuss, ask awkward questions or appear pig-headed.
Either way, they are the people who display the same qualities we praise in soldiers – courage, sacrifice and mateship (or solidarity, to use a less gendered term). They stand in the way of questionable authority. They disrupt the workings of unjust power. They stand up to bullies or trespass to plant trees where they’re not allowed. They report corruption, write letters to newspapers, visit prisoners, care for children, shelter women, refuse to press the ‘launch’ button.
When we feel overwhelmed by the direction government ‘leaders’ are taking us, let’s remember the myriad ways that many different people work for peace in inspiring ways. For peace is not a fixed state assured by the threat of lethal weapons, but the practice of learning how live together, every day, with respect, kindness and justice and joy.
Those we remember at Addi Road, on our Honour Roll for Peace, range from a former prime minister to anti-conscription activists, Vietnam War veterans to musicians and poets, Indigenous Elders and human rights campaigners.
Think of those you know who should be acknowledged and celebrated for their contribution to building peace. You can nominate a person or organisation, living or deceased, for the Honour Roll for Peace at Addison Road for just $60.
We will be inscribing new plaques to join the roll of peace heroes for commemoration on Remembrance Day, the 11th of November. Get in touch to dedicate a plaque before the 25th October via programs@addiroad.org.au or https://addiroad.org.au/honour-roll-for-peace/ or ring 0410673393. 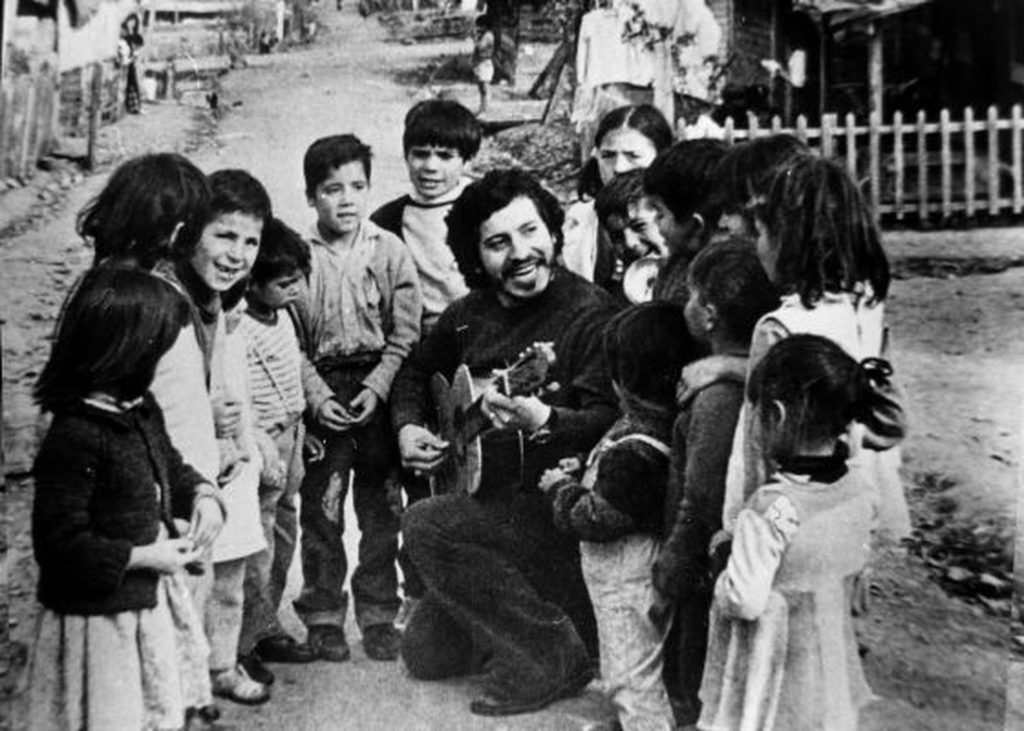 Víctor Jara was a Chilean teacher, theater director, poet, singer-songwriter and socialist political activist tortured and killed during the dictatorship of Augusto Pinochet. Sometimes referred to as the the Bob Dylan of South America, Jara’s activism, popularity and ardent support of the Allende government made him a marked man once the military seized power on Sept. 11, 1973. He wrote one of his last songs, ‘Manifiesto’, just prior to being taken to the Santiago stadium where he was tortured and murdered alongside many others: “My guitar is not for the rich / no, nothing like that. /My song is of the ladder /we are building to reach the stars.” (Sources: Wikipedia and New York Times).
Craig Foster, former Socceroos captain, Addi Road Ambassador, and human rights activist. A passionate advocate for multiculturalism, refugees and social equality, Craig was the driving force behind the successful campaign to release footballer Hakeem al-Araibi, who was imprisoned in Thailand in 2018. In 2019, Craig travelled to Port Moresby to meet with refugees and asylum seekers still detained in Papua New Guinea and Nauru to bring attention to their plight.Craig also founded the #PlayForLivescampaign during COVID-19 disruptions. (Source: Australian of the Year Awards website).
Rachel Corrie was a young activist whose life, at 23, ended abruptly on March 16, 2003 while she was working as a protester in the Gaza Strip. She had placed herself between a Caterpillar bulldozer and a local home, trying to prevent the IDF from demolishing it. She was run over twice by the vehicle and killed. Painting by Robert Shetterly, Americans Who Tell The Truth.
Gough Whitlam, Prime Minister of Australia, 1972-1975. The guiding tenets of Gough Whitlam’s political vision and political practice were liberty, equality, and fraternity, and there is a natural progression to the Whitlam Government’s reform program having a strong focus on human rights. Whitlam had described conscription as intolerable, and one of the earliest accomplishments of his government was the granting of exemptions from conscription for all Australians. His government’s record includes the abolition of the death penalty and the ratification of a raft of international treaties and conventions. After his parliamentary career ended, this interest continued as Whitlam served as Ambassador to UNESCO and a member of its Executive Board. (Source: Whitlam Institute website).

Yota Krili, poet, playwright and teacher. After arriving in Australia in 1959, Yota Krili-Kevans worked in factories and at various other jobs while gaining a Bachelor of Arts degree and a Diploma of Education from the University of Sydney. She has taught with the New South Wales (NSW) Department of Education, contributing greatly to encouraging the teaching of modern Greek in NSW schools. Her first play ‘Christina’s Case’, was a study of one of the landmark cases of large-scale racial profiling on the part of social security authorities. Reflecting on the work, Yota articulated her origins as a writer and an underlying vision that continues to run through all her work: “In essence I did not choose anything; I was not even a writer, at the time I was perceived as an activist. I think I chose the theatrical structure intuitively, due to the fact that all people involved communicated through dialogue.” (Source: NeosKosmos.com)