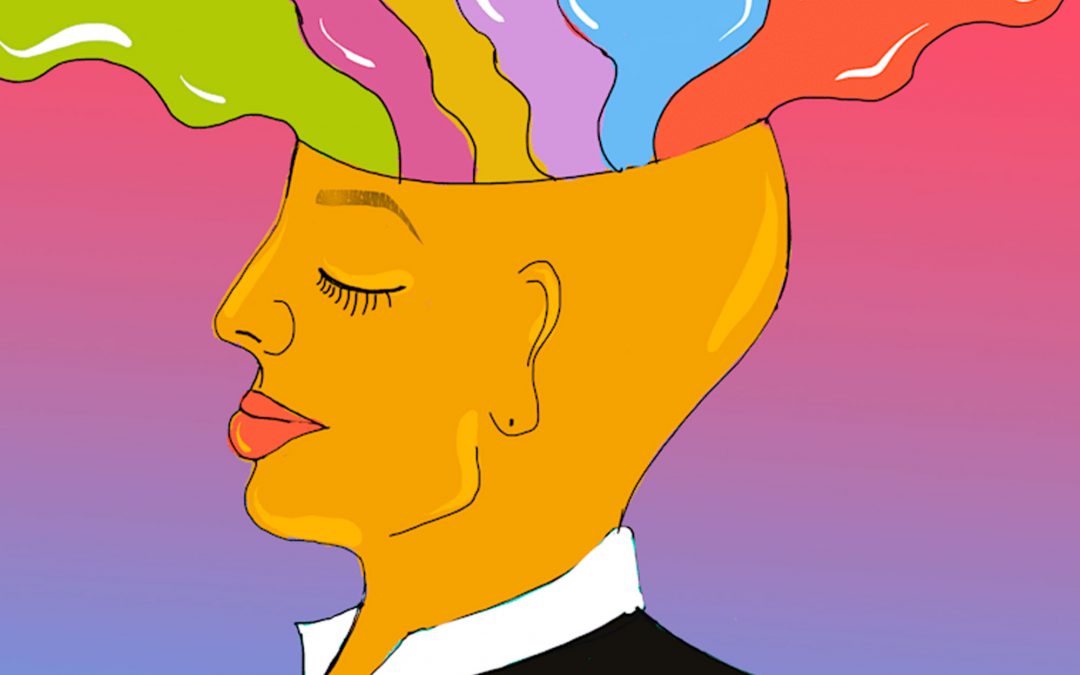 As Christmas approaches, we felt it was important we remember our Community.a.Fair event during Mental Health Month last October.

Most especially, a remarkable panel conversation put together by Addison Road Community Organisation. It featured Camilla Martin from Beyond Blue discussing anxiety and depression; Isaac Chambers, a volunteer with Headspace, discussing youth and mental health issues; AJ Tennant from the Extinction Rebellion, examining how the climate crisis is affecting people’s wellbeing; Karen Thorne from the RSPCA, looking at how pets can help our sense of self; and Tom Studans, from the Australian Unemployed Workers Union, opening up the conversation to social justice issues that have a devastating impact on people’s lives.

Each speaker was able to do more than just outline problems. They also managed to offer strategies and solutions that might help people.

Beyond Blue’s CAMILLA MARTIN spoke of her own battle with anxiety, and how it affected her ability to sleep. She’d wake at 2am possessed by worries. “I’d get so full of tension it had to come out of my body. I was full of these simmering, awful anxieties. If you think of a dragon fly hovering, its iridescent wings in the sunlight, well imagine then 20 dragon flies like that, all hovering in front of your face and they are all agitated.”

Camilla spoke of her slow but steady steps towards “all the things I need to manage my life.” Her use of meditation practices. The vital importance of sleep. “Respect your sleep. It is as important to you as oxygen, food and water.” The need to do exercise regularly, even it is just a simple walk, “to get you breathing again”. Personally, she also liked her downtime with “those colouring books you can get”, and “the need to see that there is love in the world, even if it is just watching one of those funny videos online of animals doing gorgeous things”. No good act was too small to help you, each step of the way, to move towards better days and nights.

ISAAC CHAMBERS admitted he was not used to public speaking. He opened up about “always feeling different” and “being the weird kid” at school. A diabetic, and “queer identifying”, he found himself anxious, depressed and confused. By the time he was 18 he was caught up in drugs. “I was drinking every night. At 20 I had my first breakdown. I hurt myself and I hurt other people very close to me.” Despite trying detox and other methods, “I started making plans to end my life.”

What changed? That was too complicated a story to sum up today.

Isaac said, “At 23, I want to tell you that I am now cured, better. But no, that’s not the case. It’s been the small changes that have helped. I’ve been able to fix some things. I have a great support network. I try to exercise, I’ve become a vegetarian and I try to eat well, I do meditation.”

“Volunteering at Headspace helped too, it gave me view of the world that was different. I started to notice how I lied to myself a lot. I had told myself I was powerless and weak, and that I needed drugs and alcohol. And I lied to myself that I would never get better. It just wasn’t true.”

“I still have ‘moments’,” he admitted. “But the biggest lie I had told myself was that I was alone. I refused to admit I might need the help of friends and family. I isolated myself at home from everyone.”

“Chances are you have told yourself one of these lies. But I’m here to say you’re not a failure, you’re not weak, you’re not powerless and you are not alone. Everything you have been through has made you what you are and what you can be. Look at Greta Thunberg and how different she is from ‘normal’. She calls her differences her super powers.”

He joked that “twelve months ago I was not an activist. I was concerned about climate change, yes, but I was probably more worried about the Rabbitos making the (NRL) grand final. Then I saw a report on the bleaching of the Great Barrier Reef. And I found out I was having a child and going to be a father. Seeing the documentary Before the Flood was the final blow.”

“I felt like a hamster on a wheel. I was having trouble sleeping and was despairing and despondent. It got so bad I went to my GP and got a referral to see a psychologist. It’s something I highly recommend you do if you are suffering from the same kind of feelings. It does not cost you anything to do.”

Talking to a psychologist about what was distressing him to a took some of the pressure off – and slowly clarified what AJ Tennant felt he needed to do. He joined the Extinction Rebellion and started to become steadily more involved. AJ said he quickly grew to appreciate one of the group’s sayings, “Don’t get sad, get mad!”

He explained the path of the non-violent protest that the Extinction Rebellion propagates has its roots in a long history of non-violent protest that go back to Ghandi. “The Extinction Rebellion has become a movement that has gone around the world. Being part of a protest movement feels great. But it can also feel depressing. You still worry about the future. You see that governments are not doing anything.”

“But we have another saying, it’s our sign off when we send messages to one another: ‘With love and rage’.”

“The rage stuff isn’t hard,” AJ laughed. “But the love is just as important. The message in it is, first of all ,good for our movement, but it is also to stop people feeling hopeless or burning out. So it’s more importantly about caring for people. It underlines that in our actions we should support one another.”

“It actually connects with the principals of a regenerative culture, and the idea that this is a journey we can – and must– go on together.”

“We’re trying to build up the skills people need to deal with eco-grief, for them be resilient, to be honest, and check in on how people are feeling. And in that honesty and resilience to have built a genuinely regenerative culture within the Extinction Rebellion.”

KAREN THORNE from the RSPCA spoke next. She had found her work leading her to groups like Headspace, as well as through issues as varied as domestic violence and homelessness.

Her Safe Beds for Pets program was about housing pets that could otherwise be used as a form of emotional blackmail and manipulation to force the return of an abused partner and the children. Such pets were also a critical factor in any healing process and sense of reconnection with the world.

Children exposed to trauma – particularly refugee children – were able to use pets to help them find new social connections again.

The bond between people learning how to understand animals, and even animals’ problems, could be a beautiful pathway to them dealing with their own problems as well. Among the elderly, the ill, and the homeless, pets provided security and companionship. And sometimes just a simple and safe bridge to social communication with others in public that might not otherwise occur.

TOM STUDANS, the NSW Coordinator for the Australian Unemployed Workers Union (AUWU) was the last speaker on the day. After joking with people that he was not from The Foo Fighters – “I get Dave Grohl a lot” – he moved quickly to discuss “the plight of people unemployed”. And how what is happening to them due to the low rate of Newstart and the Youth Allowance, as well as the abusive nature of the job providers, “is creating an epidemic of mental illness and suicide.”

“Tom said that over 2000 Australians had killed thenselves within a year of receiving one in of the notorious Robo-debt letters. “That’s not to suggest a causation in every case. But we know anecdotally that several hundred of these people were terribly affected by the letters. We also know for a fact that suicide ideation is rife among people in Newstart and the Youth Allowance.”

“The welfare system is a suicide factory. And I don’t know what to say about it.”

Tom believed there was a question of “criminal liability” around so many deaths and their connection to the Robo-debt letters. He was adamant this was a result of policy decisions, and the creation of a system that “punishes and gas-lights people” till they cannot take any more.

The AUWU was one solution to this. “Being part of a union genuinely provides a sense of community and solidarity. The system we are up against is designed to individualise your problems and make you feel it is your fault. It is not your fault!”

He admitted it was a big struggle. But the AUWU could still help people in lots of ways. “We can help get you out of meaningless Work for the Dole schemes that exacerbate mental illness.” Tom also noted that “25% of people on Newstart are assessed as only having a ‘partial capacity’ to work, to use Centrelink terms. And yet “the job active system stringently harasses people into doing useless activities whatever the likelihood of work”.

“Harm is being done,” Tom said. “The policies of austerity have a death toll.”

He urged people to not be one of the statistics, to not think they are the only ones, to know people like them were out there fighting – and to join the the Australian Unemployed Workers Union and become a part of that fight.

When Tom’s speech was over, Camilla, Isaac, AJ and Karen applauded along with a hall full of people and stall holders. It had been a stunning set of speeches with incredibly varying perspectives on depression, activism, healing, self empowerment and community.

Time and again, the same messages were shared and made clear: talk to people, reach out, don’t feel powerless, know that you have friends and allies that you may not even know are there. Reach out for help. And believe you can take control of your life again in a community that cares.

Places where you can find help or get involved: