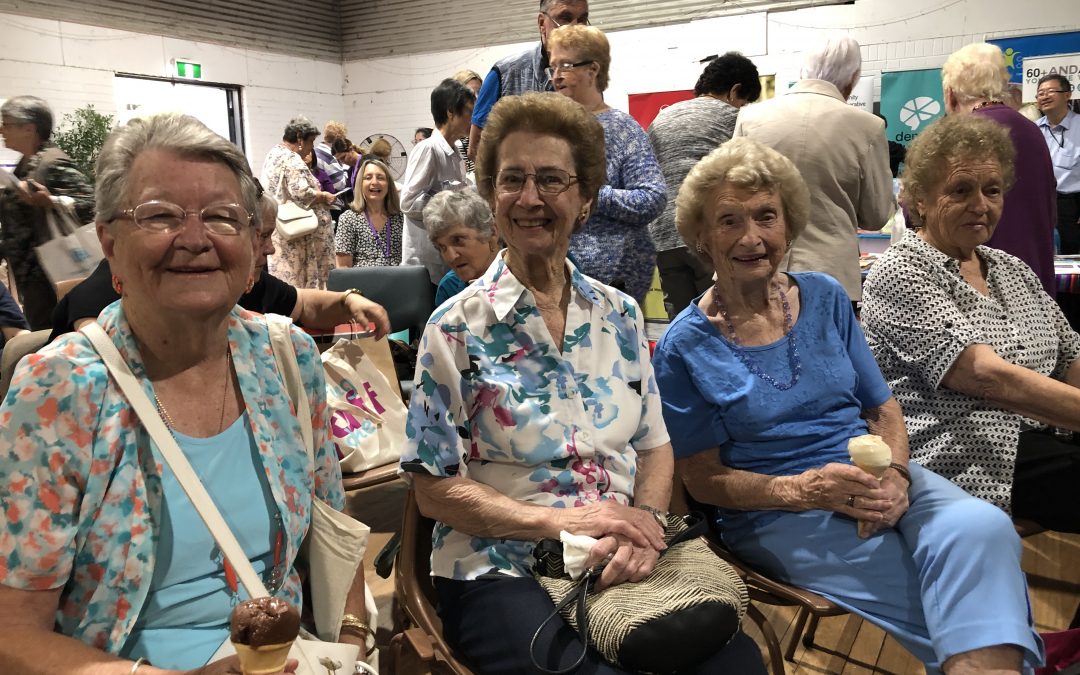 Over 300 people filled Gumbramorra Hall for the inaugural Inner West Seniors A Fair.

Margaret Gemmell and Patty Perkins were delighted by the magician Matt Hollywood, not to mention the free gelatos on offer – and only too happy to have their photos taken. According to Margaret, “That’s fine. I’m already famous. I’m in the mural on the wall of Rozelle Neighbourhood Centre. Yes, sure, take a picture.”

A fellow member of Hannaford Senior Citizens in Rozelle, Patty Perkins laughed and added, “We like to be in the news!” 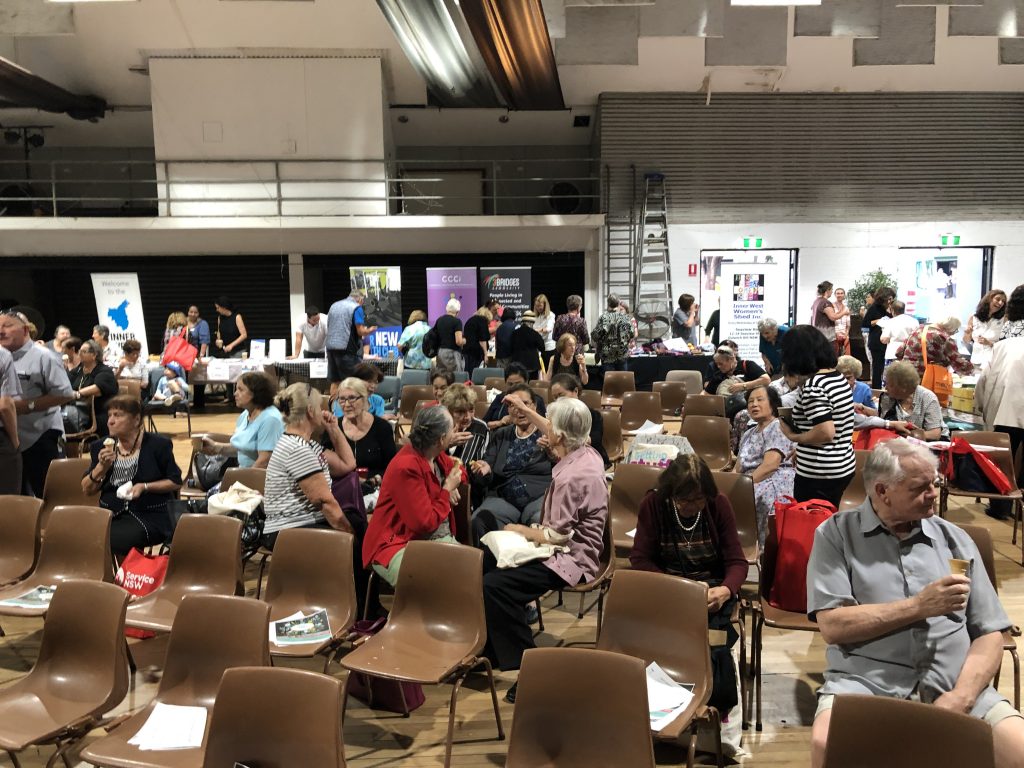 As a result of council mergers, Inner West Council now has 180,000 seniors in the local government area, amounting to almost 20% of the population it serves.

Falling under the umbrella of the State Government’s NSW Seniors Festival 13-24 February 2019, this first Seniors A Festival developed out an Inner West Council partnership with the Department of Human Services (Centrelink) and the Addison Road Community Organisation.

Mina Bui Jones, Addi Road’s Programs Coordinator, explained that the Seniors A Fair was “a kind of incarnation of Addi Road’s Community Affair initiative. It’s all about creating days where a community can gather in a relaxed and friendly atmosphere and talk with their local service providers. It’s much more friendly and accessible and social for everyone.”

Mary Ciantar, the Healthy Ageing Programs Supervisor from the Inner West Council agreed. “The social element here today can’t be underestimated. There’s some evidence that retirement, for example, can be a trigger for depression. Loneliness is becoming a bigger issue in the urban environment. There’s also just a big need to know what is going on in a community. It’s not always easy or in one place. One thing we did today was launch our Active and Connectedbooklet. It lists all these free and low-cost activities people can engage in.” 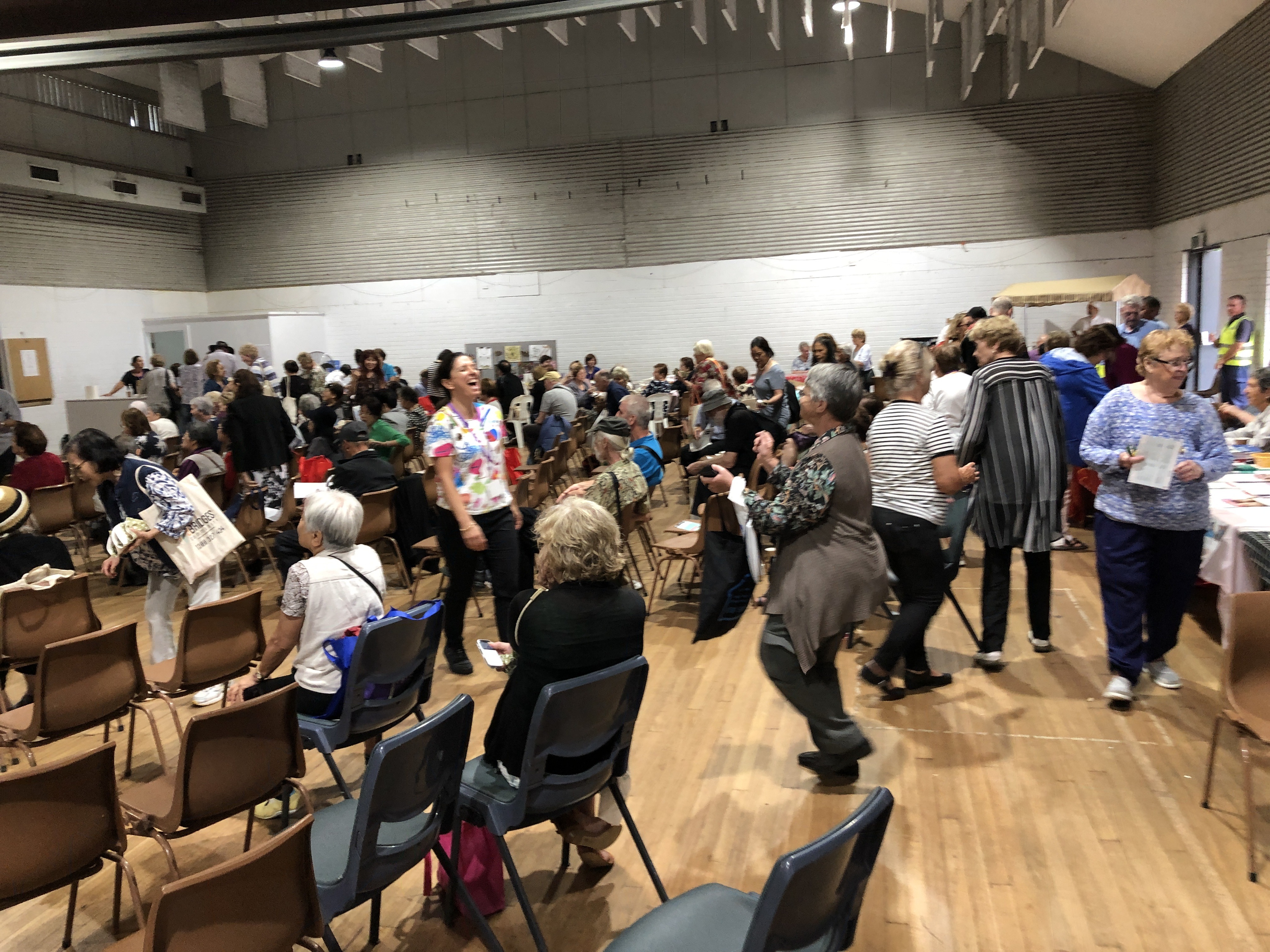 As the Seniors A Fair spilled out onto of Gumbramorra Green in the grounds of Addison Road, an overcast sky did not deter long lines of people who chatted amongst one another as they waited for free sausage sandwiches, thanks to some inter-generational generosity courtesy of Youth Off the Streets’ BBQ facilities.

Inside people were swaying and swinging their arms high to a group exercise performance of the song ‘I Can’t Help Falling in Love Again’.

At the NSW Police stall, an officer smiled and said people did not seem to have seem to have too many worries about their local neighbourhoods. “It’s been more about them coming up to us to have a chat,” he said. “They’re just being social. Wanting to get to know us. Asking us where we are from, who we are. It’s been really good.”

At the outside marquee for Raffan, Kellaher & Thomas, Fine Art, General Auctioneers and Valuers, Celine Gallais said she’d seen prints, paintings, jewellery and “a very nice diamond watch from the 1920s. But people mostly haven’t needed a value on things, they want more to know what something was, its history. Mostly they’re just curious about something they’ve inherited and held on to that matters to them. A lot of it has been about feelings”.

Back inside Margaret Gemmell and Patty Perkins had finished their gelatos and were about to take a spin around the stalls again. According to Patty, “Everything has been great. Just great. We all got picked up at home by bus! It’s so nice to have a day out like this. Its been wonderful.” 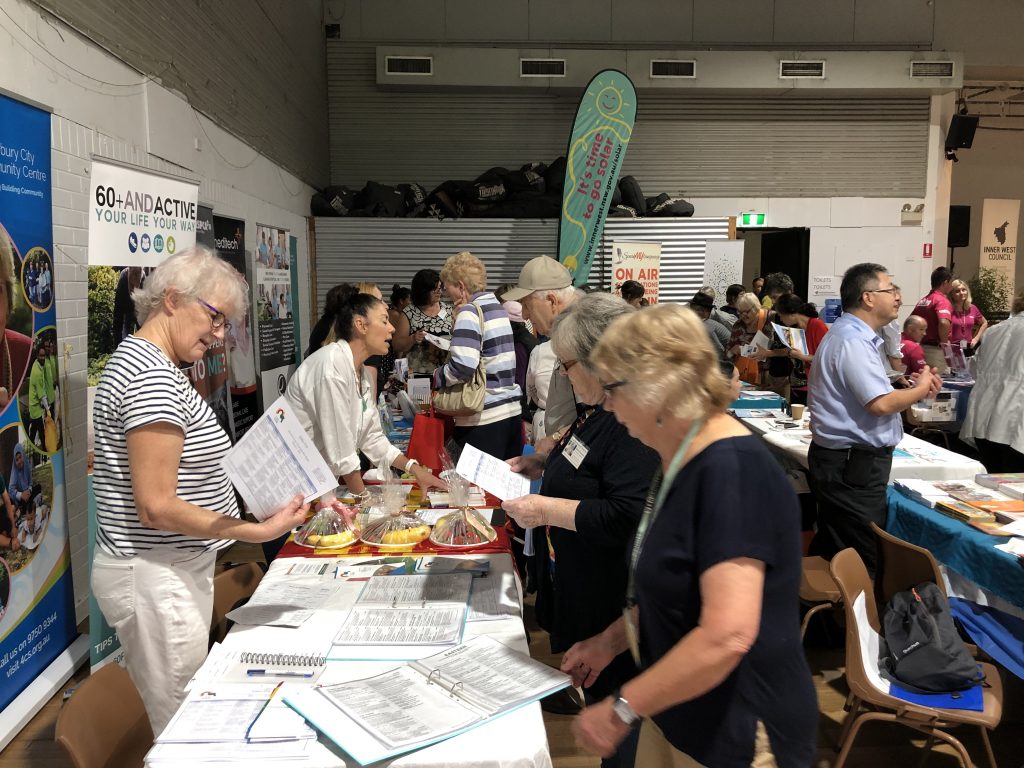