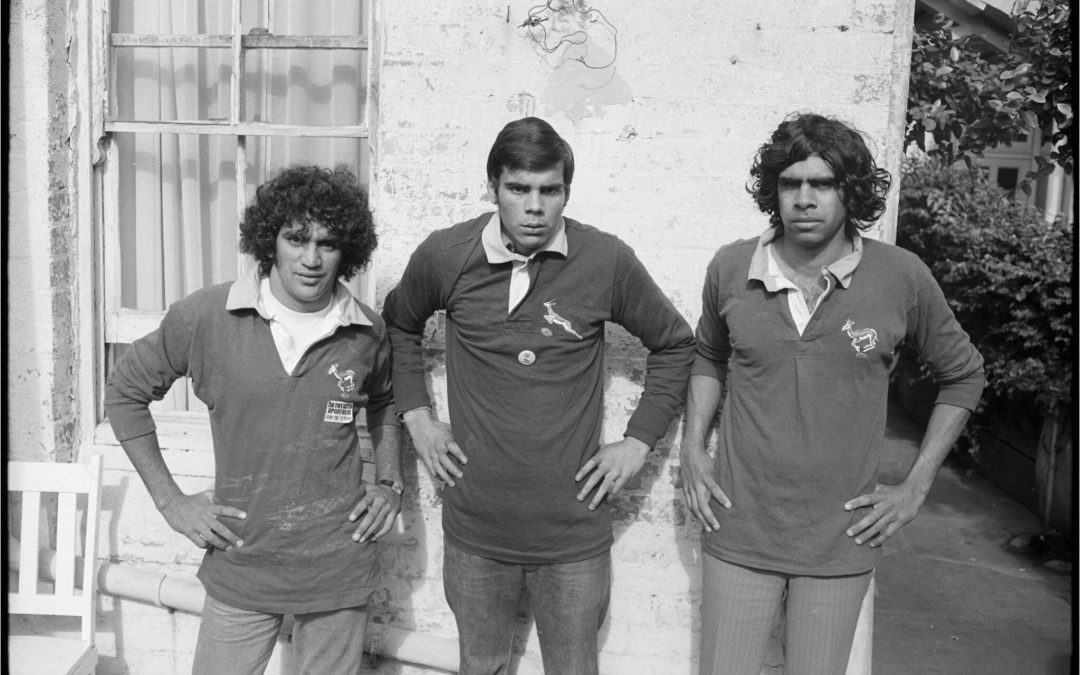 On this day, in 1971, the South African national rugby union team, the Springboks, played Australia at the Sydney Cricket Ground. Here, just like the other places they played on their tour, the Springboks met with protests outside the grounds, on the streets and even on the pitch. The team was representing apartheid South Africa – a nation with racial discrimination enshrined in its laws and brutally enforced by its police and military.

The Springboks were an all-white team from a nation with a black and coloured majority. A South African judge in 1963 had said: “No black man will ever wear a Springbok jersey.” Australian rugby union player Jim Boyce gave four Springboks jerseys to Aboriginal rights activists.

While Australia had officially endorsed the tour, plenty of Australians could not focus on a football while racism was staring them in the face.

Seven Wallabies bravely refused to play with South Africa in 1971. Thousands of fans boycotted the games, while thousands of others protested outside (and inside) the stadiums. At the SCG, around 2,500 anti-apartheid protestors managed to enter as ‘spectators’ only to disrupt the match. It was messy but the message was clear: racism was not welcome in Sydney. 700 protestors were arrested across the country during the Springboks’ tour, and a state of emergency was declared in Queensland.

50 years on, after the appalling racism that came out this week with England’s loss in the Euro Cup, the shameful treatment of AFL legend Adam Goodes, and debates over our cricket team taking the knee to honour victims of racist violence − we know that sport cannot be divorced from the values and challenges of its time. Our Addi Road Ambassador Craig Foster, a former Socceroos captain, reminds us daily of the potential for sport to bring out the best in human beings both on and off the field.

Today, let’s take a moment to remember that those seemingly small acts of protest and boycott in Sydney 50 years ago were part of an international movement that helped the people of South Africa bring down the apartheid system and its government.

Some of the people who were part of the Springbok tour protests in Sydney are honoured on the Honour Roll for Peace at Addi Road, but most of them remain unsung heroes, like so many who stand up against racism all over the world, wherever they are – in the streets or in supermarkets, on social media channels or sports grounds. Like the people of South Africa who fought for freedom from apartheid, they have justice, and history, on their side.

The photo above is “Aboriginal men including Billy Craigie and Gary Williams wearing Springbok jerseys, 1971” from the Mitchell Library, State Library of New South Wales, courtesy of the SEARCH Foundation.

An excellent article about anti-racism history and Australian rugby union by Spiro Zavos ran in The Sydney Morning Herald on 30 September 2016; and Larry Writer’s book, Pitched Battle – In the frontline of the 1971 Springbok tour of Australia, covers the historic protests in detail. Also, for a fantastic range of inspiring material, check ‘The Koori History Website’.