One Fine Evening in April 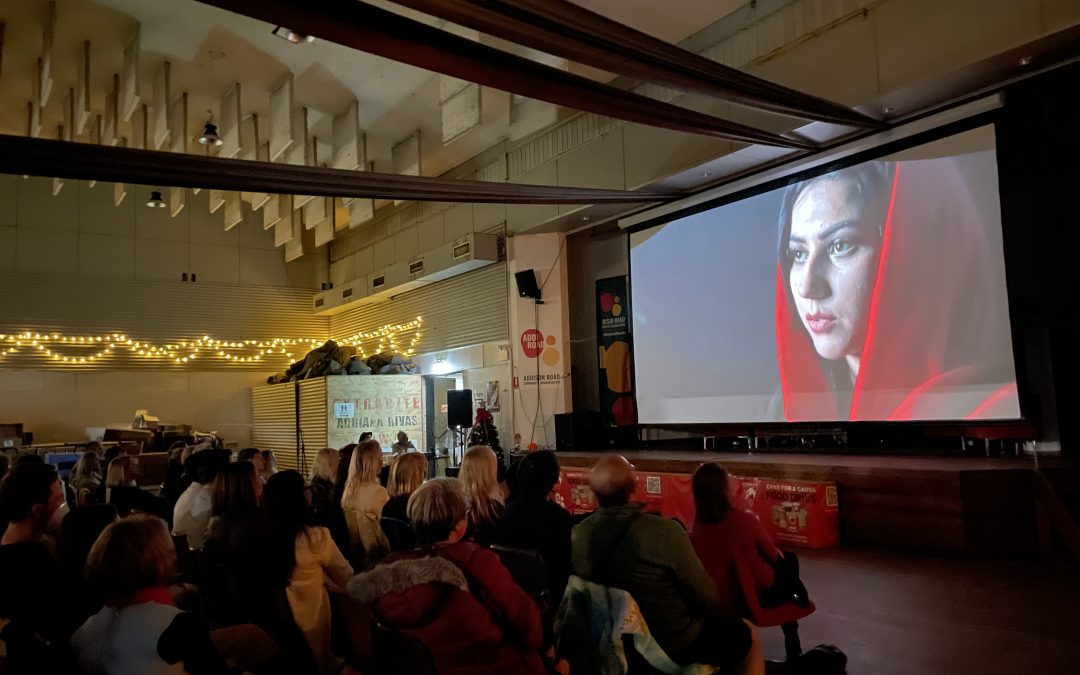 An Addi Road Production, the film details the gripping story of 15 young women forced to make their escape from Kabul as the Taliban enter the city and seize ultimate power in Afghanistan. Outside there is gun fire in the streets, part-celebration, part-signal of the insurgent malice; the Taliban begin going door-to-door, looking for sex slaves and wives as young as 14-years-old. Soon they will be entrenched in power, turning back the clock, denying females a right to education.

Demographically one of the youngest nations on the planet, most of Afghanistan population has no living memory of the Taliban’s rule. The young, especially, are used to their democracy, to a right to education, to a far more modern and open way of life. But they know the bad history all too well. And it is with disbelief, even denial, that they watch the Taliban move so quickly to take control of their world again.

The takeover of Kabul occurs so fast 15 female high school and university students, who have set out from their homes as usual that morning, must flee their educational establishments and find refuge in the home of Marwa Moeen. Many will never see their families again.

Over the next week Marwa begins to make contact with community activists in Australia, as well as recording a chilling interview with Radio National’s Fran Kelly as the girls begin to panic and make a suicide pact rather than be taken alive by the Taliban.

Marwa’s friend Farhat Kohistani has meanwhile set out alone on a great journey across Afghanistan to find her own freedom. A young woman’s rights activist in Kabul, she has read the danger signals a few days sooner and clearer. She runs; but where can she go as moves across the border? And what is happening to Marwa and those she has left behind?

Back in Kabul, Marwa Moeen reaches Tamkin Hakim, explaining there are 15 girls hiding in a room. Afraid to go out and get water, afraid to be heard. “Every house is a gaol.”

Tamkin contacts “the one person she can trust”, Addi Road CEO Rosanna Barbero. Soon Craig Foster and Kurdish refugee Mostafa ‘Moz’ Azimitabar are all involved along with Rosanna and Tamkin, who have rallied a collective of women to help them put together complex set of passport and visa applications.

It is a race against time as the young women summon up the courage to leave Kabul in the early morning darkness. All the while they continue communicating overnight, and in whispered secret, to their contacts in Australia.

This is only the outline of a mighty story told personally and intensely through the accounts of Marwa Moeen, Farhat Kohistani and Farhat Nazari, who map their journeys from Kabul – while Tamkin Hakim, Craig Foster, Rosanna Barbero and Mostafa ‘Moz’ Azimitabar do everything in their power from Sydney to help them make it out alive.

Screened inside Addi Road’s Gumbramorra Hall, the documentary Die. Or Die Trying. Escaping the Taliban made for an edgy and ultimately inspiring night, with the young women who made it through to Sydney all present to watch the film – and the key figures involved taking the stage for an in-conversation event immediately after the premiere screening.

There was a feeling in the hall of community action and engagement achieving something against the odds. Of brave young women that were still finding their place and their future in a new country; brave young women still grieving for what they have lost and the families and friends that are still in Afghanistan.

Mayor Darcy Byrne – whose Inner West Council had partially funded the film – lauded their courage, commitment and “big heart”. “It’s extraordinary,” he added, “that Addi Road have been able to achieve such a great community mobilisation”, noting the rise of the organisation in “meeting contemporary needs in extraordinary circumstances” from Covid and flood relief to refugee support.

Addi Road CEO Rosanna Barbero said this “communal solidarity and collective responsibility” was essential to helping the young women escape Kabul. More than that, it was a major factor in all of Addi Road’s work. “A community mobilising to look after each other and bring change.”

Die. Or Die Trying. Escaping the Taliban was introduced by 15-year-old school girl Charli Foster, emphasising a night that naturally reflected the concerns and ideals of youth in ways both large and small. Tamkin Hakim reinforced this when she spoke of the young Afghan women as exactly that, teenagers and young women with all the typical concerns and interests of their age group.

Craig Foster highlighted the importance of telling stories and finding “the human face behind the headlines we read about”, and what a great asset these young women were to Australia: strong, proud, intelligent, and driven to change the world for the better.

After the film, Farhat Kohistani address the education issues in Afghanistan for young women and begged us all to help “stop the gender Apartheid” that was happening in her home country. Her own opportunities to study English and now do her HSC in Sydney were inevitably bittersweet by comparison. “I am 21 years old but I have not been long here in Australia, only five months, so I have to say I am only six months old for you.”

Marwa Moeen pined for those she cared for back in Afghanistan, and spoke likewise of renewed educational opportunities – truncated in Kabul so suddenly – as university student soon to begin her very first semester here at UTS. She also spoke of wanting to talk to girls’ schools and let young women in Australia know the true story of her journey and what was happening to the lives of women in Afghanistan today.

Farhat Nazari spoke similarly, quietly, of learning English and her dreams for the future in Sydney. She was getting a job in a restaurant, a new social enterprise promoting Afghan food and supporting refugees like her, that is soon to open its doors in Circular Quay. She spoke too of something else that was deep inside her body: the headaches that plagued her; the illness a doctor said was not there; a stress that had not left her and that keeps her from sleeping every night. “I remember my family. I think of them in Kabul.”

A fine film. A heartfelt conversation. A large hall of full of people engaged and energised by Die. Or Die Trying. Escaping the Taliban. A story that is continuing. And a community deeply involved in its telling.