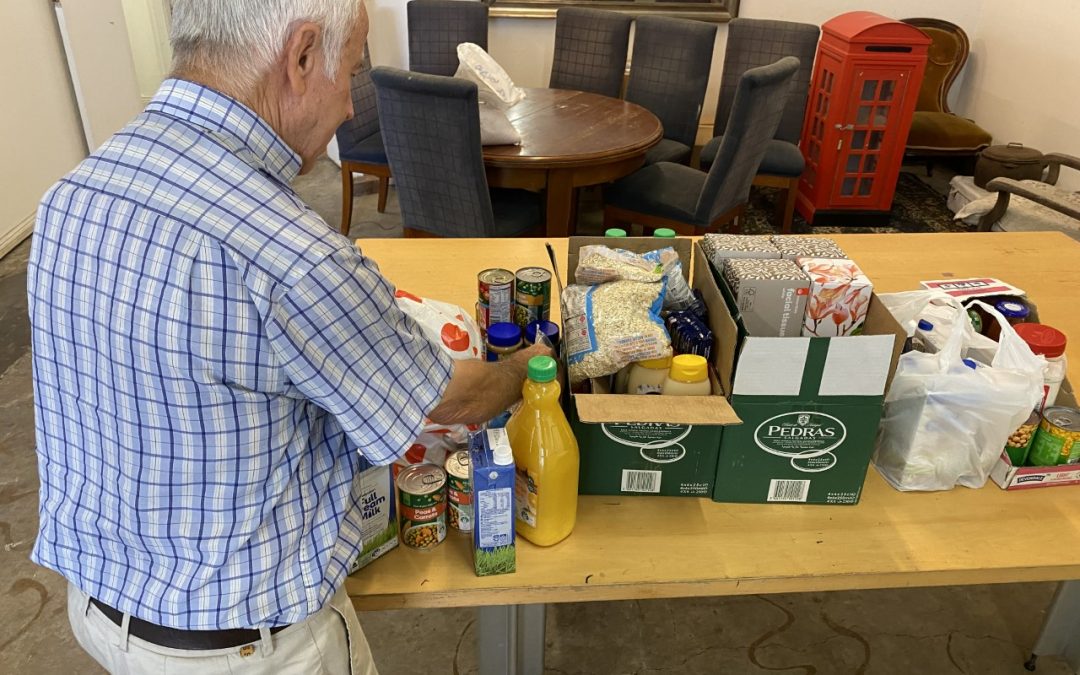 Everybody talks about Joe. He’s been coming into Addi Road Food Pantry Marrickville every week for the last three months or more. Sometimes Joe comes in as often as three times in a single week. Each time, he unloads his car with boxes of food and donates it to us for people in need.
Joe does not want his picture taken, then he relents and says it’s okay if we take a photo of him “but only from behind. I don’t want publicity for me.”
Part of the reason for making his donations involves his experiences as a young man in Europe travelling around looking for work. Originally from Portugal, he found himself in Paris “living under a bridge for two weeks”.
Joe remembers that experience well – and many others that make him think of how important it is to share things and have food, as well as how people don’t always have what they need to get by: a home, a job, a family, something to eat, a feeling someone cares or even just notices they are there. He’s only a pensioner, so he does not have lots of money to spend. “But when I go shopping and I see things on half-price sale at the supermarkets, I always get two or more when I can,” he says, pointing to his head to show the thought arriving and staying there. “One for me and one for the Food Pantry here.”
He found out about Addi Road from watching television and a story on the news about the outreach work we were running across Sydney in response to Covid. Community can be a very big thing, bigger than you think. Joe says, “I have lived in Marrickville for a while now. I used to know people here, but they moved away to Rhodes. When I saw the story on TV I saw them again! I saw your van, I saw the writing. And these people I knew getting their food.”
He touches his heart with a bit of pain. “People I knew,” he says a second time. “So that really made me want to bring something here. I remember them. I remember being under the bridge.”
+
YOU can donate to Addi Road’s food security and food rescue programs here.
#AddiRoad #foodjustice #community #foodrescue #donors #marrickville #foodsecurity #poverty #socialjustice
X