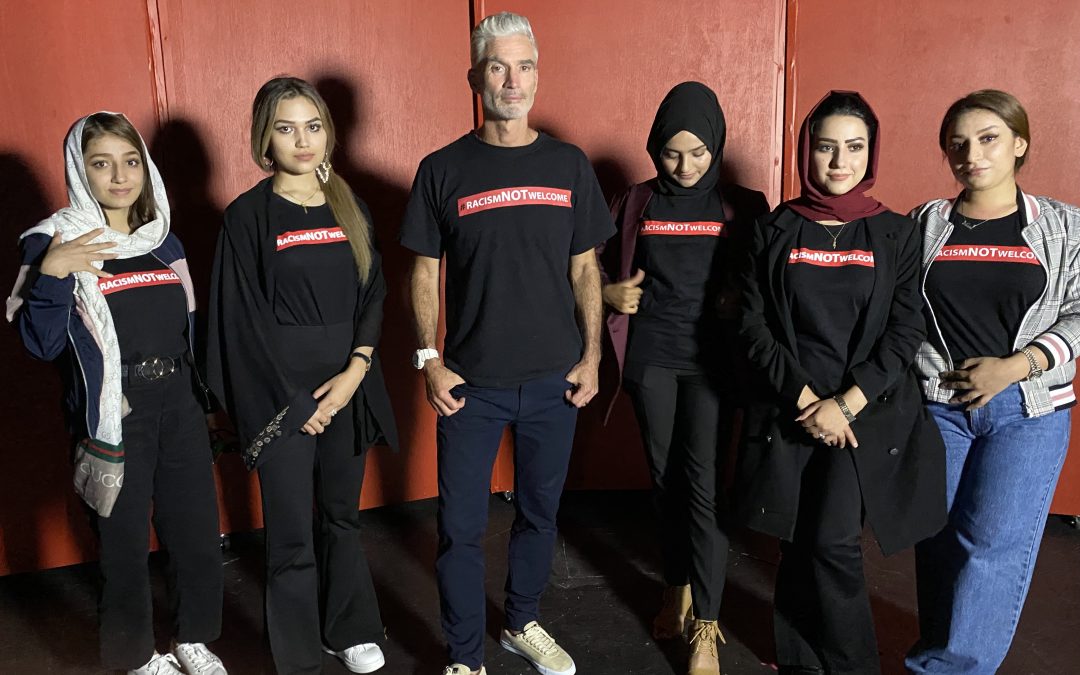 Entry to screening is free.

You are invited to attend the premiere screening of Die. Or Die Trying. Escaping the Taliban at 6pm on Friday, 22 April.

The one-hour documentary film depicts the gripping and emotional experience of 15 young women from Kabul as the Taliban invade their city and seize power.

Hiding in a single room while the Taliban fire off guns in the streets and go door-to-door seeking sex slaves and wives, a terrified group of female high school and university students must puzzle out how to flee Afghanistan “or die trying”.

They make contact by phone with community activists in Australia and chart a dangerous undercover journey by night through Kabul, then across international borders to freedom. Here they must begin a new life in Sydney while still grieving for the world they have lost.

Told through the direct accounts of three of the young women – and the activists they reached out to – this is the story of 15 young women’s faith in their right to education and equality. A life-or-death belief symbolic of the struggle for self-determination that all Afghan women are now going through under the Taliban.

It’s also the story of how a community far away mobilizes to support a group of young women when they hear their calls, guiding them to safety against all the odds.

After the screening the young Afghan women who appear in Die. Or Die Trying. Escaping the Taliban will be joined by Craig Foster and Tamkin Hakim to discuss their journey from Afghanistan and Australia. Please join us for the film and the conversation.

Die. Or Die Trying. Escaping the Taliban is an Addi Road Production.

Special thanks to Marwa Moeen, Farhat Nazari and Farhat Kohistani for telling their story.

Thanks too to those who heard their appeals for help and answered them as part of the greater Addi Road community, especially Tamkin Hakim, Rosanna Barbero, Craig Foster and Mostafa ‘Moz’ Azamitabar.

Thanks also to Inner West Council for partial funding.