Creativity and Mental Health in Tough Times – A Conversation

What do we make of ourselves in the time of Covid-19? What kind of face might we have behind our masks? How do we cope with a year that began in fire and smoke, and closes with the same environmental nightmare looming? All the while, we must learn how to cope with the long-term demands of social distancing and always, always, always remembering to wash our hands: ‘the new normal’ of a world where breathing and touching demands our utmost caution.

Art has been one of the great salves and hopes of our time. It makes us feel less alone; it reaches out to us; it still contains promises and dreams. We turn to our bookshelves and finally read that forever unread copy of Albert Camus’ The Plague to understand the challenges of living now. We watch musicians in lockdown gift themselves  on YouTube with songs of bareness and intimacy: Paul Weller being filmed by his wife, relaxed at home playing his guitar on a stairwell; Nick Cave utterly solo in concert; or some complete unknown, among the many unknown people out there, making a home video or podcast of their songs and feelings and giving it to the world on social media.

When the history is done, will there be a Goya or a Lorca who painted or sung us on into the future? Or will some small message or song from the humblest of corners be the thing that most endures?

It is a strange, is it not, to be so fearful and anxious for our lives – and even more so for the world that our children are entering – and yet be so inspired to break out of ourselves and meet the challenges of this era by whatever means we can. Art is the vaccine of the moment. At least till a more medical one might come along. Music, painting, film, performance, poetry … all manner of expression is emerging where our sense of mortality is so heightened it can become something akin to an ecstasy of awareness.

Of course, we also see the long-developing cracks in our society. The inequalities and injustices – from the decimation of labour rights to the abuses of the unemployed and the ‘casualised’ – the vicious corruption of a place like Sydney, where rental struggles and homelessness are magnified to levels that should shame us – are all becoming harder, meaner and clearer. Covid 19 has turned these cracks into chasms that we all must face. If one of us is sick or crushed, we all are. We are beginning to learn that much.

Art, creativity, expression …. In tough times the artists themselves are battling to exist too, especially the performers unable to perform and make an income of any kind. Yet we need our artists all the more – and we need an art within us to get by. Creativity is a thing to be shared, a way to communicate, and a release of all those feelings within that can help us find common voice and greater unity. As well as a mix of consolation and optimism, and even the energy to create some change for the better.

This is just part of the conversation that we will be having on Friday. Let’s see what we can make of these times our place in them.

Creativity and Mental health in Tough Times – A Conversation

Friday 2nd October 2020, 2pm to 4pm inside the Greek Theatre

Mark Mordue is Addi Road’s Media and Communications Manager. He has published two books of poetry, Darlinghurst Funeral Rites and Via Us: Poems From Inside The Corona. He is the winner of a 1992 Human Rights Media Award and the 2010 Pascall Prize: Australian Critic of the Year.  His upcoming biography, Boy on Fire: The Young Nick Cave, and is due to appear this November. Mark is also the author of Addi Road’s children’s book, The Hollow Tree, a story about the environment, community and our children’s creative voice. 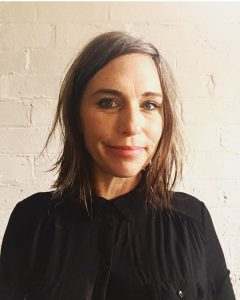 Caitlin Marshall is a social worker, arts enthusiast, creative practitioner and the co-founder of MakeShift, a support and education agency that connects creativity and mental health for social change. She designed and created a Creativity on Prescription course that teaches creative practices for mental health recovery. Her work is centred around the fundamental human need to engage in creativity, and in dismantling the barriers that stop us from doing that. 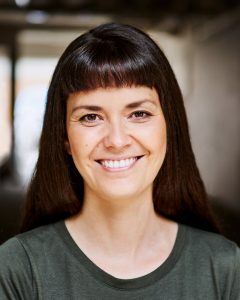 Fran Middleton is a Sydney based stand-up comedian, creator and actor originally from Perth. Her time here has seen her delve into climate activism and community development, and she’s honoured to bring those experiences, along with some compassionate yogi vibes, to this valuable conversation at Addi Road. 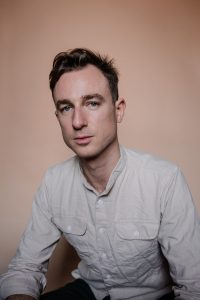 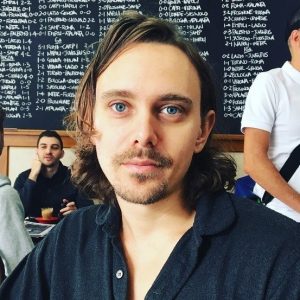 Sam Zubrycki is a filmmaker based in Sydney, Australia who has been working in the arts industry for over fifteen years. He has been involved in a range of productions from feature films to observational documentaries and has also worked on a number of international co-productions that have led to an array of collaborations with filmmakers from around the world. His first feature documentary, MIGUELITO about a child Puerto Rican salsa singer and described as the Caribbean ‘Searching for Sugarman’ had its world premiere at Festival Internacional de Cine De Cartagena de Indias, 59 in Colombia, 2019 and has since been on the festival circuit including Raindance Film Festival in London and the prestigious Margaret Mead Documentary Film Festival in New York City. Apart from film Sam has an extensive background and knowledge of music. He teaches trumpet privately, co-hosts a radio show on 94.5 FBi Radio (Bare Necessities) and performs around Sydney as a deejay.

Event is FREE. More information and booking can be made here.