When Sydney filled the streets to stop a war

Fifty years ago, change was afoot in the streets of Australia’s cities. Hundreds of thousands of people went out into the streets to express dissent. They wanted to stop the war in Vietnam, a war that Australia had committed to fighting, alongside the United States, in 1965. At first in tiny numbers, they stepped out against the conscription of young Australian men to fight overseas, but by 1970 a broad and vocal anti-war movement had developed across the nation and crowds of up to 200,000 people filled the streets of state capitals. The huge protest marches of 1970 called for the end of Australian involvement – a halt or pause: a moratorium – in the Vietnam War.

We hear from an historian and activists about how the techniques and ideals of the anti-war movement are echoed in more recent Australian social campaigns and activist traditions. While it’s now 50 years since the Vietnam Moratorium movement filled our streets, many of the changes it reflected and helped to bring about still ripple through our nation.

Cover image: A “Save our Sons” demonstration at Marrickville Army Barracks, New South Wales. Noreen Hewett is second from the left. University of Melbourne Archives. 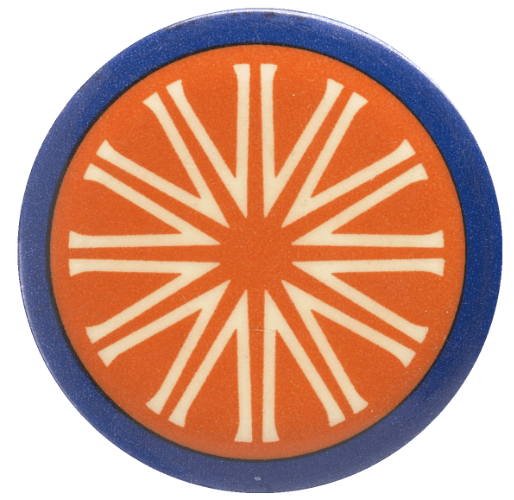 When the Defence Act was amended in 1965 to allow draftees to serve overseas, most Australians were supportive of the decision, but small portions of the public were already voicing their opposition to the draft and to Australia’s involvement in the Vietnam War. Mostly, opponents of conscription were pacifists or mothers of drafted young men. The early days of protest were a time of engaging others in moral and political debate and recruiting sympathisers. At universities, progressive academics were inviting students to ‘teach-ins’, informal lecture and discussion groups, and new organisations were founded. However, it wasn’t easy to bring many around to the idea of protesting government policies.

In this section, you can hear recollections from Helen Jarvis and Rowan Cahill about the early days of the anti-war movement in Sydney.

Dr Helen Jarvis is honoured for her Asia-Pacific solidarity work on the Honour Roll for Peace at Addison Road. Dr Rowan Cahill is a renowned draft resister and author of the book Radical Sydney.

On the early days of the anti-war movement

Fundraising for the movement

Breaking the 'ivory towers' of university 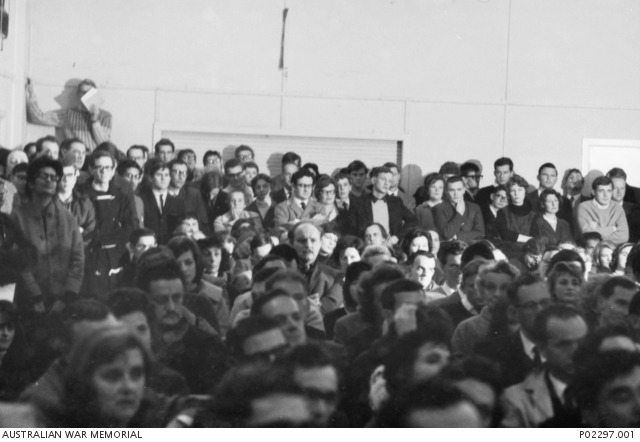 In the thick of it

As the anti-war movement gained momentum, more people joined the marches on the streets of Australian cities. As the number of people involved increased, activists worked around the clock to organise rallies and, among other things, raise funds for logistics and legal aid for people arrested at protests or disobeying orders to register for national service (‘the draft’).

Other than public protest, direct action was taken in many, often creative, ways such as creating fake data to slow down the bureaucracy of conscription. As with any rebel movement, conflict with the authorities was unavoidable. Tactics to evade or minimise damage during conflicts were developed.

In this section, you can hear stories about how campaigners organised, and the diversity of voices within the anti-war movement. (Warning: The clip ‘Different voices in the movement’ contains swearing.)

Solidarity & bail... it all took organising

Different voices in the movement 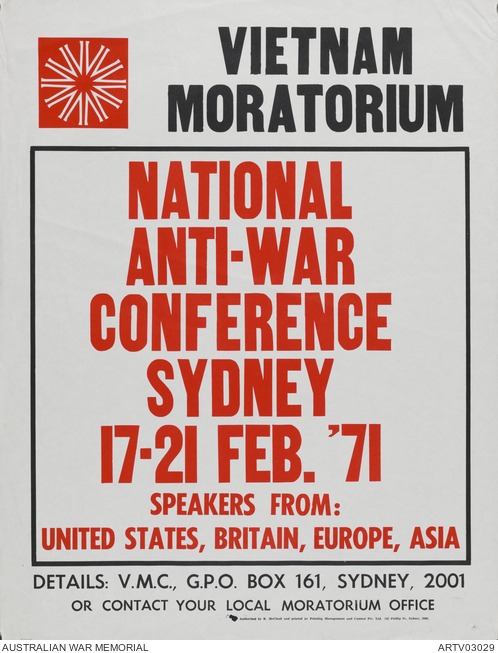 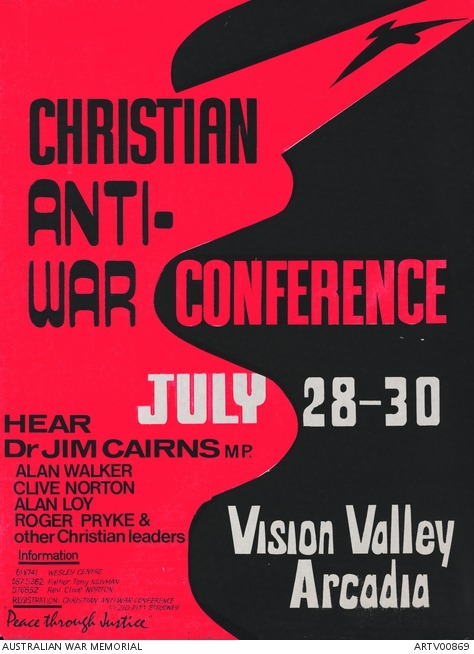 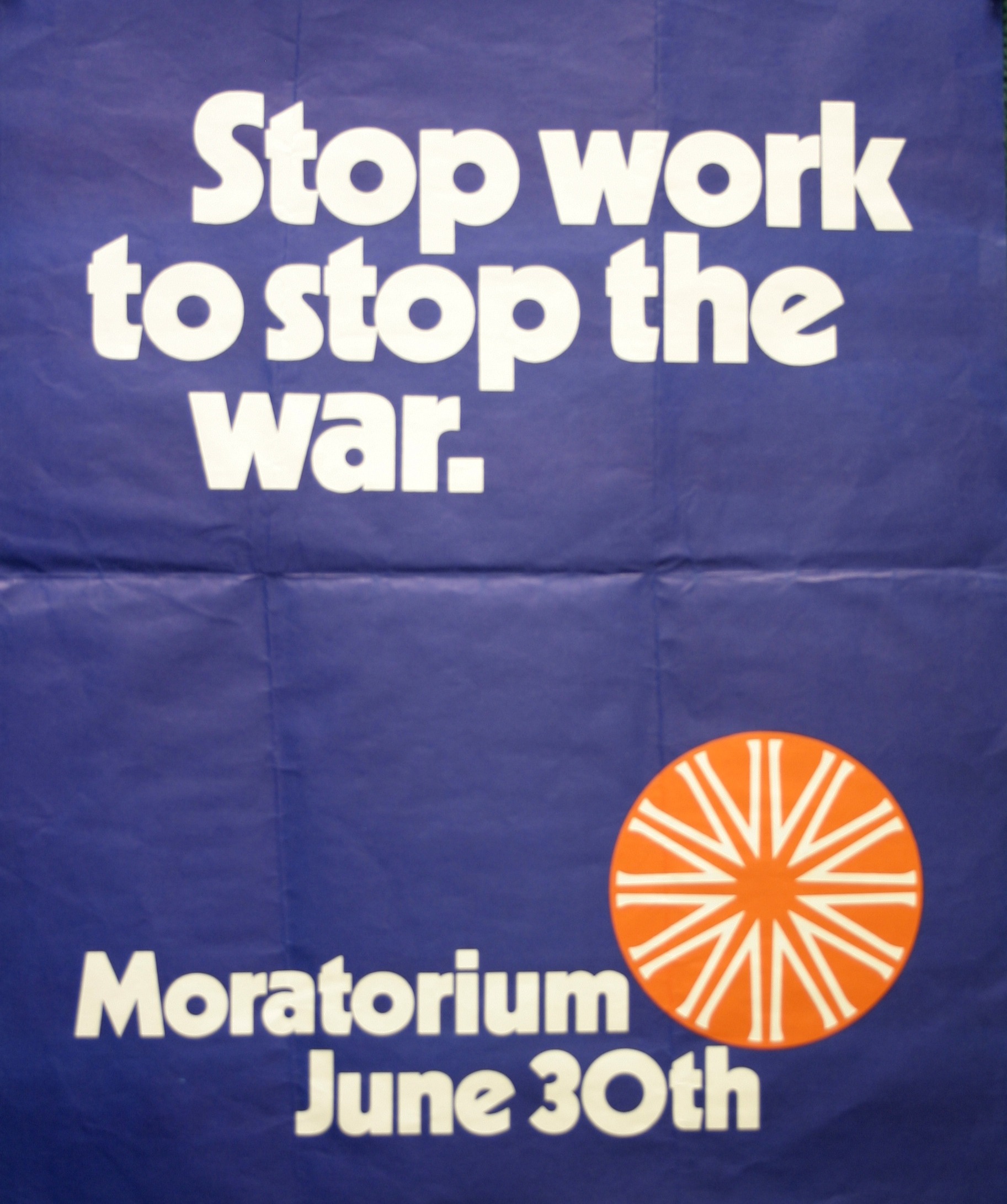 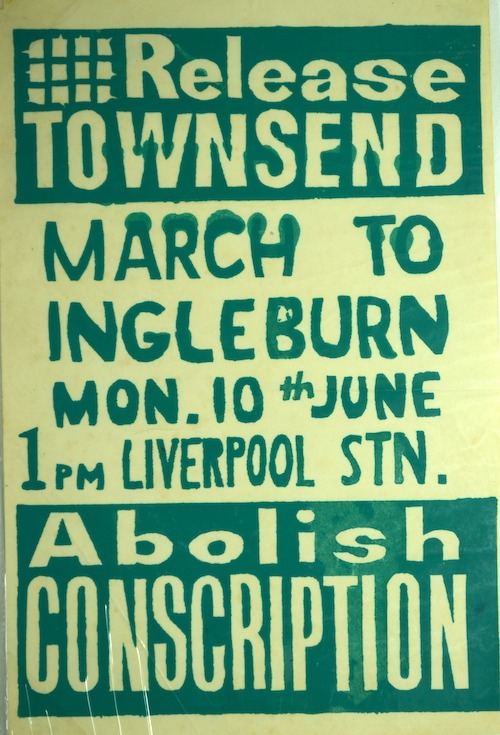 The Save Our Sons Movement

The first protests of the anti-war movement began in 1965, a year after the federal government amended the Defence Act to permit conscripts to serve overseas. In the beginning, the movement was made up of concerned mothers and pacifists of many generations’ standing. The mothers wanted to prevent their sons from being sent to serve in a war they felt was not theirs to fight. Bear in mind that at the time, the youngest men drafted for the Vietnam War were not old enough to vote.

A movement called Save Our Sons was founded first in Sydney, then later in other Australian cities. Founding members included Noreen Hewett and Joyce Golgerth. The Save Our Sons women protested tirelessly against the draft. One of the places where they regularly protested was in front of the Marrickville army depot, the future location of Addison Road Community Centre. Save Our Sons protested here at each and every call-up of conscripts until December 1972, when conscription was ended.

In this section, we present excerpts from an interview with Noreen Hewett, conducted by Sue Castrique for the for Addison Road Community Organisation’s Living Museum program in 2009, three years before Noreen’s passing. A plaque dedicated to Noreen Hewett was the first to be installed on the Honour Roll for Peace inaugurated at the gates of Addison Road Community Centre in 2016.

Noreen Hewett – A fighter of her times

Noreen Hewett (nee Emerson) was born in 1920 to George and Alice Emerson, the fourth of five children. Noreen had hands-on experience of how war can affect a family after her father, a First World War veteran, committed suicide in 1934 from war-induced trauma.

Noreen married Sydney Hewett in 1944. They started a family with his young son Roy, and the next year their son Rex was born. Twenty years later, in 1965, Noreen co-founded the Save Our Sons movement with Joyce Golgerth after Rex had been drafted for national service. Although her son took a stand as a conscientious objector, Noreen stated that she would have been part of the movement even if her own son was not on the line for Vietnam.

A few days after formally starting Save Our Sons, members went to Canberra to voice their concerns to the politicians there. Save Our Sons quickly became a national movement as mothers from other states started their own campaigns.

During these times, Noreen went through many moving experiences and found unexpected comrades in her fight against conscription. She recalls a protest when “LBJ”, as US president Lyndon Johnson was called, visited Canberra and she was surrounded by a mob of hostile public servants but ended up having an enthusiastic debate with them, and when conservative women who wouldn’t dream of being activists marched with her to save their families. These stories and more can be heard in her oral history interview in the Addi Road Living Museum collection. 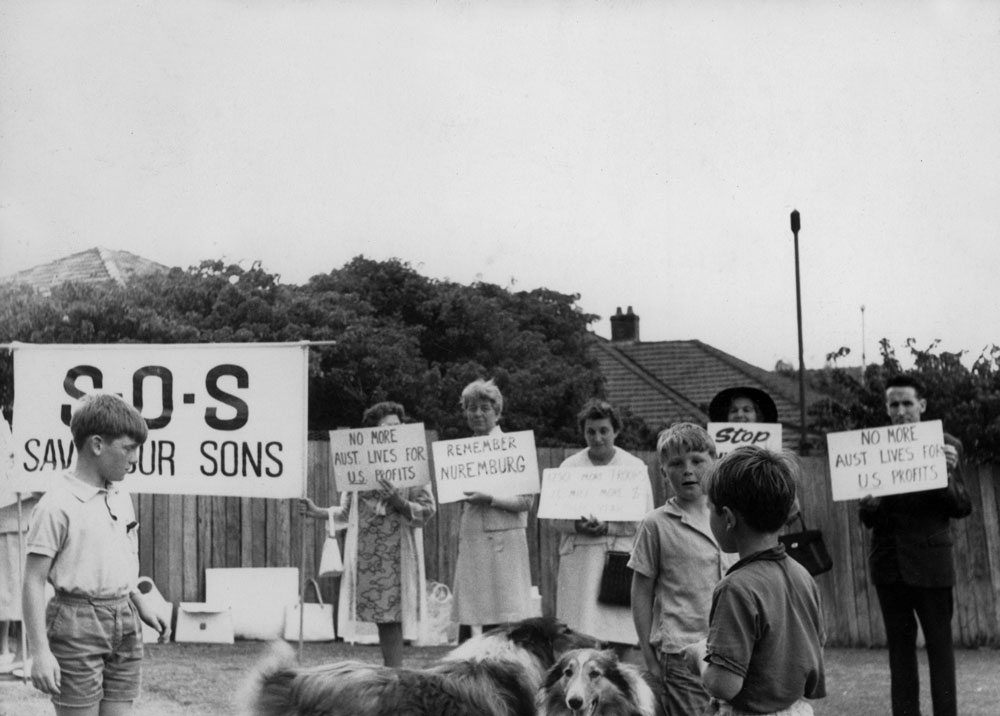 Image: A “Save our Sons” demonstration at Marrickville Army Barracks, New South Wales. Noreen Hewett is second from the left. University of Melbourne Archives. 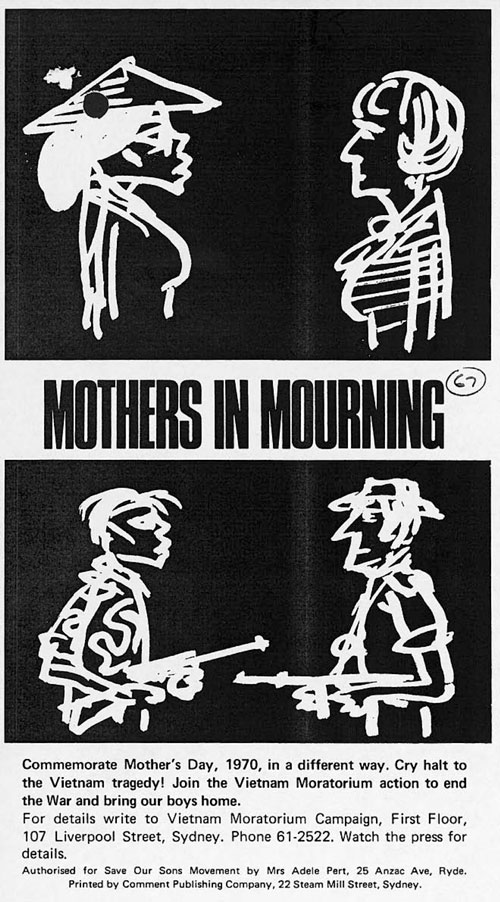 Image: ‘Mothers in Mourning’ poster featuring the slogan produced by the Save Our Sons movement for Mothers’ Day 1970 as part of the anti-conscription campaign during the Vietnam War. Australian Peace Museum.

During the Vietnam War, protesters and opponents of the war would decorate themselves with anti-war badges. The badges were designed with slogans calling for an end to war or conscription, and pro-peace messages. One of the most recognisable logos of the movement is one depicting radiating white lines on an orange background. Designed by Bob Daly, according to The Guardian, the logo was inspired by the Hindu wheel of life. It was adopted as the symbol of the Moratorium movement, which itself had many strands, from Christian pacifists to supporters of the North Vietnamese communists. 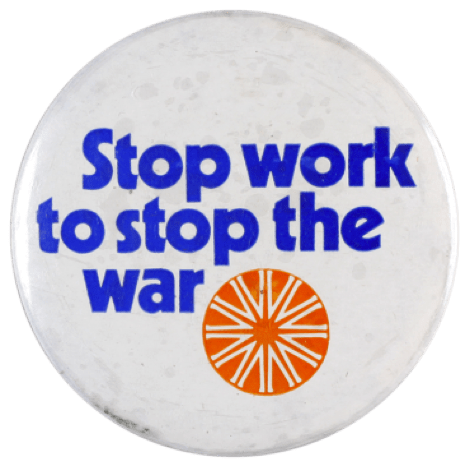 The use of badges to express ideology and identity can be traced back to medieval Europe, where pilgrims wore badges representing their sacred destinations. Badges also hold an important place in military tradition, signifying rank and accolades. In the 19th century, badges were used to express opinions on general elections or social issues such as the abolition of slavery. The 20th century saw the popularisation of badges as a medium of political and personal expression, with a wide range of social movements using badges to get their messages across.

Here in Addison Road Community Organisation’s Living Museum collection, we have around 300 badges from various social movements, donated by life-long peace and justice activist Hannah Middleton. We are in the process of digitising our collection. Currently, more than 90 of our badges are available for you to see on collections platform, e-Hive. As well as badges from the Vietnam Moratorium movement, you might see badges supporting the anti-nuclear movement, Aboriginal land rights, and even pacifism from the First World War. 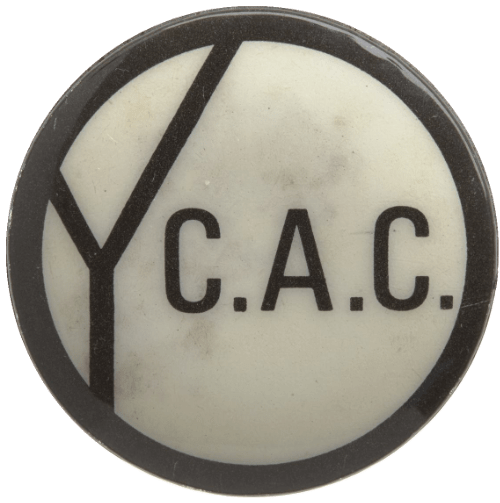 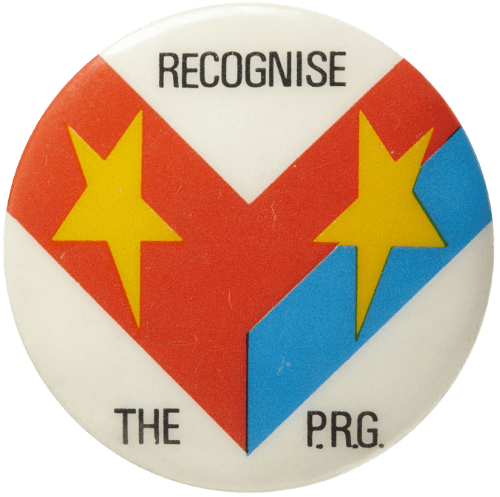 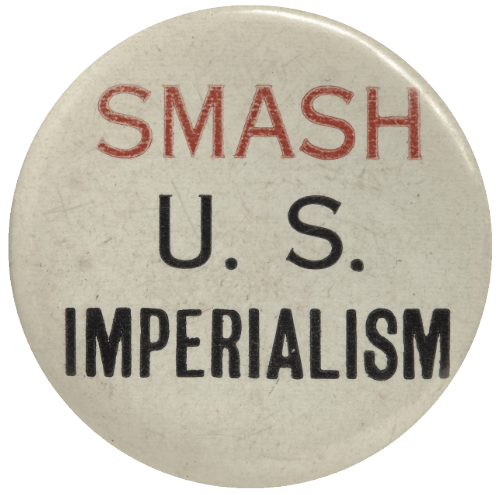 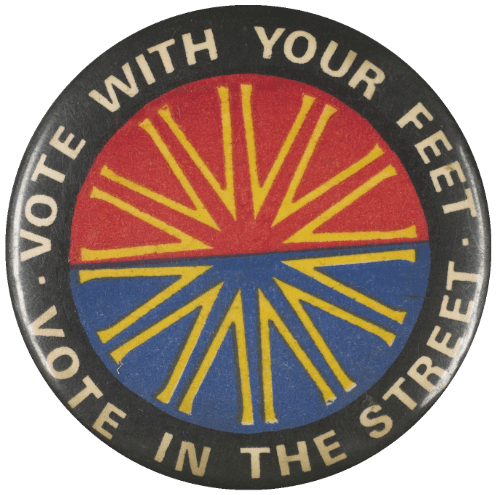 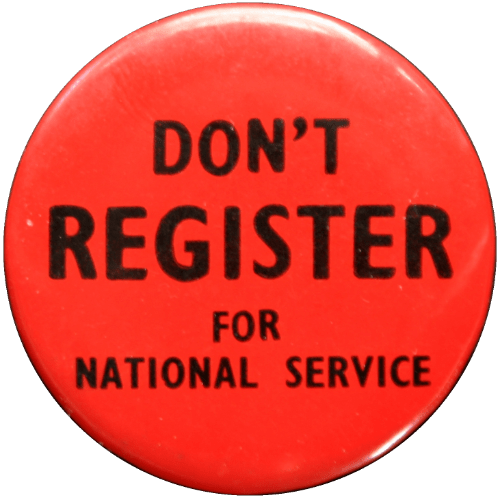 The anti-Vietnam War movement was one of the biggest social awakenings ever seen in Australia, and Western society in general. In Australia, it ended a decades-long era of conservatism and brought social progress into the mainstream narrative. It was proven that direct action through social movements could be effective in shifting public perspectives on government policy.

The know-how around organising and bringing about social change proved to be useful in instigating other new social movements. During the decades after the Moratoriums, various sections of society would employ similar methods to stimulate social change. These would include, among many, the women’s liberation movement, LGBTQIA+ rights movements, Indigenous rights movements, and environmental protection campaigns.

In this section, you can hear ideas about how the Moratorium and anti-war movements changed how Australians engaged in activism and social change.

Mark Dapin is a journalist and author of Australia’s Vietnam: Myth vs History.

What did mass civil disobedience achieve?

The lesson is to be active

Democracy is a work in progress 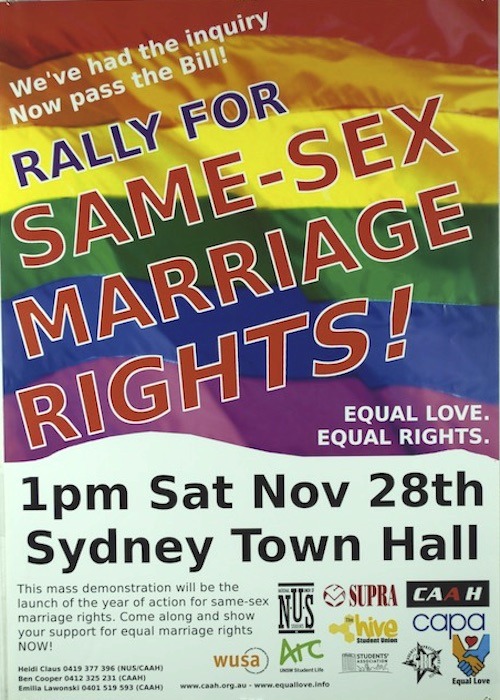 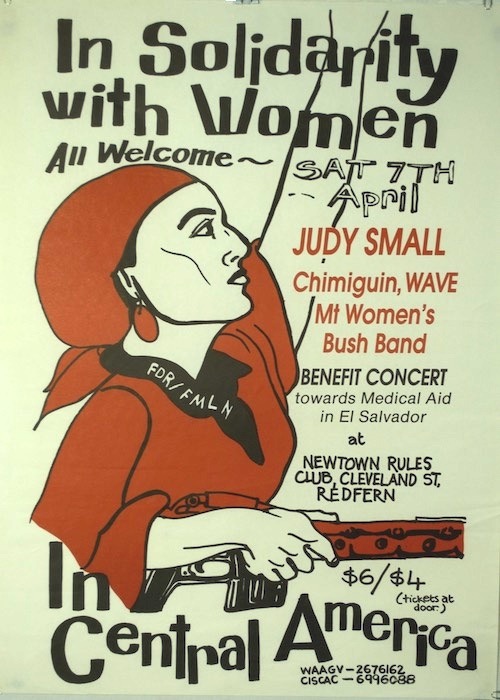 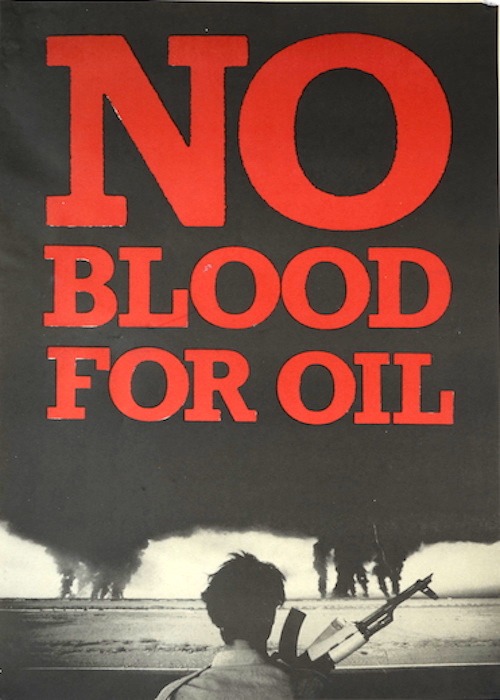 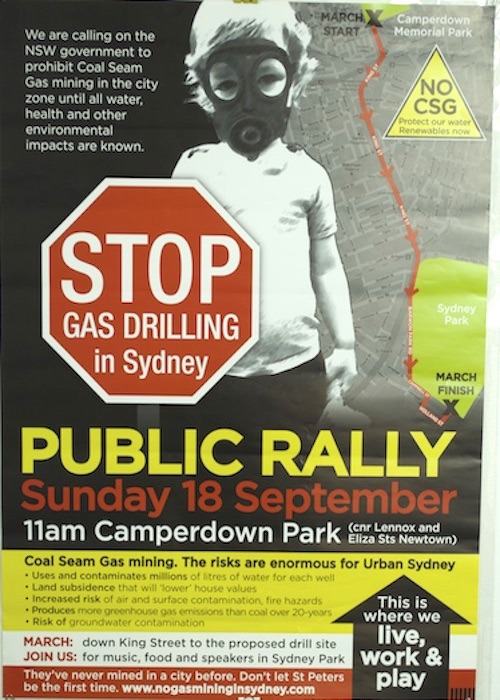 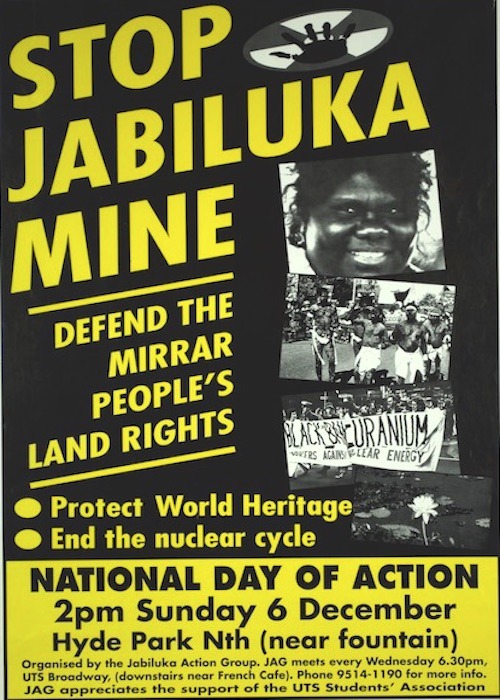 MORATORIUM: When Sydney filled the streets to stop a war